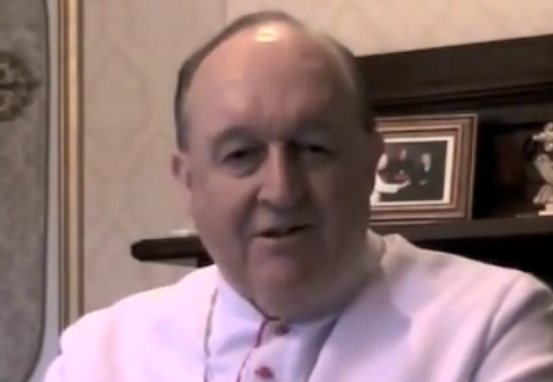 In November’s Quadrant, Gerard Henderson touched on the case of Archbishop Philip Wilson, who today (Dec. 6) saw overturned his conviction for failing to report a pedophile priest some four decades earlier:

Now move forward to Tuesday, July 3, 2018, following the conviction in the Newcastle Local Court of Archbishop Philip Wilson of Adelaide, who was found guilty by Magistrate Robert Stone of covering up child sexual abuse in the Maitland-Newcastle diocese in 1976, when he was a junior priest aged around twenty-five. Due to the vagaries of Section 316 in the New South Wales Crimes Act, the archbishop’s conviction turned on the failure to have a reasonable excuse for not reporting the matter to the New South Wales Police during the period April 2004 to January 2006. He is appealing against the decision.

On the ABC TV’s The Drum that evening, discussion turned to the Wilson case. Presenter Julia Baird noted towards the end of the discussion that “there seems to be a consensus on the panel here”. There sure was as—variously—Dee Madigan, Karen Middleton, Megan Motto and Stephen O’Doherty piled into the Catholic Church in general and Archbishop Wilson in particular. No one saw fit to mention that, when he was Bishop of Wollongong and later Archbishop of Adelaide, Philip Wilson was a leader in the Catholic Church in facing up to clerical child sexual abuse.

And not one person on The Drum advised viewers that they had not read the decision—which has still not been released (even with redactions) and may never be released. This has led to a situation whereby what has been hailed as a decision of international significance is not readily available to be read in Australia or overseas. Frank Brennan has written to the New South Wales Attorney-General seeking the immediate release of Magistrate Stone’s decision with redactions.

Earlier, in May,  Peter Wales at Quadrant Online painstakingly examined the initial trial. His piece is an invaluable backgrounding and can be read in full here. Those who know Archbishop Wilson only as a headline ogre might be interested in a YouTube homily that better suggests the measure of the man.

Nightmare
on the Yarra

The latest Quadrant now on sale