The pub that doesn’t
want conservatives 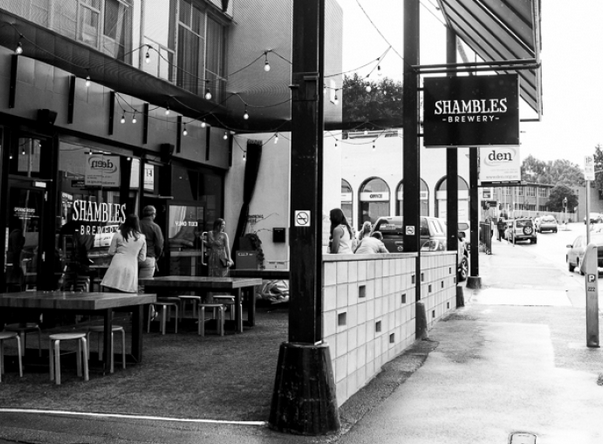 It is a near certainty that few friends and readers of Quadrant, being a civilised and generally well-mannered lot, have ever been turfed out of a pub. Yet, while they are perfect gentleman, that is the treatment meted to climate realist Ian Plimer and The Christopher Dawson Centre’s David Daintree. From Hobart, David reports what happened when a former teacher and now manager of the Shambles Brewery learnt that people with views different from his own were on the way:

We are looking forward to hosting a talk by Prof Ian Plimer on Thursday 21 April. He is a controversial and provocative climate scientist who questions the prevailing ‘narrative’. After choosing the venue, a pub in central Hobart, and making the arrangements I received the following message from the manager:

I’m the general manager at Shambles. I have a background in science and was a science and maths teacher for 11 years before starting Shambles. There is no way I will allow a thoroughly-debunked propagandist like Prof Plimer to use our venue to spout his unscientific rhetoric. You’ll need to find another location for your event.

For forty years in senior roles in schools and universities I never once denied a platform to a speaker I didn’t agree with, believing that freedom of speech is the best guarantee that truth will prevail.

In banning this speaker you align yourself with the ignoble ranks of those who closed their ears to Galileo, Darwin, Mendel and Georges Lemaître, all of whom were ’thoroughly debunked’ by those who thought they knew better. You say that you have a science background, but no reputable scientist would ever claim that science is ‘settled’. I am appalled to imagine that you were once a teacher, though relieved to know that you left the profession and found your proper métier elsewhere.

I had hoped for an ongoing relationship with Shambles, but I suppose that would have entailed running each event past you for your paltry approval. That would have been a preposterous situation.

So we’re now looking for an alternative place to host the talk! This talk will happen as planned, and will be shown online afterwards, but the location remains to be found. I will advise readers as soon as I can: the science might not be settled, but the venue will be!

Journalism academic explains it all