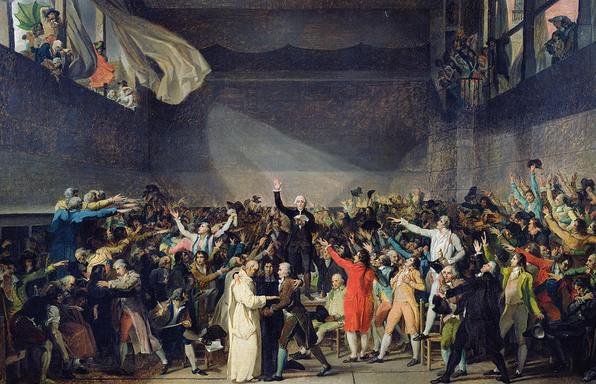 Alas, as noted in an earlier ER post, such language would today see Turner escorted from the ground. As for AFL chief Gillon McLachlan, his political correct soul would endure even more torment than is being currently inflicted on Rugby Australia’s hapless Raelene Castle by Israel Folau, whose legal fund to defend free speech is soaring by the minute. Quadrant readers who wish to see sports administrators return to, well, administering sports rather than what players and barrackers are permitted to think and say, might wish to contribute by going here.

Meanwhile, there are encouraging signs that the people who make AFL what it is — the passionate supporters who follow the code — have had enough. Quadrant contributor Christopher Heathcote writes:

Thanks for mentioning the fiasco at the footy. My cousin was there and said a mature-age gent two rows forward was pounced on by the security idiots for yelling out “You’re a maggot! You’re a maggot!” during an excited moment in the game. People nearby were irate at that response from security. When you can’t shout some utterly harmless insult, which is neither aggressive nor obscene, what is allowed?

Incidentally, while the silver-haired older fan was being harassed for his supposed naughtiness, someone further back called “Leave him alone, ya turds.” The security guards didn’t see who this was, then got agitated because, when they asked, no one in the rows would dob in the second voice.”

Unlike Americans, whose most fundamental belief is that governments and organisations are there to serve citizens, not vice versa, the Australian instinct to tug the forelock sees us grimly accept inflicted indignities. Take traffic revenue cameras, for example, which milk millions of dollars out of motorists slightly and inoffensively over the limit. In the US, someone can be expected to put a bullet in any new camera within days of its installation. Here we grumble, pay up and see additional cameras installed to raise more cash for underwriting Safe Schools, speech codes, human rights stickybeaks and all the other leeches from cronyism’s swamp.

Such an eruption might just see the green maggots who run the AFL pull their heads in. Or, better yet, resign.