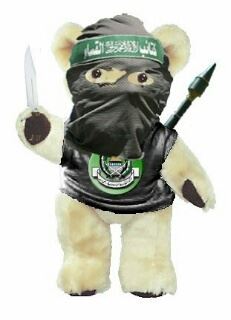 My female Muslim patients who had grown up in Britain told me that the school inspectors had never intervened when their parents prevented them from attending school, often for years. On the other hand, white working-class parents were bullied by those inspectors when their refractory 15-year-old daughters refused to go. A few years ago it came to light that police in Rotherham had for decades systematically turned a blind eye to the mass sexual abuse of children—at least 1,400 victims—by Muslim men. This type of willful neglect by the authorities came as no surprise to me. On the contrary, it is precisely what I would have expected.

From all this the terrorists surely draw a great deal of comfort. It gives them the impression of living in a weak society that will be easy to destroy, so that their acts are not in the least nihilistic or pointless, as is often claimed. They perceive ours as a candle-and-teddy-bear society (albeit mysteriously endowed with technological prowess): We kill, you light candles. The other day I passed a teddy-bear shop, that is to say a shop that sold nothing but teddy bears. I am sure that terrorism is good for business, but the teddy bears are more reassuring for the terrorists than for those who buy them to place on the site of the latest outrage.

Daniels’ column is protected by a paywall, but Australian subscribers who have registered to access the Journal should be able to read it in full via the link below.

The love that won’t let him speak

The truth about ‘Recognition’