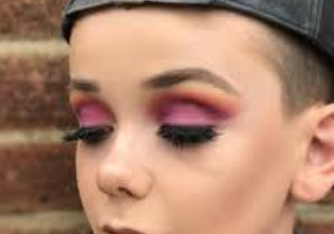 Friend of Quadrant and Online contributor Peter O’Brien thinks The Australian‘s Chris Kenny needs to have a quiet word with his newspaper’s copy desk chief. He writes:

Today Chris Kenny has an op-ed in the Media section which deplores the use of clickbait. An extract:

Yet journalists are now trained, encouraged and incentivised to appeal to more eyeballs and ­attract subscriptions by somehow triggering the predilections of this same social media environment. This might be why I would mention something about the attention-seeking power of sex scandals, celebrities and corrupt politicians so that the sub-editors can work some of that into the headline for some tried and tested clickbait. Trouble is, if they’ve done that, you might be feeling a little ripped off around about now.

The same edition of the Oz contains a story headlined ‘Folau targets transgender kids‘. But reading the story it appears that Folau only criticized an environment in which the wishes of gender-confused children outweigh the concerns of their parents.

If that’s not clickbait, I don’t know what is.

Former rugby star Israel Folau has targeted transgender children as the focus for his latest attack on gender and sexuality, saying gender fluidity was the work of the “devil”.

An up-to-snuff sub-editors’ desk would have fixed that by adding just one word, as in “Former rugby star Israel Folau has targeted the treatment of transgender children as the focus for his latest attack.”

Nowhere in the quoted excerpts of his sermon does Folau “target” kids. Like him or not, the intent of his words deserves to be cited accurately.

As Kenny puts it, The Australian‘s readers “might be feeling a little ripped off around about now.”