Read this
(if the power stays on) 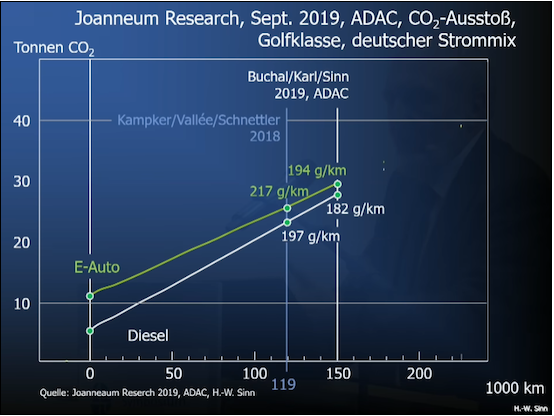 Via No Tricks Zone, a six-point dismantling by German economist Hans Werner Sinn of the myths behind that ‘transition’ to wind and solar we keep hearing about … and paying for.

Sinn’s point #5, illustrated by the chart above, notes

Yet, governments are aiming to force citizens to drive e-cars. In many countries, this will lead to more CO2 emissions, and not less.