For a mild-mannered fellow, Quadrant Online’s resident cartoonist, who goes by the name of Zeg, certainly can raise hackles, as his latest effort has just done in polls-bound Queensland. The cartoonist’s jape was to present state Labor leader Annastacia Palaszczuk riding a wrecking ball into a wall labelled ‘jobs’. His offence was to the present the opposition leader naked, a representation that set the usual suspects to jabbering about sexism.

Here is Zeg’s cartoon. See if you think the outrage is warranted. 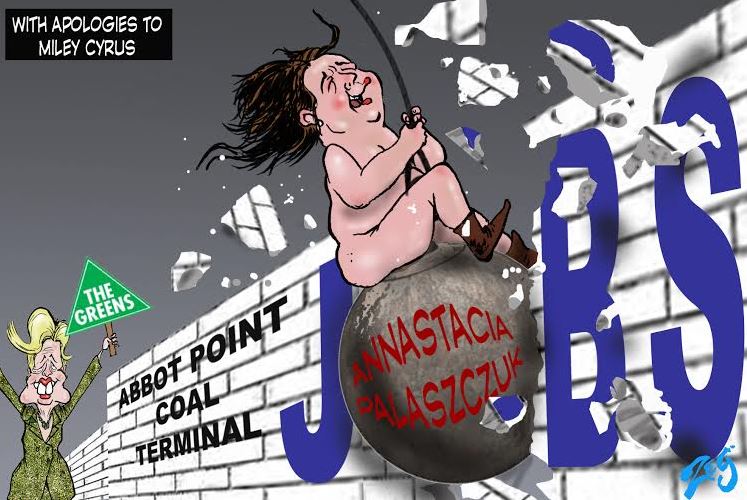 To his shame, Coalition MP George Christensen posted the cartoon on his Facebook page, then just as quickly took it down. Apparently it offended idiots, and as the policy of the for-the-moment Federal government is to placate that small-but-noisy demographic, Zeg’s inspiration had to go. Couldn’t give offence by reminding Queensland voters of the staggering debts and lost jobs previous Labor leaders inflicted on the Sunshine State. Such are the sensitivities of our delicate age.

And such is another reason why conservatives lose elections.

Next time Zeg may well choose to play it safe and depict a well-known public figure having sex with a dog. As long as the canine carnalist is a conservative, there won’t be a peep of protest.

Could voters really be this dim?