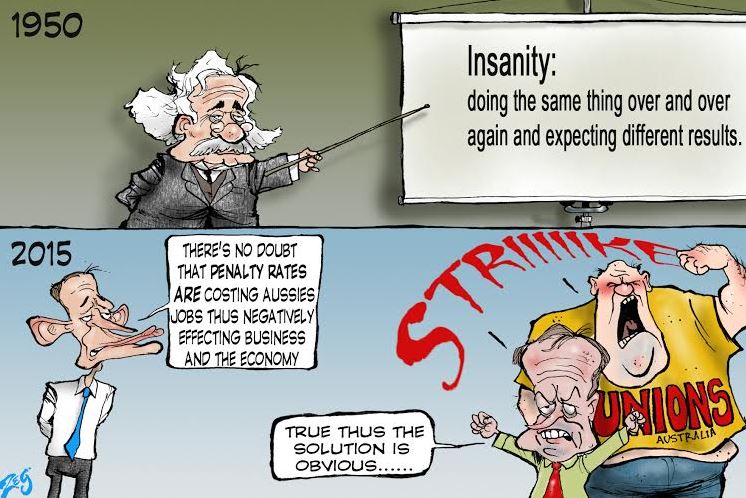 Like all politicians, Bill Shorten’s talents for baby-kissing, hand-shaking, speech-giving and truth-tickling are on tap 24/7. If he graces, say, a Young Labor conference on the weekend, the Opposition Leader’s reward is not financial but the hands-on satisfaction to be drawn from encouraging the upcoming generation to fully appreciate the leader’s various positions and their party’s doctrinal subtleties. Unless he has struck a private deal with the parliamentary paymaster, no additional income accrues to these extra-curricula activities. Those odd hours, they are part of the job and investments in his career and future.

Somehow, as Zeg notes, the notion that youngsters might do weekend work for the same sort of reasons — getting ahead, padding CVs, building a reputation — strikes him as appalling.

Go figure, as they say.