They Marched in March — the usual suspects in all their serried shades of anger and incoherence — because, well, it would have made even less sense to bemoan the fact that Tony Abbott and the Coalition won an election last September by April-ing in April. Grown-ups know not to take these rallies too seriously — which means, of course, that the ABC treated the weekend’s display of foot-slogging, speeches and smug self-righteousness as if it represented something of great substance. Why, Mark Scott’s newsroom nippers even posted a voluminous collage of what, at the ABC, must taken as manifestations of a social conscience, wit, deep thought!

Of the bannered obscenities paraded through the centres of Australia’s capitals not a word. Nor did the national broadcaster find it worthy of mention that the the PM was variously depicted as a Brown Shirt,  an aficionado of passive sodomy, or that various protesters and their placards expressed a keen desire to see him assassinated. No doubt he can expect a sympathy card from Julia Gillard in the next post.

One segment of the population can be too easily impressed, however: children. Easily led, naturally noisy, prone to tantrums, ignorant of the world’s ways and permanently demanding of attention, they make wonderful protesters — even at the kitchen table. 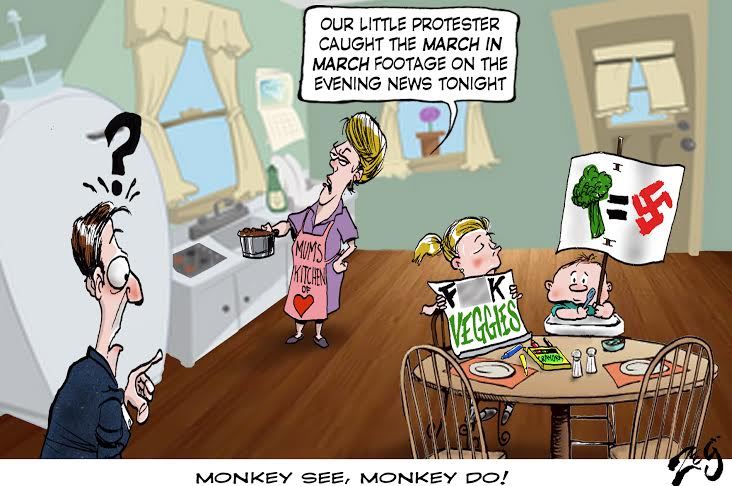 Silence of the gods

Flt 370: A Riddle Veiled In Secrets