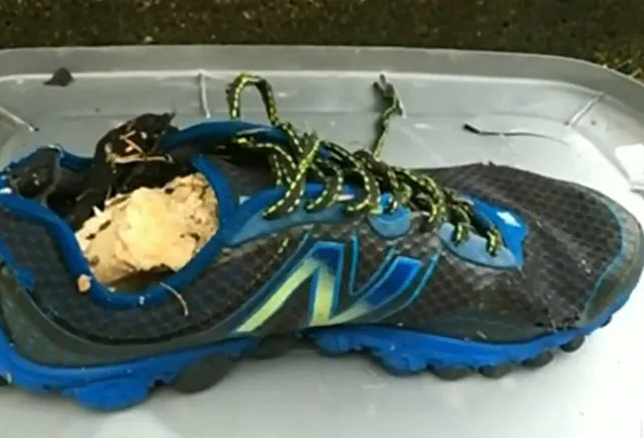 The latest chapter in the mystery surrounding the disappearance of multi-million fraudster Melissa Caddick played out in court when Justice Brigitte Markovic ordered her husband to vacate their mansion in Sydney’s exclusive Dover Heights by May 18. The property reportedly will be sold to pay back 74 investors allegedly swindled out of up to $25 million through what investigators say was Ms Caddick’s alleged Ponzi scheme.

The unanswered questions surrounding Caddick’s disappearance and the subsequent discovery of her severed foot on a beach 400 km south of Sydney recently formed the basis of a speculative TV doco-drama, Underbelly: Vanishing Act, which raised the possibility that she could still be very much alive. The thing is, though, there’s nothing terribly new or unusual about orphan feet turning up on beaches, neither in Australia nor on the other side of the Pacific, where more than 25 unmatched feet, have kept international law enforcement off balance over more than a decade.

You’ve heard it before, how truth is stranger than fiction. I would add “especially when it comes to feet”. Better believe it.  Almost 15 years ago, I wrote a newspaper column posing the question: “Is there an international serial killer at large with the world’s most bizarre and deadly foot fetish?” This was sparked by an article in the Gladstone Observer with the catchy heading, “Island foot mystery has authorities stumped”. The  report dealt with the lack of progress in identifying the original owner of a severed skeletal foot found on a beach at Facing Island, off Gladstone, by schoolkids in 2003. The matter had been referred to the Gladstone Coroner’s Office, but the trail was cold. The owner of that foot and the shoe found in the sand nearby has never been identified.

So why pose the outlandish suggestion of a serial killer with a weird foot fetish? Call me Sherlock or even Fox Mulder, but at around the same time reports began to surface of severed feet washing up on beaches around Vancouver Island, off Canada’s west coast. Initially, five were found in the space of 12 months, none were matching pairs but all were encased in joggers or running shoes.

There was a trans-Pacific similarity to some of the headlines, subeditors everywhere apparently being unable to reject the temptation to peddle groan-worthy puns: “Severed feet have Mounties stumped,” and reports with opening paragraphs such as, “Is it a case of one foot in the grave and another on the beach?” But copy desk wiseacres aside, I guess it was no laughing matter, particularly for the missing feet’s owners and the Vancouver Island residents who kept tripping over them.

It’s a giant leap across the Pacific Ocean, but let’s take up the story from one of many Canadian websites devoted to the mystery feet which keep appearing there:

They posed the question of whether  another serial killer was disposing of bodies in British Columbia’s Fraser River. Severed human feet had repeatedly appeared on the beaches of the Gulf Islands  in the space of a few months.

Police and the Coroners Services were trying to establish the identity of the latest remains and determine whether they could  be linked to the other four recovered feet.

Officials said that during this time of year it was not usual to find human remains washed up on beaches, but it was unique that these five cases were all human feet….

… Of the five feet positively identified as human, the first four were right feet, with only the last being a left foot, and this had not yet been linked with a matching right.

Okay, now that I’ve captured your attention, let’s fast forward to the revelation that more than 21 severed feet have washed ashore around the same area, all encased in joggers. I’m pulling your leg, right? Sorry, not so.

Science website Iflscience.com on April 27, 2021 pointed out that since August 20, 2007, an alarming number of human feet had washed up on the coasts of the Salish Sea, where the US and western Canada meet. It noted with magnificent understatement that chancing upon ownerless feet was apt to be somewhat alarming. The first two were found within the space of a week by a young girl and a couple enjoying a walk. Both were right feet, and each was size 12. 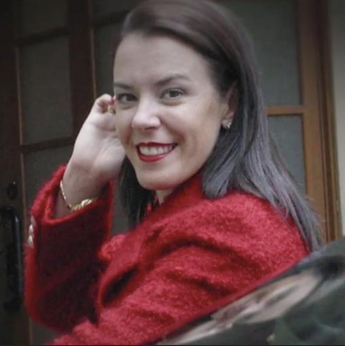 Now let’s return to Australia and the mysterious disappearance of alleged megabuck fraudster Melissa Caddick (above). She was last seen on the morning of November 11, 2020 following a raid on her Sydney mansion by ASIC officers and Federal Police, who confiscated some cash, jewelry and personal possessions. Caddick had left her home for an early morning jog and vanished without trace – until her severed foot washed ashore in its expensive running shoe on a deserted beach near Tathra (below), about 400 km south of Sydney. This sparked a flood of speculation. Did she commit suicide by jumping off a cliff into the sea near her Sydney home? Was she murdered? And probably the most outlandish theory: might she still be alive and walking on a prosthetic foot paid for with some of the $25 million she ripped off from investors, including her brother and parents? 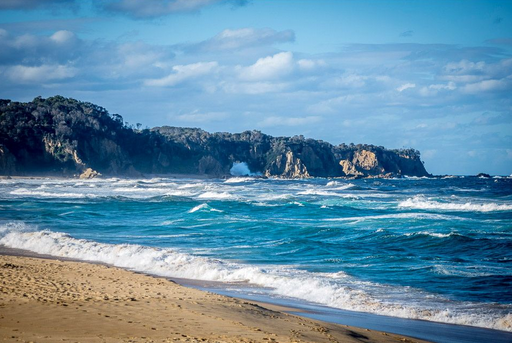 The speculation grew more intense when a forensic expert said the Asics running shoe containing her foot actually suggested she was alive for some time after she disappeared. Normally, it would have had barnacles and marine growth after a couple of weeks in warm summer water. The wild possibility she was still alive was aired on breakfast radio by a most reputable source. “There’s always a chance she cut her foot off and is still alive, though it’s pretty fanciful,” Police Commissioner Mick Fuller told 2GB.

The rest of Ms Caddick’s remains have yet to turn up, and several leading criminologists raised the idea that the 49-year-old mother was murdered, with police subsequently revealing they had not ruled out foul play. In a recent Channel 7 News Spotlight documentary, Caddick’s husband, Anthony Colletti, also said he believed his wife had been murdered. “My suspect list is long,” he said. “If the police came to me and said ‘Melissa was murdered’, I’d be like, ‘It makes sense’. ” Perhaps one day there will be an answer to all this mystery and mayhem, but meanwhile, as the Great Sherlock Holmes might add, “The game’s afoot, Watson”.

Fox Mulder, your more modern kind of fictional sleuth, would raise an eyebrow and tell his blonde sidekick, “I think this is a clear case of alien abduction and experimentation with human body parts … the truth is out there, Scully.”

His partner would roll her blue eyes and counter with, “No, Mulder. It’s perfectly explainable. People drown at sea or in floods, maybe on the other side of the Pacific. Their bodies sink and feed the fish until a foot breaks loose, and if they’re wearing sneakers with air in the soles, they act like little life rafts and ocean currents do the rest…”

John Mikkelsen is a veteran journalist. The saga of the severed foot features in a chapter of his Amazon Books memoir, Don’t Call Me Nev