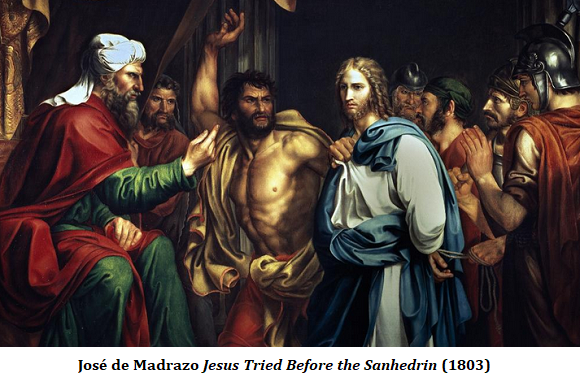 Dinesh D’Souza, an American commentator, recently coined the phrase ‘identity socialism’ which describes the current politics of race and gender. These politics aim at condemning, silencing and banning views and opinions which are incompatible with the current agenda of our left-wing intelligentsia. A good example is the destruction of historical statues of people who are deemed to be racists. The current banning of Dr Seuss’ books, for example by eBay, also provides evidence of a disturbing trend to rewire our society. In Australia, ‘identity socialism’ is particularly evident in the current media focus on gender issues.

This focus was on display on Wednesday afternoon, March 3, when the Attorney-General, Christian Porter gave a highly anticipated news conference. The news conference concentrated exclusively on a well-known story: he had been accused of horribly raping a 16-year-old girl in Sydney in January 1988, when both participated in a debating competition The allegations were contained in a detailed, but anonymous letter, which had been sent to four politicians. The Attorney-General strenuously, absolutely and categorically denied the allegations made in the 33-page letter. He stated, over and again, that the alleged event never happened; at the time he was just a teenage boy who participated in a debating competition.

The Australian Council of Trade Unions, the parents of the complainants, the Opposition leader, and various organisations have demanded an inquiry, possibly chaired by an independent non-parliamentarian. However, such an inquiry would inevitably be an extra-judicial inquiry because the legal avenues of investigation and prosecution are no longer available in this case. In effect, they demand that the Attorney-General be tried in the court of public opinion, which assumes that a successful man, the highest judicial officer of the land, must be guilty of the allegations, without however being able to provide hard facts. At his conference, the Attorney-General argued that, in the court of public opinion, he would be effectively asked to prove that an alleged event never happened. An impossibility! Such an approach would involve the reversal of the onus of proof in criminal cases. The proposed inquiry looks like the 21st century equivalent of the Spanish Inquisition of the 15th and 16th centuries when many people were convicted and executed because they held views which the religious policymakers of the day could not fathom.

What do we make of all this? It is fair to say that we will never know whether the alleged rape happened. The sad result of this brouhaha is that a person’s career will be clouded forever by an allegation the veracity of which cannot be proved or disproved. So, one wonders what could be achieved by an inquiry?

A lot has been made of the detailed nature of the 33-page allegation but that, by itself, is no guarantee that the event took place. There are, in Australia, other recent examples of detailed allegations of sexual abuse which were proven to be unreliable and false, even if they were relied upon to convict the alleged perpetrator of the abuse in first instance. It is possible, but perhaps unlikely, that the detailed nature of the allegations is the result of fertile imagination and probably worthy of the ingenuity and creativity of a successful novelist when constructing a story.

In Porter’s case, the complainant had originally told her story to the NSW police in 2019, but the police closed their investigation on March2, 2021, because there was no admissible evidence to charge anyone with the alleged rape. In this context, many questions come to mind. Why did the complainant wait so long, until 2019, to air her grievances? Why were the allegations not made at the time of the alleged offense? Of course, it can reasonably be argued that a 16-year-old girl would not have the courage to make a complaint, fearful that she might not be believed, or she might have been guilt-ridden to take it further at that time. She may have felt that she would not be supported. According to reports, the complainant’s mental health was fragile. But why did the complainant not pursue the matter later, when she reached adulthood? Perhaps, she wanted to pursue a career and might have thought that any allegations of this nature would have severely hampered her efforts at finding suitable employment?

Why did the complainant specifically ask the police not to proceed with the investigation before taking her own life? Is it because the alleged offence never happened? Or because she could not cope with the stress that would be generated by an investigation? These are questions that cannot be answered with confidence in the court of public opinion.

Why should the strenuous denials of the Attorney-General be believed? To decide guilt or innocence, psychologists and those responsible for analysing the body language of a person will undoubtedly come up with their wild, sometimes accurate, but sometimes outlandish, conclusions.

In his news conference, Porter repeatedly said that he would not resign because it would set an unhealthy precedent. It would give complainants a power to achieve purposes which cannot be achieved through regular legislative and judicial approaches. This is because, if it were possible to remove a person by adopting the convenient device of making a serious, even an uncorroborated allegation, it would become possible to wreck the lives and livelihood and careers of any person. A persistent demand to step aside would constitute a spectacular violation of the rule of law which requires the maintenance of the presumption of innocence until proven guilty.

And yet that is precisely what is happening in our society. It is convenient in our #metoo world to accuse people of sex crimes or hate crimes. It has created a climate of fear, cynically promoted by politicians of all stripes when they overuse the “I listen, I hear, and I believe” mantra. Especially, the “I believe” part of the mantra is problematic because it assumes an accused person must be guilty when allegations of improper conduct are raised by complainants. This, in turn, constitutes an egregious erosion of the rule of law. Of course inappropriate sexual behaviour should not be tolerated! But it is equally necessary to ensure that complainants and accused respect the rule of law in their respective endeavours.

The Attorney-General’s tribulations are a reminder that the rule of law can easily be distorted and treated as an unnecessary luxury which prevents policymakers and trendsetters from creating their vision of an ideal society. The long-term consequences of this ongoing saga are predictable: a saga without winners and with many losers, especially if it results in the further erosion and demeaning of the rule of law.

Gabriël A. Moens AM is an Emeritus Professor of Law at The University of Queensland and a former colleague of Christian Porter at Curtin University School of Law

Free Medicine For All!

The myth of right-wing terrorism

Journalism the loser in Quadrant con