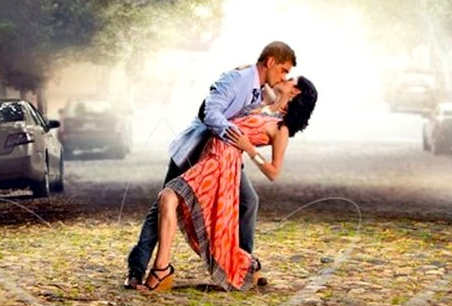 The angry social media ‘Incel’ phenomenon actually takes its name from “a website for lonely people struggling to find love” created in 1997 by a young Canadian woman: Alana’s Involuntary Celibacy Project. Alana was mortified to learn, 20 years later, that a self-styled ‘Incel Rebel’ had mown down and killed 10 people on a crowded street in her home town of Toronto. This was to be the first in a succession of such lethal vengeances perpetrated by embittered young ‘involuntary celibates’ in North America. In August a comparable horror took place in the English city of Plymouth. These attacks are isolated, random events and should be seen as such, but they also prompt questions about the nature and psychology of sexual competition in modern society.

Not many lovelorn people are mentally deranged, and fewer possess pump-action shotguns with the intention to use them, but very many are capable of feeling the sex and romance cards are stacked against them. Others are prettier, more confident, richer or just luckier. Sometimes it’s the opposite sex per se that is seen as having an unfair advantage. Most of us will probably at some time or another have entertained an opinion on some or all of this, albeit not likely a scrupulously objective one.

These inequities are one of the great themes of literature, movie and song; a vast creative oeuvre – a kind of Bayeux Tapestry of how some get to be luckier in love than others. When journalism touches on the subject, it tends towards a narrower narrative of men’s perennial mistreatment of women. And then there is empirical research — digitally enhanced statistical number-crunching, data that sheds another kind of half-light on all of this.

Before focussing on these various ways of viewing fairness/unfairness in the complexities of boy-meets-girl in the modern West, a brief contextual note on the broader canvas of historical unfairness to the female sex is perhaps warranted. Until the 20th century West it seems to have been a given across virtually all cultures that women were deemed of less value than men. History records rather little in the way of challenges to this – to our modern sensibilities – grossly unfair ordering of society. Western liberalism has transformed this landscape for women but one kind of unfairness that endures is that men are capable of physical and sexual violence against which women have at best only a limited defence. Men can be rapists, gang rapists and wife-beaters; something that, globally, remains a huge blot on human civilisation; one that liberalism can only mitigate, not eradicate.

Twenty-first century middle-class feminism can be justly criticised though for having little to say about the hugely greater violence and oppression still faced by millions of women beyond the protection of the West’s liberal mores. In many parts of the world, absolute horrors are still rife (women getting blamed for being raped. There is, of course, little Western liberals can do about these horrors but one gets a sense that even thinking much about them can get crowded-out by intra-metropolitan middle-class preoccupations.

To return now to the modern liberal West: in its preoccupation with a perceived unfairness to women, Western journalism is guilty of airbrushing certain basic truths, chiefly about competition for sexual mates, out of the narrative. For example it has long been clear that male desire for a woman tends to be driven primarily by her physical attractiveness. And Nature is very unfair in its distribution of physical comeliness, giving some women a huge advantage over others. This will always cause disappointment and resentment in the less lucky ones, which the lucky ones will prefer not to acknowledge.

Female attraction to men, on the other hand, is known to be much more about personality traits like confidence and ‘charm’ – especially when they have led to social success and/or wealth. So what of the distribution of those ‘attractive’ male personality traits? There have been attempts recently to quantify both these tendencies using various online dating metrics. A study on the dating app Tinder found that men “liked” more than 60 per cent of the female profiles they viewed, while women “liked” only 4.5 per cent of male profiles. So Nature, it would seem, is also unfair in its distribution of this rare 4.5% of male animal magnetism. There is, in other words, ‘unfairness’ in the mating experience for both sexes.

What then of women being ‘viewed as sex objects’? This is a notion freighted with pejorative connotations but, if defined simply as ‘being desired for one’s physical appearance,’ it is surely something that everyone wants (but not everyone gets), particularly when young. A look through Pinterest, Instagram etc.,  can leave no doubt about the truth of this for anyone with eyes to see. And physical adornment – particularly female adornment – is a multi-trillion dollar industry. The sexual attraction business, broadly defined, is quite possibly the biggest industry in the world. There can be no denying either that above average physical attractiveness puts those lucky enough to have it at a huge advantage. A more commonsense view would be to acknowledge this but with the caveat that most people – even the beautiful ones – do not want to be valued exclusively as objects of physical desire.

Another dimension of sexual attraction that has also been the subject of recent research has to do with the differing nature of male and female sexual desire. Some of it is buried in dry academic research papers, some has found its way into book form  and some into journalism (both broadsheet and pop magazine). As the website Feminist Critics noted when answering its own question, ‘How true are stereotypes about what women want?‘: “Certain traits associated with masculinity seem to be attractive to women on average: dominance, confidence, assertiveness, and extraversion”. Numerous studies of sexual desire have reached the same (broad-brush) conclusion that male sexuality is primarily about desiring whereas women’s is more about the desire to be desired. This, it is argued, accounts for the particular attractiveness of men with an insistent, confident ‘charm’ – one that makes the woman feel that it must be her and no one else will do.

Research has tended to confirm yet another piece of folklore. Behaviour that sometimes gets labelled as ‘toxic’ is most typical of the kind of male to whom many women (and especially young women) are most sexually attracted – at least in the short term. This is an elephant in the feminist room but is revealed in abundance in story form. The ubiquitous handsome (or sometimes not handsome) bad guy always with a pretty girl in tow is a staple of every TV soap opera. Previously, there were those “Oh you [delicious] brute!” fantasies of 19th century novelists like Edith Hull.

There is empirical evidence to support another common-sense intuition — that men tend, as a whole, to feel more sexually promiscuous and voracious than women. The predatory male looms large in scandal-type journalism, especially if famous. Stories of male sexual infidelity, exploitation and harassment abound and the behaviour exposed is indeed unedifying – ranging from the hurtful to the criminal. But in feminist narratives, these ‘alpha’ predatory males have tarred the archetype of males per se. But the narrative is somewhat skewed; at least with respect to actual (as opposed to wishful) infidelity. In a world of 50 per cent males and 50 per cent females, for every ‘alpha’ male with multiple mistresses there must logically be several ‘beta’ males cuckolded, thrown-over or simply missing-out.

Also, the focus in recent years on calling out sexual harassment (although broadly a positive thing) can, if taken to excess, create a new kind of unfairness. Now, a perfectly decent young man hungry for romance can find himself in Catch 22: he knows from ancient folklore that faint heart never won fair lady but he also knows that – in feminist-chic lore – one definition of sexual harassment is merely being hit on by someone other than the one that you secretly wanted it to be.

Men are partly themselves to blame for the skewed nature of the story because they rarely choose to go there. The vast majority of commentary about sexual relations is written by women and from a female point of view. Part of the reason is probably that ‘thinking’ males view challenging the dominant narrative by crying “unfair” as a hiding to nothing.

We can see then that the empirical evidence seems to confirm what most people might think of as blindingly obvious — that some men and some women are much luckier in love than others. Of course most people – in the course of a lifetime – do experience some kind of reasonably long-term relationship anyway so one might say it all works out in the end. Evolutionary psychologists, like Professor David Buss, wonder if modernity is creating a runaway form of sexual competition that is exacerbating these disadvantages to the less-lucky-in-love.

Fortunately only a few reach for their shotguns.

Graham Cunningham is a British writer of occasional essays and poems. He has contributed to conservative-leaning journals in Britain, Australia and America

The Left and the Decline of the Moral Community