Aldous Huxley Would Be Astonished 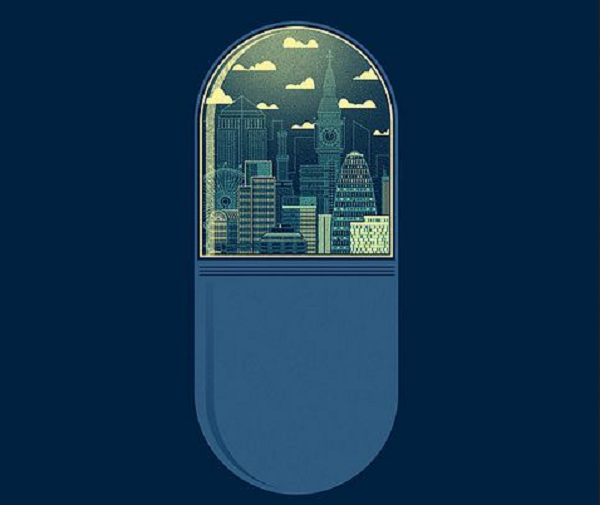 Aldous Huxley’s Brave New World (BNW) is an undisputed literary classic. Incredibly, Huxley’s dystopian vision —or, according to Margaret Attwood, who can’t seem to make up her mind, “a perfect-world utopia or its nasty opposite” — was first published in 1932. But anyone even remotely familiar with the fictional work will appreciate the prescience of so much of what Huxley wrote. Western civilisation, however, has degenerated further and at a much faster rate than even Huxley could have ever imagined. What follows are ten things that even Huxley never saw coming:

1/ The disunity of a global secular government. Tragically, this is precisely what is happening right now throughout the West. As what Rob Smith, lecturer in theology, ethics & music ministry at Sydney Missionary Bible College, refers to as the ‘revolutionary reality’ of Cultural Marxism  continues its sweep through our institutions, it is starting to turn upon itself. As Shakespeare writes in one of his lesser-staged plays, The History of Troilus and Cressida

Take but degree away, untune that string,
And, hark, what discord follows…
Then everything includes itself in power,
Power into will, will into appetite;
And appetite, an universal wolf,
So doubly seconded with will and power,
Must make perforce an universal prey
And last eat up himself.

Sadly, this is precisely what we see now starting to take place. As Gene Edward Veith explains his book, Post Christian: A Guide to Contemporary Thought and Culture (Crossway, 2020) the significance of this particular soliloquy is as follows:

For Shakespeare, the coming together of power, will, and appetite forms a “universal wolf” that devours everything. As we have been seeing in contemporary thought and culture, this wolf is eating up universities, laws, technology, the family, the arts, the media, and churches. But, having done so, there comes a point, says Shakespeare, when the wolf starts eating up himself.

2/ The proliferation of pornography. One of the most scandalous aspects of BNW is that of free sexual expression. As Linda explains when Lenina first arrives at the ‘Savage Reservation’:

…take the way they have one another here. Mad, I tell you, absolutely made. Everybody belongs to everyone else – don’t they? Don’t they?… Well, here … nobody’s supposed to belong to more than one person. And if you have people in the ordinary way, the others think you’re wicked and anti-social. They hate and despise you. Once a lot of women came and made a scene because their men came to see me. Well, why not? And then they rushed at me…

However, the most significant innovation Huxley never foresaw was the internet. Even twenty years ago very few people could have imagined just how pervasive and indispensable this new medium would become. But not only has it changed the way we communicate and do business, it has also transformed—or should that be deformed? — the way we express ourselves sexually. As Veith explains:

Having sex with no love, commitment, or ongoing relationship is, of course, nothing new. There are no relationships in one-night stands, prostitution, seductions, the anonymous sex of the gay subculture. But now, with the aid of today’s technology, we have taken impersonal sex to an even lower level.

3/ The obliteration of gender. For all his controversial suggestions about free love—for more on this aspect keep reading — what the world has moved beyond sexual fluidity to full-blown transgenderism. What in Huxley’s day (and even in our own until recently) was recognised as a serious mental disorder is now openly promoted as a human virtue. As Veith rightly observes:

Constructivism at its most extreme can be seen in the transgender movement, which teaches that the self is so untethered to objective reality as to become disembodied. One’s personal identity is distinct from one’s body. A person might have been “born in the wrong body,” a woman in the body of a man, or a man in the body of a woman. In those cases, the person is free, with the help of medical technology to reconstruct his or her body accordingly. But even such reconstruction is not necessary, since the physical body has no bearing on sex or gender, only the individual’s self-constructed identity.

4/ The innovation of technology. Probably one of the most striking features of any dystopian novel is it’s setting. Margaret Attwood summarises Huxley’s vision well when she writes:

The architecture is futuristic – electrically lighted towers and softly glowing pink glass – and everything in its cityscape is relentlessly unnatural and just as relentlessly industrialised. Viscose and acetate and imitation leather are its fabrics of choice; apartment buildings, complete with artificial music and taps that flow with perfume, are its dwellings; transportation is by private helicopter.

Henry Ford is recognised as a technological replacement for God with people continually referring to his “Fordship” or the “year of our Ford”. However, in a telling aside, Huxley writes at one point:

Our Ford—or Freud, as, for some inscrutable reason, he chose to call himself whenever he spoke of psychological matters – Our Freud had been the first to reveal the appalling dangers of family life.

Writing from the perspective of the 1930’s—and in the wake of the horrible destruction wrought by World War 1—this must have seemed surreal. But as we have seen, Huxley went both too far and not far enough. On the one hand, there still exists a love of old things, yet the product inventions of Steve Jobs, Bill Gates  et al have transformed society, especially in making what is new the standard and symbol of contentment. Huxley never dreamed that..

5/ The fluidity of sexuality. Huxley controversially wrote about a future where marriage and family were no more. Indeed, the mantra of sexual licence presented in Brave New World is, “Everyone belongs to everyone else.” This is made possible through women no longer needing to give birth to children—who are produced in ‘Hatcheries’—as well as through the use of contraceptives and abortifacients in the event of accidental viviporous reproduction.

A look of astonished incredulity appeared on the faces of his listeners. Poor little kids not allowed to amuse themselves? They could not believe it.

‘Barring a little surreptitious auto-eroticism and homosexuality – absolutely nothing.’

Apart from the passage quoted above, there is no further mention of homosexuality in the novel. Everyone might have ‘belonged to everyone else’ but, either because Huxley feared prosecution for advocating what was then a criminal activity or due to personal disinterest, the LGBTIQ+ spectrum doesn’t wear its rainbow colours! Huxley didn’t see, though, what was coming — that every other kind of non-heteronormative sexuality would want a piece of the action.

6/ The quest for sterility. In Huxley’s world, women were freed from being what he derogatively labelled as ‘viviparous’ (reproductively fertile), through the use of contraceptives—on a Malthusian belt—or by being turned into Freemartins (an infertile female mammal with masculinized behaviour and non-functioning ovaries).

What Huxley didn’t bank on though was the devastating effect this have on the populations of the world. As Ross Douthat explains in, The Decadent Society: How We Became the Victims of Our Own Success (Simon & Schuster, 2020):

Across the European Union in 2016, the average was 1.6 children per woman. In Japan, it was 1.41; South Korea, 1.25; China, 1.6; Singapore, 0.82. In Canada, it was 1.6; in Australia, 1.77. The American fertility rate was, by these standards, relatively robust: 1.87. But it was still too low to sustain the present population on its own, and it was falling faster, despite economic growth, than most demographers had expected. By 2018, it was down to 1.7, the lowest ever recorded, and headed lower still.

7/ The possibility of transhumanism. In Huxley’s universe world order is maintained through a genetically modified and psychological manipulate caste system of Alphas, Betas, Gammas, Deltas and Epsilons. But the social reality today—even in Britain—is that things are much more vanilla.

However, there is an increasing confidence that humans and machines will, in the no-to-distant-future, merge into some kind of ‘meat machines’. According to The Guardian, this is not only to enhance life but also defeat death. Huxley, of course, envisaged in BNW a relaxing of societal attitudes regarding death and dying. For instance, when John the Savage is being given a tour of Eton School where the Head Mistress explains:

Death conditioning begins at eighteen months. Every tot spends two mornings a week in a Hospital for the Dying. All the best toys are kept there, and they get chocolate cream on death days. The learn to take dying as a matter of course.

8/ The threat of disease. Huxley presented a world which was aseptic, free from filth, disease and human suffering. The ‘hypnopaedic’ (sleep-teaching) mantra is, “Civilisation is Sterilization”. But if COVID-19 has taught us anything it’s that life is fragile. For all of our medical innovation and advancement we are still at the mercy of hostile bacteria. Life is nowhere near as sterile or as controllable as Huxley would have us believe.

9/ The rise of feminism. Reading Brave New World today can almost seem quaint for its male-dominated view of society. But not even Huxley envisioned a world where the patriarchy would be overturned, not simply for gender equality, but a female superior, i.e. matriarchy.

While we are not told of the identity of each of the leaders of the World State’s ten zones, Mustapha Mond is the Controller of the Western European zone. And, significantly, he is supported by two men – Bernard Marx and Helmholtz Watson. In fact, at the beginning of the novel it seems that all the students being given a tour of The Central London Hatchery and Conditioning Centre are also male. Women, on the other hand, are sexual objects, valued for their ‘pneumaticism’.

Tellingly, in the recently released TV series of BNW both Helmholz and Mond are women, which makes for a tortuous plot twist regarding the inappropriate relationship between Helmholz and Lenina…!

10/ The resilience of religion. Huxley presented a world where the religious were physically separated from society by electric fences to live in ‘Reservations’, where they are free to practice their superstitious beliefs. But while challenged, religion continues to play a dominant role in the modern world, not merely through its numerous institutions such as schools, hospitals and aged-care facilities, but also in the broader marketplace of ideas.

Huxley’s work rightly remains a classic. But in many ways, his warning as to the direction Western civilisation might head didn’t go far enough. For the world in which we live now takes more bravery than even he thought possible. As Goethe once said, “None are more hopelessly enslaved than those who falsely believe they are free.”

5 thoughts on “Aldous Huxley Would Be Astonished”

Aldous Huxley Would Be Astonished