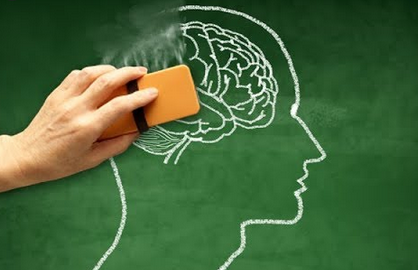 Given the coronavirus panda-demic it’s understandable why the recent decision by Australia’s education ministers to radically redesign the MySchool website went largely unnoticed.  The website reports the National Assessment Program Literacy and Numeracy (NAPLAN) test results for all Australian schools and students are tested at years 3, 5, 7 and 9.

A great shame because if parents and the broader community want additional evidence of how dumbed down and substandard Australia’s education system has become they need to look no further than the recent changes.

Up until now parents have been able to go on the MySchool website and compare their child’s school results against other similar schools.  Although the methodology used to identify what constitutes ‘similar’ schools is flawed (it ignores the impact of students’ cultural and ethnic background) it at least provides a point of comparison. By comparing school results it is possible to identify stronger performing schools compared to those underperforming and making the results public acts as an incentive for schools to improve performance. Such is no longer the case.

As stated by information accompanying the change, the MySchool webpage no longer exists which compared “the average achievement score of the selected school with up to 60 schools with a similar score”.

Now, instead of parents and the broader public being able to rank schools and their academic performance the only information allowed on the MySchool website describes how successful schools are in promoting “student progress”. The change from measuring actual performance and allowing parents to properly evaluate schools is justified as “the changes will help parents and school authorities see how a school is performing in supporting student progress (i.e. improving literacy and numeracy over the two years since the previous NAPLAN test)”.

According those educrats responsible, this is preferable to making public “school versus school comparisons that only take account of overall levels of achievement”.  The only information now available to parents when evaluating schools is how an individual school compares to the national average in helping students progress over time. This is defined as “the difference schools have made to their students’ learning between one NAPLAN test and the next, two years later”.  In what must be the understatement of the year the admission is made that the new information about student progress “does not measure overall school quality”.

The very information parents want when choosing a school to ensure their child enrols in a school that has the best chance of providing a rigorous and beneficial education.  The reality is no matter how well students improve over time if their level of achievement is substandard compared to what students achieve in other schools then they are at risk. Celebrating a school for improving student performance over time is as misleading as congratulating an Olympic swimmer for achieving a personal best and improving her or his performance since the last competition, even though placed last in the event.

In the real world once students leave school there are winners and losers and, more important than achieving progress, is whether or not individuals can get the job done successfully by achieving what must be done. Patients don’t care how much progress a surgeon has made over time; what they really want to know is whether he or she the best available.

As to why NAPLAN and the MySchool website have been neutered and no longer provide the essential information needed to evaluate and rank schools in terms of literacy and numeracy test results, look no further that the campaign by the Australian Education Union, which for years has argued against academic rigour, competitive assessment, meritocracy  and holding schools publicly accountable by making test results public.  The teacher union’s solution to lifting results and improving standards is always spend more money.

Ignored, notwithstanding the additional billions invested in education over the last two decades, is that Australian students’ results in the international PISA and TIMSS tests have gone backwards. Unlike stronger performing overseas education systems in Singapore, Hong Kong, South Korea, Finland and Shanghai there’s also the problem that the prevailing approach to education in Australia is ‘near enough is good enough’, ‘everyone’s a winner’ and ‘there are always excuses for poor performance’. Instead of stressing the importance of competition, setting high standards and expecting students to work hard, concentrate and achieve what is required Australian classrooms are among the most disruptive, characterised by badly behaved students and lack of discipline.

It should not surprise that recently arrived migrant students, especially from South East Asia and India, compared to those students born and educated in Australia achieve the strongest Year 12 results and now dominate selective secondary schools in Sydney and Melbourne.

Even worse than the MySchool website no longer making schools accountable for performance is that education ministers have agreed to get rid of A-to-E reporting and year-level standards in favour of untested and new-age fads such as ‘progression points’, ‘developmental continuums’ and ‘formative assessment’. Unlike summative assessment where students either pass or fail measured against explicit standards and there are consequences for poor performance formative assessment is based on the belief that competition and meritocracy exacerbate disadvantage and reinforce privilege.

As such, students are not ranked one against the other or against rigorous year level standards but are evaluated in terms of personal progress, being futures oriented and developing a mind growth set.  As well as promoting a dumbed down and substandard style of education these new approaches place debilitating and unrealistic demands on teachers.

Having to monitor and evaluate each student’s progress on a daily basis and ensure each receives an individualised learning plan for secondary teachers in particular with over 100 students to teach each week is a physical impossibility.

There’s no doubt that education in Australia is a slow moving train wreck.  Made worse by the fact that those responsible for the mess are never held accountable or made to teach in schools to face the consequences of their ineptitude.

Dr Kevin Donnelly is a Senior Research Fellow at the Australian Catholic University and author of ‘A Politically Correct Dictionary and Guide (available at kevindonnelly.com.au)