A Letter to an Ingrate Russian Emigre 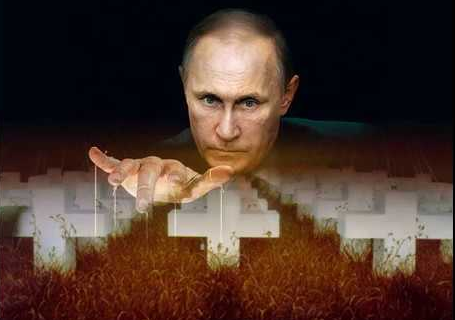 Dear Igor,
Since we arrived in Australia, you and I, as refugees from the USSR some 40 years ago, you (and many like you) have disparaged the generous help this country has given you and your family. For some obscure reason, you seem convinced that this assistance is yours by right.

I beg to differ. This help has come out of the human decency, compassion and magnanimity of the givers – the Australian people. If you cannot understand this and feel no gratitude, as seems to be the case, this raises some troubling issues. To my mind, the question of gratitude has become a question of our national security.

Gratitude? That is something dogs have.” — Stalin.

People who have contributed nothing to society feel that society owes them something, apparently just for being nice enough to grace us with their presence. — Thomas Sowell

You and I came to Australia as refugees at almost the same time. This country gently embraced us and gave us every possible succour in the darkest hours of our lives. Stateless, belonging nowhere, with no knowledge of free societies, we were helped with language, housing, living expenses, schooling of our children, medical treatment, re-qualification for employment – the list goes on.

Most importantly she – for I perceive Australia as a kind woman, indulgent but pragmatic – has given us the freedom to believe or not, to agree or not, to speak or not, to travel or not – all without asking anyone’s permission.

She has magnanimously given former refugees safety from persecution, confidence in the future, self-respect, human dignity, unheard-of prosperity and the ability to look, without fear, straight into the eyes of a policeman, a bureaucrat or a government official.

We have been given the precious opportunity of being proud holders of one of the world’s most respected passports. We were asked nothing in return, except to live in peace, to pay taxes like everyone else, to obey the law and to be good neighbors.

Eligible elderly former refugees are getting a decent pension, subsidised housing, gas and electricity, free public transport, free medical care, as well as assistance with cleaning, shopping, cooking, medication-taking and showering. Your own elderly mother is provided with a free mobility scooter, subsidised housing in one of the most sought-after suburbs of Melbourne and has had several (expensive) surgical procedures. All at no cost to her, despite not having contributed a dollar because she has not worked a single day in this country. Frankly – your mother wouldn’t have lived that long if she had stayed in the old country. May she live until 120.

A considerable proportion of this nation’s budget was spent on strangers, instead of being spent on locals. Australian people have never complained or protested about this seeming profligacy, for this is a fundamental Australian tradition – live and let live.

Many children of former refugees are prosperous, well-educated and have good jobs. Many of them are part of local Aussie families, who could not care less where they came from – as long as they are good and decent people.

Astonishingly, people like you, Igor, willingly absorb hostile anti-Western propaganda. You dismiss Australia’s magnanimous generosity, taking for granted the immensity of the gifts Australians have given you. You feel that everything you were given is owed to you. Your desire for more is like a cloud – pregnant with a heavy rain of resentment, envy and anger. This emotional cloud isolates you from common sense, leaving you endlessly criticising this country of our refuge, attacking her values, her system of government, her culture and her beliefs.

Instead, the eternally dissatisfied, like you, are praising the non-existent virtues of one of the most disgusting and dangerous dictatorships on the planet, the Russian government of Vladimir Putin. You believe that by doing so you defend your cultural, religious or ethnic identity. In case you did not notice, Igor, nobody here cares about your cultural identity, your religious belief or your skin color. You can keep or discard your culture as you wish. All you need to be is a person of good character.

Even more astonishingly, people like you would like this country of refuge to be more like the country you had left. Needless to say, it begs a simple question: why, then, did you leave your cherished ‘Motherland’? To sponge? To whinge? To undermine? To be unhappy? Why?

If my anger is getting through by now – so be it – for it took a chunk of my adult life to turn the dream of living in Australia into reality. Before being able to leave we – my wife, my daughter and I – had to go through two endless years of persecution, harassment and fear. In contrast to you, I have paid for the privilege of living here without any suffering or fear. And I know the difference between these two societies. When I hear your incessant complaints and disparaging remarks about your adopted country – all I can think of is – ‘what are you still doing here if things are so unbearable for you?’

My discontent with your incessant carping might’ve stayed at the level of an interpersonal difference of opinions. I would’ have lived with that, accepted it as our mutual contribution to freedom of speech and respect for differing opinions. However, this is not personal. Not anymore. Now you are dangerous!

Igor, please listen: you must understand – by professing your support for Putin and his mob of murderers, looters and rapists – you create an impression that the Russian-speaking people living in Australia are disloyal to this country and are ungrateful for all the help and care we have received. Most of all –you inevitably represent a security risk to my adopted country.

After the fall of the Soviet Union, I, like many others, was hoping that the new Russia was about to become a part of the peaceful family of nations, a world citizen in good standing. This hope did not last long. As soon as the crisis was over, the Russian Federation adopted the pattern of bad Soviet behavior. Aggressive foreign policies, use of trade as a weapon, breach of international commitments, assassinations overseas and inside Russia, bullying and military invasions of weak neighbors, kidnapping, jailing and killing the political opposition, electoral fraud, systemic corruption of a magnitude unheard of before and blatant disregard for the people’s needs have, once again, became the norm in Russia.

And now – the predator has struck Ukraine, piling atrocity on mass murder, aggression and disregard for the sanctity of human life. The régime is successfully brainwashing its people into believing that the whole world hates Russians. This propaganda is effective far beyond the borders of the Russian Federation, assuring that government’s ability to maintain an emotional and persuasive control of much of the worldwide Russian-speaking diaspora. The overall idea is that Russia, an eternal victim of the perfidious West, must defend itself against Russophobia. Therefore, every blatantly aggressive move by the Russian government is an unwilling, but just and noble, reaction forced by Western wickedness. All of this is utter nonsense, but it works.

Does Ukraine need to be liberated?

Russian propaganda is trying to transform the Russian-speaking diaspora into a collective accomplice in the government’s criminal behaviour. They declare their right to use aggression wherever Russian-speakers live, splitting them from the mainstream of their host countries, manipulating them into supporting the Russian government’s policies.

Disturbingly, this is creating a body of supporters, helpers and ready-made collaborators – especially among those Russian-speakers unable or unwilling to integrate into the Australian way of life.

Even now, at this time of the inhumane assault on the Ukrainian people, you, Igor, are supporting this outrage, praising Putin as a great leader. It is not rocket science to connect the dots and extend your platonic love affair with Putin and his cohorts to open collaboration. After reading this piece, you will not be surprised when I tell you that most Australians would find your views offensive and disloyal in this free society.

As I have mentioned before – your views go well beyond empty-minded ingratitude; they are a threat to this country and her people. They are a security threat to all of us. Think about it.

104 thoughts on “A Letter to an Ingrate Russian Emigre”

Andrew Bolt and the Orwellian State