Some Ohm Truths About the Great Green Fantasy 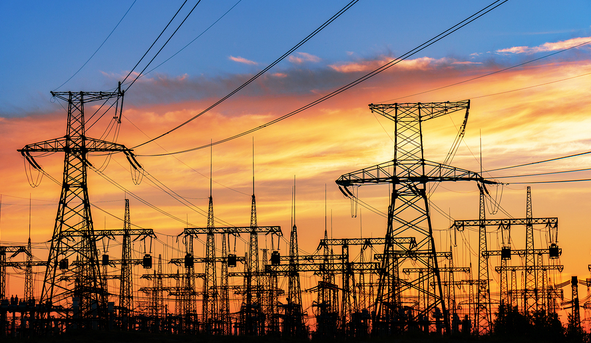 No sane person should be fooled. A climate-cult madness has infected governments and their activist agencies; exemplar, the Australian Energy Market Operator (AEMO). Delusions of grandeur is a common manifestation of madness. Climate cultists fit the profile. Clothing themselves in virtue, they strut about proclaiming that they can save the earth from a fiery end if only we would give away the foundational building block of progress and prosperity; namely, fossil fuels.

As Stephen Kruiser puts it, they act “as if we can go from Point A to Point Z without hitting any of the 24 points between them. They truly believe that they can mandate the future.” As I said, delusions of grandeur; epitomised by AEMO and its “2022 Integrated System Plan.” A plan having the delusional and grandiose objective of engineering “a true transformation of the NEM [National Electricity Market, which excludes WA and NT] from fossil fuels to firmed renewables.”

The plan calls for the supply of electricity to “almost double” by 2050; from “just under180 terawatt hours (TWh), to 320 TWh.” That’s an 80 percent increase not a near-doubling by the way. Bear in mind, we are told, this electricity is needed “to serve the electrification of our transport, industry, office and homes, replacing gas, petrol and other fuels.” Hold your understandable incredulity about the ability to produce so much reliable electricity without coal and gas; think about how much electricity will actually be required by 2050. It’s likely that immigration and increased productivity will at least double the size of the economy over the next 28 years. This requires no more than a modest GDP growth rate of roughly 2.5 percent per year. (In the twenty years from 2000 to 2019, growth averaged 2.9 percent per year.)

Now take into account the impact of electrifying transport.  Transport uses up about 25+ percent of energy production. So not only will doubling the size of the economy require additional electricity but so will its transport component. A linear relationship, using simple arithmetic, suggests, other things equal, that the supply of electricity would need to grow by 167 percent; about twice the growth assumed by AEMO. AEMO does also bring in what it calls “distributed energy” [solar panels on roofs and pinching electricity from over-charged car batteries] and also “energy efficiency.” Still, it is very likely that the totally unrealistic aims of AEMO are nevertheless insufficient to power Australia in 2050. To wit, it’s a case of delusions being not delusional enough. Increased madness required.

Focus on some elements of the prevailing madness. The plan is to orchestrate a “a nine-fold increase in utility scale variable renewable capacity.” For the avoidance of doubt, this translates into nine-times the current number and/or size of wind and solar farms. Where will they be built? Apparently, most everywhere in Renewal Energy Zones (REZs); on and offshore. Nine times! Concentrate on that. Bear in mind that we’ve gone from the first wind turbine built in 1987 to the current number in 35 years. And in the next 28 years we are to build nine times the current build; not taking account of decay and obsolescence? Must be so, activists within AEMO have it in their plan as Point Z.

The Plan is also to build 10,000 kilometres of new transmission lines and all the big ugly pylons that carry them. There was an instructive article in The Australian from Ted Woodley and Simon Bartlett, two very well credentialed people who ought to know. “Transmission line program unrealistic,” it’s headed. You don’t say, you might say. Among other cost blowouts, the proposed high-voltage connection between Victoria and NSW (VN1) is now estimated to cost $3.3 billion from the initial estimate of $1.6 billion four years ago. As Woodley and Bartlett comment, the final cost will “no doubt” be “much more than $3.3 billion.” They go through a number of other projects with similar cost blowouts; and address the sheer challenge of building so much infrastructure in so short a time. As they say, “after decades of minimal transmission being built.” And they go on to comment on the “vehement opposition to overhead lines from communities and landowners.” It’s worth a read. AEMO should read it. No, it might trigger them.

A common factor which runs through all socialist and green agendas is the money illusion. John Lennon nailed it. Money can’t buy you love. We see it everywhere. Money is mistaken for real things. So, for example, one hospital nurse costs, say, $100,000 per year in wages and oncosts. Therefore $1 billion will get us another 10,000 nurses. No, not quite. Not tout de suite. Not any time remotely soon. One kilometre of transmission line costs so much and takes so much time to build; ergo multiply the unit time and cost by 10,000 and out pops the answer. Give it verisimilitude by putting it in a plan. Go back to 2017 and gullibly accept that Snowy 2.0 will be built by 2021 for $2 billion. Have I got a Harbour Bridge to sell you.

And so it is, in the mind of Chris Bowen and his Labor comrades, that 3.8 million Australian households will have a 7.2kw power point installed to power their EVs by 2030. Will 3.8 million households have an EV which they want to power? A good question but Bowen is working on coming up with an offer which can’t be refused. Namely, by taxing the hell out of petrol and diesel cars. And when you look at his authoritarian demeanour, it might be too risky to assume that the horse’s head will not appear under your bedclothes.

His main problem of course isn’t heavying you and me, it’s the number of electricians. It’s hard to get one to come around right now. I spoke to one from a well-known contractor last October and he told me it would be this June before my turn came up in the queue. Notice: Required, electricians to upgrade the electrical wiring of 3.8 million households by 2030, to upgrade all connecting substations, to upgrade wiring to and from the substations. It simply can’t be done. Nothing close to it can be done, even if the electricity is available; which it won’t be if, as AEMO projects, 14GW of the remaining 23GW of coal power is withdrawn by 2030. It’s all pie in the sky. Stalin’s and Mao’s five-year plans reprised. Real life’s such a bummer to a renewable-energy drummer.

20 thoughts on “Some Ohm Truths About the Great Green Fantasy”

Conspicuous Grieving and the Politicisation of Tragedy