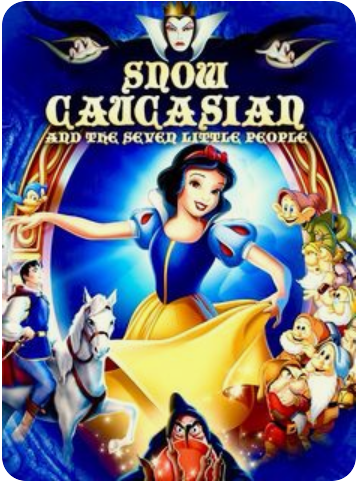 As highlighted in George Orwell’s 1984, language and how it is used influences how we think and act, so controlling language is a key strategy employed by totalitarian regimes of the left and right to manipulate people and enforce group think.

In Orwell’s dystopian novel what is described as New­speak leads to a situation where “thoughtcrime” is impossible as “there will be no words in which to express it”.  Such is the insidious evil of distorting language to control how people think Orwell writes in ‘Looking back on the Spanish Civil War’, we now live in world where whoever rules is able to say “two and two are five. This prospect frightens me much more than bombs”. 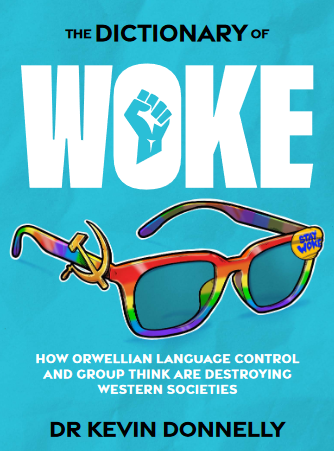 language to persuade and convince has been evident since the time of the ancient Greeks. Rhetoric includes devices such as using emotive language, attacking the person, appealing to expert opinion and facts, generalising and employing logic and reason.

It also should be noted employing rhetoric is not restricted to the cultural-left. During America’s involvement in the Vietnam war the military used the expression ‘collateral damage’ to describe innocent civilians being injured or killed and ‘friendly fire’ when its soldiers were the victims of American firepower. Forcefully removing peasants from their farms and villages, instead of being described for what it was, was labelled as ‘pacification’.

Notwithstanding rhetoric is common across the political spectrum what distinguishes political correctness and wokeness from other forms of argument and language use is its origins in the culture wars as instigated by Germany’s the Frankfurt School in the 1920s.  More recently, it has morphed into a rainbow alliance of cultural-left theories including: feminism, postmodernism, deconstruction and LGBTQI+, post-colonial and gender and sexuality theories.

Woke activists always portray Western civilisation, capitalism, Judeo-Christianity, marriage between a woman and a man and heterosexuality as its chief enemies. Identity politics and victimhood prevail where so-called disadvantaged individuals and groups are always presented as victims made powerless by an oppressive system.

Rather than relying on reason and rationality (as such concepts are Eurocentric, phallocentric and binary) arguments are subjective and relative in nature and based on emotion.  The intention is to impose a New Age, politically correct utopia where all are equal and free of discrimination (unless you are Eurocentric, male, pale and stale).

As noted by Jennifer Oriel in Cancel Culture and the Left’s Long March, an even more insidious and dangerous aspect of woke language control and group think is any opposition and criticism is vilified and attacked without remorse. Civil debate and reasoned dialogue have given way to personal attacks and vitriol.

… the objective of tolerance would call for intolerance toward prevailing attitudes, opinions, and the extension of tolerance to policies, attitudes and opinions which are outlawed or suppressed… what is proclaimed and practiced as tolerance today, is in many of its most effective manifestations serving the cause of oppression.

Recent events involving Australia’s universities illustrate the success of cancel culture in influencing and controlling how people communicate, think and interact with one another. In the language of 1984’s Big Brother the University of Sydney proudly proclaims the purpose of education is to “unlearn”. On the basis “not everyone has been taught how to unlearn” the university exhorts students to “challenge the established, demolish social norms” in areas such as same-sex marriage, indigenous land rights, peace studies, refugees and the environment.

Victoria’s Monash University, the University of New South Wales and South Australia’s Flinders University have Diversity Toolkits and Inclusivity Guidelines telling academics and students what to say and what to think instead of promoting open discussion and dialogue. Academics are told not to espouse “heteronormativity” and “heterosexism”. The arrival of the First Fleet is described as an “invasion” and academics are warned about misguided students “who see themselves as part of the dominant culture” and who might be difficult to indoctrinate.

Monash University’s ‘Inclusive Language Guide’ provides another example of how advocates of political correctness have taken the long march through the institutions. On the basis “language is enormously powerful and politically charged” the guide suggests using “workforce” instead of “manpower” and “artificial” instead of “manmade”.

Trigger warnings are also increasingly prevalent where vulnerable students are warned beforehand if they are about to encounter supposedly offensive texts. Examples include literature dealing with homosexuality, violence, rape, racism or mental illness. Literary texts such as Macbeth (violence and murder), the play Medea (where children are killed) and novels like The Man Who Loved Children (where someone commits suicide) are decidedly problematic and offensive.

How literature is taught at Sydney University also adopts a decidedly postmodern, politically cor­rect approach. Instead of the Western culture’s literary canon, students learn about “the rise of identity politics, the culture wars and queer theory”. Under the heading “postcolonial modernisms/modernities” students learn how “race, gender, class, sexuality, nation and religion shape ideas of being modern”.

If classic texts such as Shakespeare’s tragedies are studied, students are made to deconstruct them in terms of power relationships involving the new trinity of gender, race and class. A third subject involves deconstructing “text-production as a social and ideological act”, where students consider the “ideological influ­ences impacting on theoretical discourse about language and textuality”.

This politically correct view of literature is the opposite to a liberal view of education; one where literature is studied for its moral and aesthetic significance. Instead of appreciating how language is crafted or what a literary work suggests about what it means to be human and how we relate to the others and the wider world the focus is on deconstructing texts in terms of critical theory.

Universities in the United Kingdom have also succumbed to the Kool-Aid. Manchester University, for example, in its ‘Guide to inclusive language’ descriptions like man, woman, father, mother are replaced by individuals and guardians. Other words now excluded include man-made, manpower and mankind. The Brighton and Sussex University’s Hospitals NHS Trust now tells midwifes to replace breastmilk with human milk or chest milk, breast feeding with chest feeding and father with second biological father.

Such is the power of Orwellian language control that even the United States Congress is no longer immune. In early 2021 the Rules Package, released by Nancy Pelosi and James P. McGovern, both Democrats, is described as the most “inclusive in history” with specific mention of honouring “all gender identities by changing pronouns and familial relationships in the House rules to be gender neutral”.

Kevin Donnelly’s latest book,The Dictionary of Woke, excerpted above, can be ordered via this link

Bat-Flu Crazy in the Land of Oz