Authoritarianism in the Air 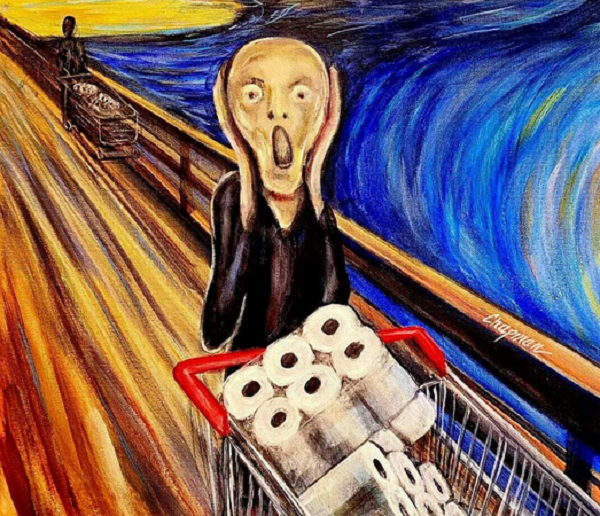 Up until a few days ago I was sticking with Glady Berejiklian. This current ridiculous lockdown tested my resolve. But then, I thought, let’s look at the unenviable position political leaders have put themselves in.

First, they slavishly followed China in adopting lockdowns. Bear in mind that this is the first time in the history of epidemics that general lockdowns have been applied. And, I understand, none were ever contemplated.

My conclusion is that they wanted the Western world to cripple itself. Of course, they had help from Neil Ferguson and his fellow Imperial College (UK) hysterics in mid-March 2020. Mind you, even they, in their report, did not recommend general lockdowns. True, it is mentioned in passing, but it is not part of the “suppression strategy” which they advocated.

Unsurprisingly, California was one of the first to go full monty. Fauci and epidemiologists around the world soon got on board. What power, basking in the limelight with politicians and the media in thrall! A heady brew.

Second, political leaders, to a man and woman, hid behind medical gurus.  Not our fault you are thrown out of work, your business ruined, they claimed. Blame the expert advice. Follow “the science”.

Powerful political leaders, thinking at first that they were calling the shots, quickly became pawns in the game. To use New South Wales as the example, when Chief Health Officer Kerry Chant says jump, it is now clear that Gladys jumps. I could equally have cited many others, including England’s chief medical officer, Professor Chris Whitty. Sure, Boris Johnson was recalcitrant at first but after a personal dose of COVID he soon started paying obeisance to the chief.

Of course, having being promoted as gurus, medical advisers are too in a bind. The safest course for them is always to advocate restrictions and lockdowns. There is no downside – for them.

So, you see, I was willing to give Gladys some slack. And, for a time, she was the least-mad of the premiers. What soured me? This is what soured me just a few days ago: “Don’t relax. Assume everybody in and around you has the disease, you have to,” she said.

This comment is quite beyond the pale, even in these lunatic times. We apparently have to treat all those we meet, or who pass us by, as lepers. Disease-ridden vermin, from whom to shy away. It is so, so destructive of civil society.

I cannot vote for her again; at least unless she recants. She just took a step too far for me to handle.

One Nation, Fishers and Shooters, informal, who knows? It is dispiriting if one dwells on it. So back to China.

Presumably, the virus escaped accidentally from the Wuhan lab. To think it was deliberate is, in a word, unthinkable. But, having accidentally let it escape, China hid it from the world and allowed international travel while apparently restricting domestic travel. To me that is tantamount to an act of war. But I don’t know, maybe I’m old fashioned.

Probably, Xi Jinping and his comrades are quite happy with the focus being on the origin of the virus. I wouldn’t be surprised if their indignation isn’t calculated to encourage such focus.  First, it is hard to prove conclusively. Second, it takes away from the evident deceit and lies which occurred once the virus was abroad in Wuhan: the faking of the severity of the illness and the reckless endangerment of the rest of the world.

“Facts, Hastings, facts, those are the cobbles along the road on which we travel,” says Hercule Poirot in Murder in Mesopotamia. Facts are not the road on which dictatorships travel. They deal exclusively in lies and deceptions. When you think about it, North Korea, Iran and China come readily to mind, but then what of the lies and deceptions which are part and parcel of climate change, and now COVID?

Inconvenient facts are hidden. Exaggerations abound. Emphasis is given to cases (most of whom are so un-sick they don’t know they have COVID) and not to hospitalisations and certainly not to deaths.

Figures in the UK appear to show plunging hospitalisations as the Delta strain becomes dominant (95 per cent). Of course, Public Health England attributes this outcome to vaccinations. Nevertheless, the strain seems to be less pathogenic, as is generally the case as viruses evolve. Killing the host isn’t productive. In any event, have we heard anything intelligent about this from our chief health officers?

Let’s see, around 80,000 Australians have died from all causes in the first six months of 2021. Each and every one a tragedy, of course. Only one COVID-related death has been recorded in this time, none from local transmission. This is not a perspective which fits the narrative. Don’t expect to hear about it.

My point: China is the archetypical twister of truth in common with all dictatorships. While we accept, even in democracies, that truth is a casualty of war, it now seems to have become the casualty of both climate change and COVID.  Pardon me for being worried. I sense the tell-tale signs of authoritarianism in the air. Call it the Great Reset. Whatever it is called, it is inauspicious.

20 thoughts on “Authoritarianism in the Air”

Mistletoe or Not, Trump Deserves a Kiss