God, Caesar and the Scourging of Scott Morrison 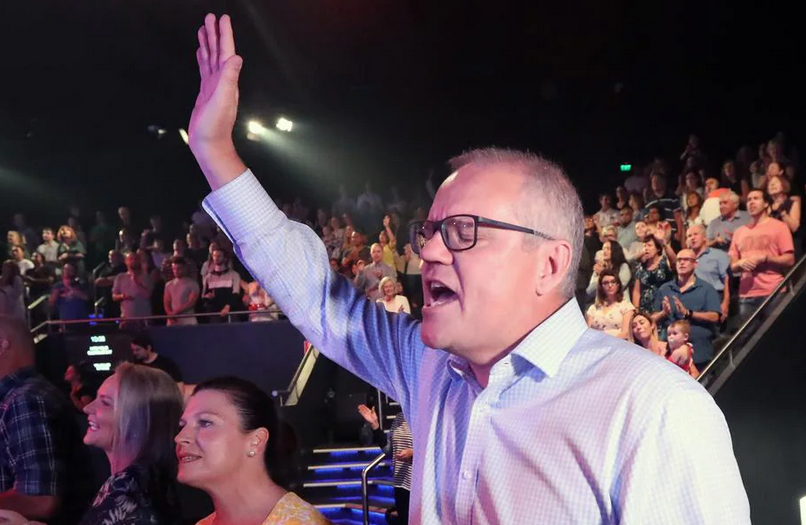 Ever wonder what it means to give to God what is God’s and to Caesar what is Caesar’s?

You should. It is often taken to mean a separation between church and state. However, this is only a derivative concept though, of course, of great import. State law overriding canon law, has allowed parliamentary democracy to flourish. And, incidentally, as we see around us these days, has allowed parliamentary democracy to subvert decency and common sense. Heck, those are the breaks and clearly putting ourselves back in the hands of ecclesiastical authorities, themselves now much diminished, is not the answer

Scott Morrison was criticised by some, John Hewson (in the SMH) and Kevin Rudd (in the Guardian) among them, for his speech at the Australian Christian Churches national conference. Gerard Henderson (paywalled in the Australian) was in turn critical of Hewson and Rudd criticisms. My view is that all three contributions were thoughtful. That’s possible, by the way, in a world of free speech and civil engagement.

The area of contention was whether Morrison’s belief in God and in the covenant between ourselves and God, which determines how we should behave, affects the way in which he governs. Henderson made the telling point that neither Hewson nor Rudd gave examples showing Morrison’s religious faith interfering in his policymaking. In fact, Hewson, if you read him, is at pains to point out areas which might have benefited from a dose of Morrison’s faith. I agree with him, for example, about the awful bullying of Christine Holgate.

The Christine Holgate affair, and you could add Morrison’s selling our SAS troops down the river and his callous dismissal of the concerns of part-pensioners when he cut their incomes, shows how hard it is to deal with others as you would be dealt with. For good reason, I’m not throwing stones. But Morrison should think on it.

What I think is missed in the debate is the respective areas of the jurisdiction of God and Caesar. My premise obviously is that God exists. Otherwise, there is only Caesar and no point to the debate. That settled, we are not talking here about equal partners in the affairs of men (‘men’ being used here as a collective noun inclusive of women, transgenders and children). God is sovereign over everything. If he isn’t, he isn’t God.

This means that Caesar is there only because God put him there. “The Lord hath made all things for himself: yea, even the wicked for the day of evil,” says Proverbs 16:4. Moreover, God’s law has primacy. God’s law is just and moral. What this, in turn, means is that Caesar’s authority extends only so far as his lawmaking does not offend God’s law. Because, to quote Thomas Aquinas, approvingly quoting Saint Augustine, “an unjust law is no law at all.”

Replace Caesar with Morrison, or with any current political leader, and their legitimacy is circumscribed according to whether they act justly and morally; where ‘morally’ is rooted in God’s law. Morrison has no real choice as a Christian other than to have, or try his hardest to have, his Christianity inform his judgment and actions. That way he is exercising legitimate authority. Making lawful laws.

Separation of church and state does not mean the separation of God from state. God cannot be separated from earthly action. We need our leaders to try to follow God’s lead as best they can. All else leads to misery. At the same time, there is no detailed script to follow. Judgement is required.

Is a policy of closing the border to those travelling from countries afflicted by large numbers of COVID infections ‘lawful’? I think it is. Is threatening Australians with punishment if they manage to get home from such countries? I don’t think it is. But you can see why praying for guidance is needed.

The economics of rort