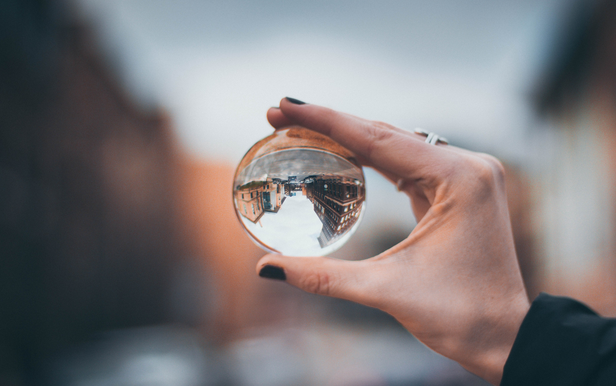 In vintage Australia an attitude of mind prevails, encapsulated by the saying “She’ll be right, mate.” It’s a consoling, optimistic epithet. It gives rise to a species of presentism which collapses the future into today’s benign circumstances.  For example, China might be building its military assets, swallowing territory in the South China Sea, extending its reach more broadly, banning various Australian exports and expressing considerable annoyance with us for not kow-towing to Beijing. Never mind, clunky submarines are on order. She’ll be right, mate.

Unfortunately, the history of mankind is replete with circumstances one day which turn out very badly the next. What to do? Preparation is prudent. And ‘off-the-shelf’ US nuclear subs might be a better way to go. At the same time, it would be wearing and counterproductive to allow an uncertain future to put an enveloping air of gloom and doom over the present. Perspective combats paranoia.

Perspective is front and centre when it comes to defending the realm. Not so much where wymyn are concerned. In that case the Prime Minister leads the charge at jumping at shadows. Hyped-up, make-believe claims of sexism and misogyny cause him to shed tears of personal anguish. Be consoled, PM.

It’s all unedifying and terribly tawdry but such things go on everywhere, always have, always will. It ain’t like a Chinese nuclear sub cruising our territorial waters. Might be time then to lose a bit of perspective.

Perspective was defenestrated entirely when COVID hit. It’s still hard to grasp how a virus with so little lethality shut down the world. Total deaths in England, when averaged across 2019 and 2020, were exactly the same as the yearly average for the previous ten years..

It will be interesting once the dust has settled to see exactly how many people died worldwide who would otherwise have lived another six months or so. And to see objective assessments of the effectiveness of the shutdowns. Though I dare say such information will be suppressed if governmental and medical authorities and the shutdown-cheering mainstream media have their way.

That would be a pity. Because a sober assessment of the past sixteen months might have a chance of reinstituting some perspective. As sure as eggs, another double-mutant viral strain is, as we speak, itching to hatch from a laboratory or bat-like creature and infect someone at a Chinese wet market. And then, here we go again.

If COVID takes the cake when it comes to hysteria, climate-change alarmism is not far behind. Of course, we see this at its most costly in the form of useless wind turbines and solar farms. Wind and solar do not provide dispatchable power, therefore — no if or buts — they are useless.  Currently they provide three percent of the world’s energy and have caused blackouts in South Australia, in California, and in Europe and probably elsewhere. Now imagine their heightened capacity to cause blackouts (when the sun don’t shine and the wind don’t blow) if they were relied upon to provide twice as much energy; three times as much. Mind boggling.

Personally, I find the response of central bankers to climate change most intriguing. Level-headed men and women one would think. They have a mundane role. However much it is embellished setting interest rates is mostly all there is to it. Anyone could do it; particularly as they tend to follow each other up or down.

To add colour to their working lives maybe, the Reserve Bank explained a little while ago that it would incorporate climate change into setting monetary policy; though there was no indication as to how this might be done. No programmatic specificity as it were.

Recently Randal Quarles, chairman of the Financial Stability Board (an international body based in Switzerland, set up after a G20 meeting in London in 2009), said that his board would be putting together a roadmap to guide bankers in how to deal with climate change. An unnamed senior banker was quoted in my newspaper saying that “the road map amounted to the FSB’s most significant intervention in combatting the effects of catastrophic climate change.” Do you see how perspective is easily lost?

Let me tell you about the trick of banking. The only trick. Make sure those to whom you lend money can and will pay it back, with interest. Banks are practised at this except during recessions, when lots of otherwise viable businesses go down the tubes.

They don’t need a roadmap to tell them to ramp up lending to renewable energy carpetbaggers supported by government subsidies or not to lend on security of an uninsured property on a crumbling coastline or to stop lending to coal power stations thrown under the bus by subsidies to their renewable-energy competitors. They can work it out.

But this is where perspective is lost. It’s not up to central banks or banks to decide which industries will thrive and which won’t. They are simply journeymen; there to grease the wheels. Ideally, market forces determine which businesses thrive and which don’t. These days, unfortunately, governments have a big say too by regulating, taxing and subsidising.  Central bank and banks have no say; or should have no say. Their buy-in into climate change is without foundation.

Perspective is becoming a rarity. I suppose its scarcity has moved in sync with common sense. And, I suspect, with average IQ.

18C Or Not, Victimology Is Here To Stay

We’ll Pay in Pain When the Bill Comes Due