The Wisdom in Knowing What We Don’t Know 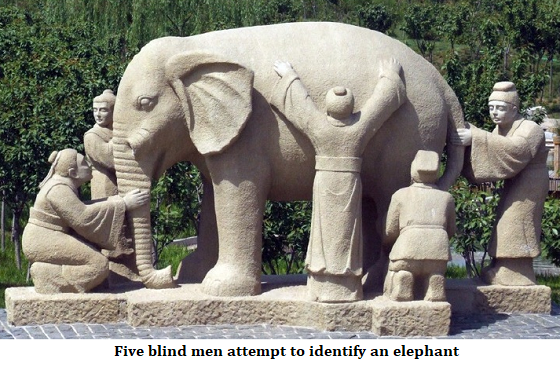 Regrettably, there is little knowledge — read that ‘verifiable facts’ — about treating COVID-19, about preventing its spread, about the facts of herd immunity, about its mutation potential, about any form of treatment, the efficacy of the vaccines and many other open questions. This has left experts, world-wide,  to respond in ignorance to the demands of the media for comment. I have seen some appallingly wrong (as it turned out) opinion pieces by experts.

In January, the respected scientific journal Nature asked more than 100 SARS-CoV-2 immunologists, infectious-disease researchers and virologists if it could be eradicated. Almost 90 per cent thought it would become endemic — circulating in pockets of the global population for many years.

I read through that Nature article carefully. As has been the norm at this stage of COVID-19 ignorance, it is highly speculative. How do the the words below and the frequency of their use in that Nature paper reflect knowledge?

Add them up and you have what amounts to a disconcerting tally of44 ‘um’s and ‘er’s. I cannot give it credence.

So where is the knowledge? We won’t have that for another year or more, which is why the ongoing Israeli experiment to vaccinate the entire population will be an enormous help. All Israelis are covered by four health funds, which contain all their medical information. This de-identified material is being sent back to vaccine manufacturers Pfizer and Moderna for analysis. That was why Israel got the vaccines so early. They are the rest of the world’s human guinea pigs. Some results are beginning to emerge, but that will take time to analyse.

The truth about much regarding the COVID-19 epidemic is that there is no knowledge. We do know what the virus does, and how it kills people. But why isn’t the virus killing entire families, as did the Spanish Flu of a century ago.

We do not know how many the virus has killed. Yes, we see running tallies of deaths, but how many, especially the elderly, have died with it, not from it? There are not enough forensic pathologists in the world to have done post-mortem examinations to confirm COVID-19 as the prime cause of death. People are being buried in mass graves around the world. Few countries have reliable death statistics. The US alone has 50 states with differing coronial laws.

Doctors and virologists should be honest about areas where there is no knowledge. They should be saying, “I don’t know, and nor do any of my colleagues.”[1]

Instead, they feel bound to opine.

Dr Peter Arnold is the author of A Unique Migration: South African Doctors Fleeing to Australia

The Ripe Aroma of BS and Musk