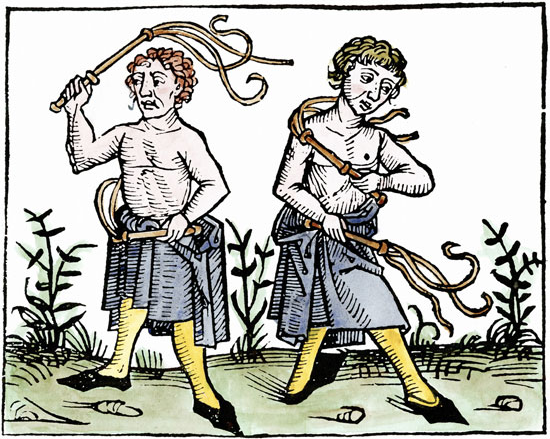 I seldom watch the ABC news these days and even more rarely SBS news. Yet last Thursday I tuned into SBS at 6.30pm. The first segment, which lasted about fifteen minutes, was about flooding. The news anchor was a member of the sexual cohort with female body parts, formerly called without ambiguity “women”. Someone from emergency services was interviewed as was a meteorologist. Both women. Three reporters on the spot were brought in to explain the conditions in their neck of the woods. All women. Two premiers were interviewed Ms Palaszczuk and Ms Berejiklian. Are you getting my drift?

Only the oppressed sex seemed to have a guernsey. Not one man. I can only assume it is such an onerous business to front cameras that misogynous men must be forcing women to do it. Things must change. As Scott Morrison put it at his mea culpa press conference on March 23, “it is not OK.”

You might think this piece is about women. It’s not. Well, not entirely. It’s also about men in general and one man in particular.

Mr Morrison’s press conference, in part at least extolled by the sisterhood, was, in my view, his worst performance to date and he’s had a number of bad performances. You might recall him, when Treasurer, callously dismissing the concerns of part-pensioners when he impoverished many of them by reducing their ability to access the pension. You might recall his policy of discriminately taxing the big banks, seemingly ignorant of the door he was opening for Labor.

You might recall his inept governance when the bushfires hit; his weak-kneed response to state premiers closing their borders at a whim; his premature and shameful condemnation of our troops when the Brereton Report came out; his unconscionable bullying of Christine Holgate during the affair of the Cartier watches– and she, a woman no less! Was this the face of misogyny to rank with Tony Abbott’s? I can only leave that to posterity to decide.

Apparently, so he tells it, the PM has “heard” that “women are too afraid to call out bad behaviour for fear of losing a job or being intimidated in the workplace.” Not in my experience, though it is bound to happen. Men are victims too. It’s not a perfect world we live in. When I had responsibility for workplaces, I put procedures in place to ensure that harassment was not tolerated. The Speaker of the House and the President of the Senate should ensure that harassment is not tolerated within Parliament House. Simple as that.

Morrison should shift the responsibility to where it lies and get on with being PM. End of story. But of course, he is in full apologetic mode and determined to shoulder the burden of saving women everywhere.

“Women,” for example, “who are afraid to walk to their car from the train and [who] carry their keys in their hand like a knife for fear of being attacked [and who] walk daily in that fear.” According to Morrison, “that is not OK.” I admit to having carried my keys like that in dark threatening places. Will Morrison save me from footpads and ne’er-do-wells. It’s so ridiculous it can’t be parodied.

Again, he has “heard” – from whom, I wonder – “that women are overlooked, talked over by men, treated like they have nothing valuable to contribute.” They are, he claimed, “marginalised” [and] “intimidated” [and] “belittled” [and] “diminished” [and] “objectified.” None of that is OK, says Morrison. Just in what universe does he live? It’s not the one I live in.

Though, as I’ve said, some women are being forced, apparently, to work for SBS, which might be a fate worse than death. I also acknowledge some objectifying going on when I see women being forced to gyrate their bare bottoms in crass fashion on music videos beamed into my gym. Incidentally, I avert my eyes lest it puts me off women entirely. And, though she does it with aplomb, that Kylie Minogue in older videos is not shy about showing some bare flesh either. Goodness knows which monstrous man is behind that. Sorry, I’m at my coffee shop and have just objectified a shapely young woman walking past with skin-tight stretch leggings. Some self-berating is in order.

Morrison is now beyond recovery. Once you start apologising to modern feminists (and, generally, to leftists, LGBTQ activists and woke radicals) you can never stop. You will never satisfy them. Nothing will ever satisfy them. They live and breathe victimhood and identity politics. Shifting Christian Porter of out of his Attorney-General job will be a self-defeating and useless gesture.

To be clear. Porter is innocent. No, it’s not a case of we don’t know because we weren’t there 33 years ago. The tale is tall beyond words. Wouldn’t it have been refreshing if Morrison had found some strength of character and resisted the pressure to shift him, as he did today (March 29),  and not use the feeble excuse of there being a ‘conflict of interest’. There was no conflict of interest. He could have recused himself in the unlikely event anything remotely related to his defamation case in the federal court came across his office desk.

What a hyped-up mess this Australian parliamentary version of ‘Me Too’ has all become. At the same time, it’s an ill wind. Don’t mind Morrison making Peter Dutton defence minister. Hope that isn’t just the sexist in me oppressing Linda Reynolds.

36 thoughts on “A Very Sad Apology for Leadership”

The Legions of Ephialtes