The Science is Settled. Lefties are Fearful Scolds 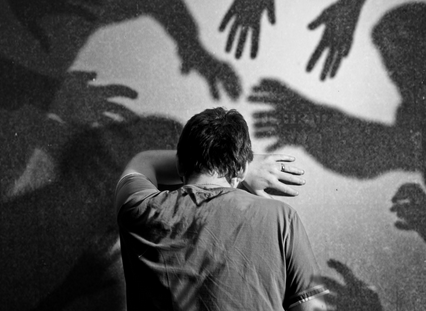 There is more than a modicum of truth in the old joke that the definition of a ‘racist’ is anyone who is winning an argument with a leftist.  When a woke leftist’s evidence and logic don’t stack up, a bit of name-calling (‘racist’, ‘bigot’, ‘deplorable’, etc.) will enable them to seize the presumed moral high ground and thereby claim victory, at least to their own satisfaction.  Moral one-upmanship is the woke leftist’s go-to position: ‘I’m good, you’re bad, so just shut-up’. If you’re of the Left, it’s the all-purpose, not-so-sotto-voce debate clincher.

Such ‘virtue-signalling’ by the morally self-righteous Left is supported by anecdotal evidence galore but now there is hard scientific evidence for its empirical reality, as demonstrated with regard to the ‘moralisation’ of COVID-19 by the lockdown-Loving Left.  Researchers from New Zealand’s University of Otago and two universities in the US recently published the results of their study , ‘Moralization of Covid-19 Health Response: Asymmetry in Tolerance for Human Costs‘, in The Journal of Experimental Social Psychology. It’s a doozy.

People who see the SARS-COV-2 virus as an “urgent and visible threat”, the researchers find, moralise the social distancing policies, especially lockdowns, claimed to contain and eliminate the virus.  Lockdown is framed by such moralisers as a “question of right or wrong”, and so “staying at home and complying with mask mandates”, for example, are presented as matters of “ethical duty and commitment to the common good”.

Moralisers thus develop an “ardent belief that others should share one’s [highly moral] convictions” and so “any behaviours that compromise those goals are seen as harmful and may elicit moral outrage”.  As a result, sceptics and opponents of lockdown, by “calling into question the efficacy and costs of its implementation”, evoke in the moraliser strong “moral outrage, disapproval, and a desire to reaffirm one’s moral commitments” (or, as it is more popularly and derogatively known, virtue-signalling).

Overlaying political ideology on this moralisation framework, however, is particularly revelatory.  The researchers find that political liberals are much more inclined than conservatives to “heighten the perceived danger of COVID-19”, which is the pre-requisite for greater toleration of the “collateral damage” and “trade-offs” (lives lost, jobs and businesses destroyed, police abuse of lockdown powers, etc.) arising from “efforts at elimination and control of the virus” through lockdown.  Conservatives, on the other hand, are much more even-handed, neither prioritising the threat of COVID nor the harmful effects of lockdowns.

Concerning lockdown, political liberals reveal themselves, on average, to be arch-moralisers.  ‘Moral outrage’ is much more prevalent, and extreme, amongst liberals than conservatives, the researchers find – liberals tend to have a much stronger negative reaction, to express ‘moral outrage’, towards those who oppose, or merely even question, the rightness of the strategy of lockdown.

Using a scale of 1 (not fussed at all) to 7 (incandescently indignant) , the researchers found liberals on average moved the moral outrage needle all the way up to a hostile 5.1 when asked their opinion of a fictitious public health official who opposes lockdowns. By contrast, they were much kinder to the lockdown zealot, who got off lightly with a barely-breathing average ‘moral outrage’ rating of just 1.7.  Conservatives, on the other hand, are boringly neutral in terms of moral outrage, rating the lockdown zealot at 3.0 and the lockdown sceptic at 3.4, bang in the middle range for both.

In social psychology, pronounced extremes (in this case, for political liberals and their feelings of moral outrage) are quite rare.  Most people, most of the time, are, well, pretty average (it is only in Lake Wobegon that ‘all the women are strong, all the men are good-looking, and all the children are above average’).  The bell curve that visually graphs the population spread of personality traits and other psychological attributes isn’t, after all, called the ‘normal’ distribution for nothing.  Unlike political liberals, conservatives, it would seem, share the human psychological space inhabited by most, well, normal, people.

The study also offers no scientific support for the liberal counter-accusation that conservatives engage in the inverse of virtue-signalling – ‘vice-signalling’, which is another way liberals have of caricaturing and dismissing conservatives as ‘racist’ or, in the case of COVID, as being uncaring sorts prepared to let COVID kill granny in order to keep their precious business-as-usual, commerce-first value-system afloat.

On all measures of COVID and lockdown, when compared to the fluorescent moral umbrage the study experimentally quantifies for the average liberal, conservatives were statistically beige, pt not toget excited and generally much more even-handed.  Liberals, by contrast, are quite abnormal in the politico-psychological sphere, their fragile mental health and wobbly emotional balance making them prime candidates for the pathology of virtue-signalling.

Adding credibility to the researchers’ findings is that they are actually COVID Believers, taking for granted that COVID is “a terrifying global health threat” whilst asserting that lockdown restrictions have a “capacity to save lives”, so any experimenter bias in methodology would likely favour the official narrative on the virus/lockdown and be endorse the liberals’ view of the political and virological world.  Unlike most liberals, however, the researchers do acknowledge that lockdown comes with “potentially devastating health, welfare, and economic costs” and they rise above their personal beliefs to conduct some solid science, quantifying a remarkable deal of virtue-signalling in the average liberal.

This finding concerns the researchers because it suggests that “potential human costs beyond COVID’s direct health effects may be relatively under-acknowledged, deprioritized, or granted less moral weight”.  Moral outrage may self-validate the woke liberal’s politics but it comes at the expense of evaluating the costs of lockdown “dispassionately or through empirical scrutiny”.

In the midst of an economic, financial, employment, educational, cultural and social crisis brought on by destructive lockdown lunacy, virtue-signalling is no joke.

One thought on “The Science is Settled. Lefties are Fearful Scolds”

Keeping the Sugar off the Table