Get Thee Behind Me, Infernal Hacks 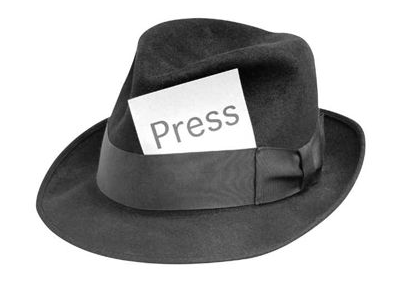 This is my final, last, finishing, conclusive comment on the national broadsheet newspaper, The Australian. I say this because although I will for the time being continue to buy the paper, I will not read anything from Peter van Onselen, Cameron Stewart, Troy Bramston, Paul Kelly or Katrina Grace Kelly, and maybe others worth forgetting about, which I have.

Didn’t I mention it? The creepy editorials are out too. Did you see that the paper has awarded its Australian of the Year conjointly to COVID contact-tracers (I kid you not) and to Victorians; the latter, effectively, for having to put up with the lockdown idiocies of Dan the Man. To Victorians, a large majority of whom were responsible for voting in Dan and his leftie crew in the first place? Give me a break!

Another thing, I will immediately cease reading any so-called conservative commentator as soon as they lapse into left-wing talking points. For instance, when, as today (23 January), Adam Creighton refers to “Trump’s own repulsive personality” or Chris Kenny refers to “Trump’s appalling behaviour post-election,” I will simply stop reading. Thus, I will have nothing to complain about or take issue with. Problem solved.

In passing, let me say that I don’t know anything about Creighton’s personality. I don’t know him well enough. I assume the best. He might do the same for others and refrain from casting personally insulting stones. Trump is a person too, with a family.

Pretender Biden has been caught sniffing young girls’ hair, boasting about fighting the bad dude ‘Cornpop’ with a chain, making up a story about being arrested on behalf of Nelson Mandela, explaining how children liked to fondle his leg hair, plagiarising Neil Kinnock, and taking kickbacks from the Ukraine and China. Yet, I am not willing to go nearly so far as to use the word ‘repulsive’. I don’t know him. Maybe he’s the kindest of men in his daily life.

Trump’s children appear to genuinely love him. I have seen friends of his interviewed. They say good things about him. Can we please have civility? And avoid going around describing other people, other than serial killers, evil despots and the like, as repulsive. It is repulsive to do otherwise.

As to Trump’s ‘appalling’ behaviour. The election was stolen! Kenny only needs to extract his head to see that. Voter turnouts: National 66.7 per cent; Ohio, which Trump won easily, 67.4 per cent; the nearby states of Wisconsin, Michigan and Pennsylvania, which Trump lost narrowly, 75.8 per cent, 73.9 per cent and 71 per cent. In those states, they found enough votes in the dead of night to beat him.

Here’s an analogy. Thieves break into your house. You wield a cricket bat in defence of your property and family. Appalling, magistrate Kenny says; too much force. But what about the thieves, you protest. Weren’t they appalling too; worse than appalling?

Let me tell what I think is appalling, sinister to boot, among a number of Biden’s rushed and reckless executive actions. It is the order with the noble title of “Preventing and Combatting Discrimination on the Basis of Gender Identity or Sexual Orientation.”

Who in the world could disagree with the opening: “Every person should be treated with respect and dignity and should be able to live without fear, no matter who they are or whom they love.” Hear! Hear! And then comes the most egregious among a number of punchlines: “Children should be able to learn without worrying about whether they will be denied access to the restroom, the locker room, or school sports.”

Who’s cruelly preventing little Johnny from having a widdle or kicking a football, you might ask in your naivety. No one is the answer. They are preventing Johnny from being in the girls’ restroom and locker room and from ruining girls’ sports. And that has got to stop, according to Biden.

This is the stuff that you would like your conservative newspaper to thunder about. Not about what I would call Trump’s occasional and inconsequential gaucheness. Who cares, when he is out there, among other derring-dos, protecting women’s rights and traditional family values.

We should not misunderstand what is going on. This is not about giving boys and men who think they are girls and women – and vice versa – equal protection under the law. That’s fine. They ought not to face discrimination. The world for them is hard enough as it is.

This about undermining the basic building block of our civil society. This building block is the complementary roles of men and women, which is fully expressed within traditional marriage and with the birth of children. Only biological men and women are participants in this ‘dance of life’.

To the more nitty-gritty, the rights of biological men claiming to be women do not trump the rights of women. Biological (older) girls and women have a right to be free of the presence of biological (older) boys and men in places where they undress. Not hard. They have a right to compete in sports against other girls and women without being overpowered by biological boys and men whose physiques have been moulded by testosterone. Not hard.

There were 28 Biden executive actions on January 20 and 21. Most took the US backwards. I have focussed on the transgender executive order because it is, I think, the most sinister. However, there is a lot among the twenty-eight to cause trepidation and concern. Never mind, as Paul Kelly tells it (22 January), “Joe Biden’s metaphysical pledge is to restore the soul of America. His political quest is to achieve this through the restoration of national unity.”

Kelly and company fiddle while the US burns. What a pleasure it is to resolve not to read this superficial piffle anymore.

Keynes for our times