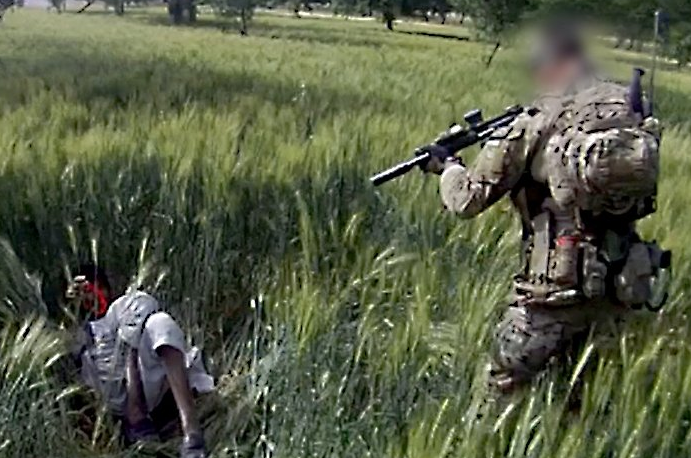 Prior to the release of the report, there was a general, and welcome, consensus among senior politicians, particularly four former PMs, that we need to be very careful about judging the actions of soldiers in the heat of battle against standards that apply in the community in general.   However, Tony Abbott is reported as having ‘urged prosecutors to stay their hand should credible examples of war crimes be uncovered’.  If he did use those words, they were somewhat ill-judged.  He is later, in the same article, quoted as saying “Australians should be very, very slow to judge the SASR, given the work they were asked to do”. The two statements seem to be at odds.  If ‘credible examples of war crimes’ are uncovered, authorities cannot ‘stay their hand’.  They have no choice but to act.  And now that the Brereton Report has been released, regardless of the pain it has caused to serving and former members of the Defence Force and the general public whose support of the ADF is unquestionable, that is what must happen.   And it is worse than we feared.

War is a nasty business and combat soldiers are often faced with difficult choices.  Sometimes their actions might appear to some as barbaric or criminal, and to others as justified by the exigencies of battle.  A good example of this conundrum is the controversy of the ‘severed hands’ in which MP Andrew Hastie was caught up.  An SASR trooper cut the hands off a dead insurgent in Afghanistan so they could be fingerprinted back at base.  Mutilation of enemy corpses is not permitted.   However, in this case the mutilation was not done in a spirit of revenge or barbarity but to identify the insurgent by his fingerprints back at base.   It seems that, in this case, some discretion was exercised and no disciplinary action was taken against the soldier involved.  I would applaud that outcome.  I can attest that in combat operations a certain callousness very quickly develops and it would be no surprise that a young soldier, having deprived another human being of his life, would think it no big deal to also deprive him of his hands, if that act served a useful purpose — especially given the propensity of this particular enemy to indiscriminately dismember innocent men, women and children.

There are Rules of War, Australian soldiers are expected to obey them, and there are, and should be, consequences for failure to do so. The Rules of War, as codified in the Geneva Conventions, govern the way in which enemy combatants can be killed and how they must be treated if captured.

Rules of engagement set out the conditions in which action can be initiated against a potential enemy. They do not supersede the Rules of War. Rules of engagement are specifically designed for each operational situation. For example, they would be different for a peace-keeping mission than  for the deployment in Afghanistan. They are designed precisely to balance operational commitments, security of our own troops and protection of innocent civilians, as required under the Rules of War. If you like, they are a practical Rules of War manual tailored for a particular operational situation.

Without rules of engagement, soldiers would be at great risk of infringing the Rules of War. But, inevitably, there are grey areas when it comes to the decision on whether or not to engage an enemy, or potential enemy, with lethal force. Rules of engagement are not watertight.   In guerrilla war scenarios, such as in Afghanistan, the enemy will seek exploit weaknesses in our rules, not only to obtain a tactical or propaganda advantage but also to inflict damage on our combatants’ morale.  We see instances of the use of women and children being used as shields, even as cannon fodder to extract some sort of propaganda victory.  A commander can decide to ignore the rules in a particular situation that is not black and white, but he’d better be right and able to mount a credible case for his decision. That might seem like a tough call, particularly considering so-called ‘collateral damage’, the death of innocent civilians, is a common occurrence and consequence of air strikes. It causes much consternation and general outcry at the time but rarely, if ever, are the commanders who ordered and planned such strikes called to account.   It doesn’t seem fair, but there it is.  But that is not what we are facing here, as much as some would like it to be.

Clearly, the summary execution of prisoners –  which is alleged in the Brereton Report – is beyond the pale and cannot be tolerated.  That is not covered by rules of engagement but by the Rules of War and there are international consequences for breaking them.  That is why the government had to act, regardless of the reputational damage to the ADF.  In any case, that damage was already done if and when these alleged crimes were committed.  I have discussed that aspect here.

But the handling of this episode has been abysmal.  Prime Minister Morrison’s talk of ‘brutal truths’ seemed to prejudge the issue and dispense with the presumption of innocence. It will certainly be cited in any trial defence.  The only thing that mitigates that indiscretion is the fact that he has also referred to these incidents as ‘alleged’.

Generally, he and his ministers have been content to keep a relatively low profile and leave the media scrutiny up to the Chief of the Defence Force and the Chief of Army, who have shown a remarkable insensitivity to those under their command and to the Australian public in general.

The Brereton bombshell was always going to be devastating to members of the Defence Force, so the rapid-fire  announcements of the disbandment of 2 Sqn SASR and, more particularly, the revocation of the Meritorious Unit Citation of the Special Operations Task Group, were always going to be ill-received by virtually everybody – and rightly so.   Unit citations are only a recent feature of Australian military honours.  The Meritorious Unit Citation is awarded for ‘sustained outstanding service in warlike operations’.  It is not an individual award but those who served with the unit at the time it was earned are entitled to wear its emblem in perpetuity.  I’m not convinced of the value of a citation of this nature, one recognising sustained service.  Prior to 1991, the only unit citations awarded to Australian units were to the Third Battalion of the Royal Australian Regiment (3RAR) and D Coy, Sixth Battalion RAR,  for their actions at the Battles of Kapyong, in Korea, and Long Tan, in Vietnam. Theses were US Presidential Citations awarded for specific major actions in recognition of the gallantry of all the members of that unit, where it was felt that all members deserved individual gallantry awards but that, in practical terms, not all could be recognised in that way.  It seems to me, if we are to have unit citations, they should be awarded on this basis and then only rarely.  Nonetheless, the citation is valued by those who wear it, and the 99 per cent soldiers who served honourably are rightly aggrieved to have it taken from them.  The excuse given by the Chief of Army – that if they had known then what they know now, the award would never have been made – is both pathetic and an indictment of senior Defence command’s competence.  Why didn’t they know?  One consolation, if this revocation goes ahead, is that these veterans will still have their individual campaign medals, which are, or should be, more highly prized than the unit citation.  It’s still a slap in the face, though. General Angus Campbell is reported to have said he will also review awards made to senior officers. If that is so it should have been done in conjunction with the review of the unit citation, with the decisions announced at the same time. Given the way this matter has been handled, I doubt any soldier will place any faith that senior officers might have their honours withdrawn.

And now we hear that 13 soldiers have been given ‘show cause’ notices as to why they should not be discharged.  That is bound to cause considerable disquiet, the impression being that here is natural justice denied.  But to put this into perspective, just as any private company or even public service department can terminate employees for a variety of reasons, so can the Army.  It’s called an administrative discharge and it is bound by its own rules of procedural fairness.  For example, a soldier who is a repeat offender – drunkenness, repeated going AWOL, or even punching officers, can be administratively discharged.  I suspect some or all of these 13 are witnesses who gave evidence in return for the promise of immunity and an understanding that they would be discharged.  Defence is almost certainly on solid legal ground here.  If my surmise is correct, then the soldiers concerned, on their own admission, have been involved in illegal activity.  If so, they cannot escape scot-free, but the timing is absolutely terrible.  For one thing, it could be seen to prejudice the fair trials of those accused.  General Campbell has flatly rejected any suggestion of reversing his decision on the unit citation. This latest strikes me as an ‘up yours’.

And if that were not enough, it seems the newly installed Director of the Australian War Memorial has suggested we need to put the Brereton Report on display at the AWM in the spirit of ‘truth telling’.  Is he serious?   The Memorial was established to honour the sacrifice and bravery of those who have defended Australia, not to impose pettifogging qualifications on that proud history. This is not a country whose history requires that it abase itself in this manner.  We are not Germany.  Here, serious as it is, we are talking about an aberration, not the norm. If this display goes ahead I will be boycotting the AWM and urging all others to do the same.

Ironically, perhaps the most insightful inputs into this debate have come from Dr Brendan Nelson, former director of the Australian War Memorial.  I have watched him on TV, heard him speak in person and observed his interactions with veterans and their families, and I have to say, in this role, he might have achieved his destiny.  In my opinion, as far as military ethos and tradition are concerned, he ‘gets it’ as no civilian who has never served in uniform has. According to The Australian:

[Nelson] said that over the past 20 years Defence planners had shown an increasing tendency to present the government of the day with war-fighting options that offered the greatest impact with the least risk. That has fallen largely to the SAS and the Commandos and the supportive elements of the special operations command.’’

“If the government of the day had a reasonable thought this would be a decade-long commitment I suspect there would have been scenarios other than the repeated use of the [Special Operations Task Group].”

Morrison’s Sins Against Nous and Conscience