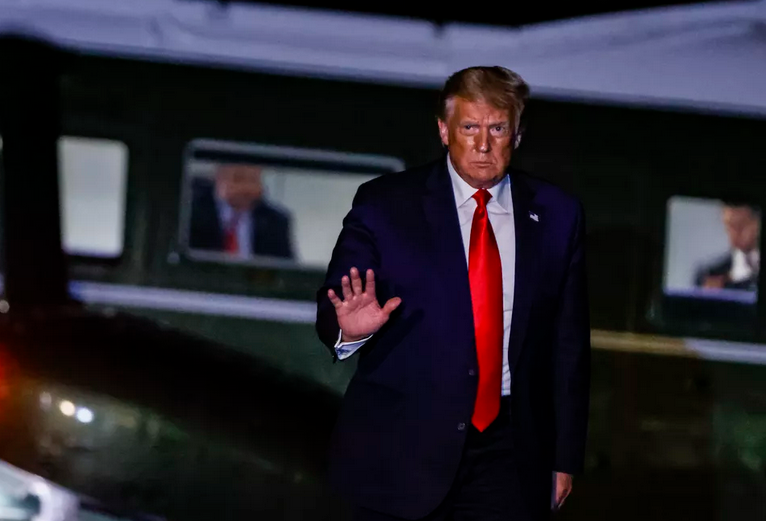 Let me start by laying my cards on the table.  Back in 2016 I predicted both the Brexit vote and the Trump win before they happened.  Clearly this was in part luck.  Partly it was also wish-fulfillment – I wanted both those outcomes, and humans being what they are it was easier to believe what I wanted to believe.  But also it was in part due to my then conviction that much of the mainstream media and much of the Establishment had become massively disconnected from the concerns and worldview of the ordinary voter.  Candidate Trump ran not just against the Democrats.  He also ran against the dominant wing of the Republican Party (many making up today’s ‘Never Trumpers’) and against the outlook and biases of most of the press.

I thought then, and still do, that the preponderance of Trump’s message was attractive.  End the outsourcing of American jobs, especially those in manufacturing.  Do something about judges advocating a ‘living Constitution’ (read that as ‘make it up at the point of application’), a concern I have shared my entire working life.  Make America energy self-sufficient, as opposed to virtue-signalling about renewables in a way that drives up energy costs hugely (as in Australia) but does next to nothing about lowering the rate of increase of carbon dioxide emissions in a world where China is building new coal-fired electricity generating plants almost fortnightly.  Get illegal immigration under control.  Try to do something to rein in the spread of political correctness.  End the Bush/Obama foreign policy approach beloved by the Washington insiders but not by Main Street USA.

Al that struck me as a very saleable and attractive package.  And I say that knowing full well that those in the upper echelons of American and Australian society – the lawyerly caste, the insider and lifetime political class, the CEOs of big companies, the tech giants, Hollywood, the non-Fox News media class, etcetera – would despise this message.  They still do.  But it was enough to see Trump scrape home and win, the reaction of the media on election night (just as with its reaction the night of the Brexit vote) being one of the great pleasures yours truly has savoured in his life.

Fast-forward some four years.  I’m not much of a betting man but in early July of this year, when the online bookies posted odds of 3-1 if you took President Trump to be re-elected, I put $400 on The Don.  (And anyone who wishes to see my betting slip is free to ask and be shown it.)  By fluke that was pretty much near the top of the market, as the betting odds have continually narrowed since then.

Today the odds are either about even or President Trump has become the slight favourite.  That tells us a number of things.  Firstly, bettors don’t trust the polls.  I don’t either.  Especially not after I read the one that showed how many Americans were afraid to tell others, including pollsters, their actual views.  I work in a university as a right-of-centre law professor and I can tell you that it is not progressives who tend to keep their views to themselves or fear they’ll lose their jobs if they don’t.  Imagine, for instance, proclaiming loudly at the US Studies Centre at Sydney University that you were pro-Trump.  If you did, you’d be the only pro-Trump one working there that I know of.  Universities lean massively left, as every single study done here, in Canada, in Britain and in the US has shown.  Extrapolate more widely and there are grounds for believing a ‘shy Trump’ syndrome is making the polls very suspect indeed.

Secondly, Trump’s comeback tells us that the riots around America are hurting the Democrats and they know it.  Belated attempts to condemn the riots and to pretend the Republicans and President Trump are to blame for them stretch credulity, given all the accumulated video clips of Nancy Pelosi, Kamala Harris and others condoning what they had earlier characterised as ‘largely peaceful protests’.

Related to this is that more and more Americans have come to distinguish the desire to better black lives generally – as Douglas Murray has challenged, name one person who isn’t for that – and the hard left Marxist Black Lives Matter organisation that is against the nuclear family, capitalism and more  (read it for yourself on their website).

Thirdly, the Wuhan coronavirus is in retreat in much of the US.  This was a wildcard that could have seen President Trump lose.  Remember, back in January The Don looked like a sure bet.  Put differently, the President’s re-election chances vary inversely with the virulence, reach and lockdown response of the virus.  Given that most of the southern US States are basically back up and operating, and the pressure this puts on the others in a federal system, unlike ours, where states largely pay the costs of their decisions, and you can see that trend is going Trump’s way at the moment.

And fourthly, I think the betting market is factoring in the mental state of Joe Biden.  If anyone can look you in the face and say he or she honestly believes the man is all there upstairs then that person ought to move to Los Angeles and look for acting work.  Moreover, with the polls narrowing and many Democrat campaign operatives thinking this is anyone’s ballgame, Biden will find it excruciatingly hard to avoid the debates. If he declines, Trump will roast him alive day in and day out. If he opts to debate, not only will that make for incredible TV, I think the odds of him not betraying his damaged state are poor.

All of that brings me to the recent Republican Convention.  In my view this was clearly done better than the Democrats managed.  There were plenty of really good speeches.  Two by black Americans stood out.  One was by the former gridiron star Herschel Walker (below) on the implausibility of thinking Trump is a racist and on how he was treated after coming out of the closet as a Republican.  The other was by Senator Tim Scott of South Carolina.  It was a clear message that the Republicans were courting the black vote. As modern Republicans basically haven’t broken into double figures as far as the black vote goes – and that applied to Romney, McCain and loads of others, not just Trump – this is a low bar in a sense.

Should President Trump get up around 15 per cent of the black vote this November, it is hard to see how the Democrats can win.  And they know it.  And it turns out — Surprise! Surprise! — that black Americans are no more keen on defunding and neutering the police than most others (well-off progressive whites being something of an exception to that generalisation).

Another great speech, in my view, was by the Cuban refugee Maximo Alvarez.  And my early longshot pick for the first female President is the current Governor of South Dakota, Governor of the only US State that did not lockdown at all (following what I think was the correct Swedish game plan of telling citizens all the facts, trusting them, aiming to help the old and frail, and not mimicking the lockdown policies of communist China).  Her name is Kristi Noem and she too gave a good speech.

On top of that the Republican Convention trotted out war veterans, football coaches, Indian chiefs, small business owners, but not the great and good of Hollywood and the Davos caste that populated the Democrat Convention.  Basically, the Republicans were big on optimism, big on individual personal choice, big on America as a great country.  They left it to the Democrats to try to walk the difficult tightrope of calling half the country racists and then proclaiming ‘but hey, let’s unite’.

As for Trump himself, I thought he gave a good speech.  It was long. At first I thought it was too long.  But then it hit me that that was part of the point.  He could stand up and speak for a long time.  Biden couldn’t.  Such was the implicit message.

Look.  No one denies that candidate Trump is in some ways a flawed human being – crass, vulgar, a braggart.  But as the American columnist Victor Davis Hanson reminds us, Trump has faced vitriolic hatred for over four years.  He has taken on a spectrum of vested interests.  A normal person could not put up with that. Or take on the Russia collusion hoax, remembering that from what we now know what the insiders did to Trump was far worse than Watergate and that some of these attacks would have led to his imprisonment if successful.  Or deal with the most politicised impeachment process ever.  And do all that while delivering on more of his promises than any Anglosphere politician I can think of for a very long time.  (For the sceptics, the list starts with appointing interpretively conservative judges then moves through insisting immigration conformed to the rule of law; reducing taxes; deregulating the economy; making America energy self-sufficient; pre-COVID overseeing a country where the unemployment rates for blacks, Hispanics and women were at all time lows; cracking down on racial discrimination against Asians at elite US universities; moving the US Embassy in Israel; getting out of the disastrous Iran nuclear deal; and putting massive pressure on NATO allies to pay their way as they’ve promised to do for at least a decade.)

And as we enter the last few weeks before the election, don’t forget President Trump’s campaigning genius.  The man has the uncanny ability to identify an opponent’s weakness in a memorable and devastating word or two.  He’s now calling Biden “Joe Hidin’”.

Now I’m no fan of President Trump’s protectionism.  And I used to say he wasn’t the sort I’d invite for dinner, but I’ve changed my mind on that. Given all the insider attacks he’s endured and how well he’s stood up to them, I’d be honoured to have him at my table.  I respect his toughness under sustained onslaught.  And I respect the way he has tried, and mostly delivered, on what he promised. I think the Republican Convention went some way to showcasing that. Unless something happens in the next two months the momentum is on his side.  As I did four years ago, I’m predicting a Trump win. And I’m more confident now than I was back then.  (You won’t hear that from a US Studies person.)

James Allan, is Garrick Professor of Law at the University of Queensland, is the author of Democracy in Decline

The Weird Beards Are Winning