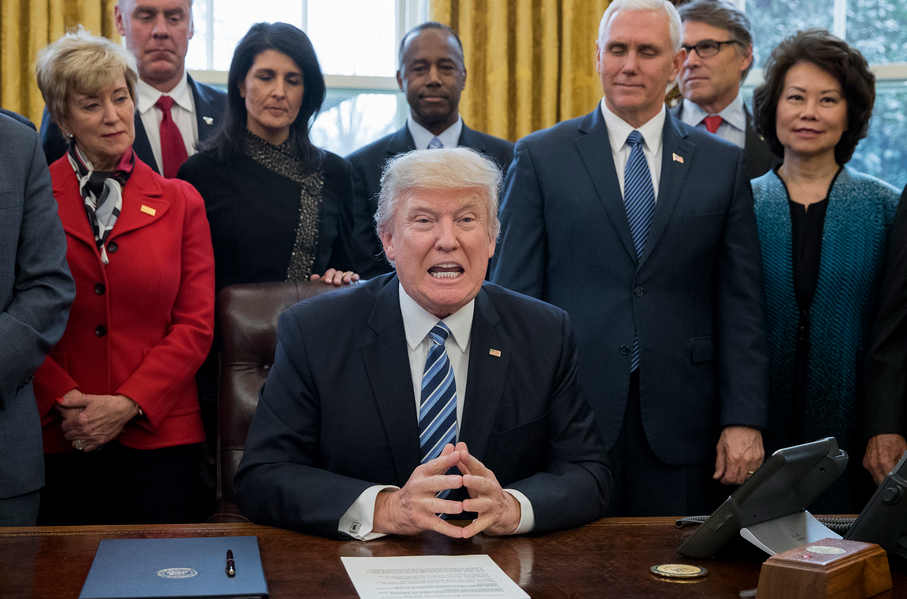 We will shortly be entertained by the spectacle of a US presidential election, with President Trump likely confronting former vice-president and likely Democrat hopeful Joe Biden. One matter that does not receive much attention but which always surprises those brought up under the Westminster system is the extraordinary delay between the presidential election and a new president taking office.

In accordance with the US Constitution, the presidential election must take place on the first Tuesday after November 1.  However, the winner is not inaugurated until January 20 the following year.  This means that if there is a change of government, the outgoing president and members of his administration remain in office some 72 to 78 days before handing over to the new administration.  By contrast, under the Westminster system, if an election results in a change of government, all ministers in the previous government resign and a new Prime Minister together with his ministers are sworn in almost immediately.

The long hand-over period in the US provides a window of opportunity during which an outgoing administration, if so minded, can frustrate or sabotage an incoming administration, something that has happened to President Trump, demonstrated by the manipulation of false allegations of Russian collusion now under investigation by the Attorney General and the persecution of General Michael Flynn.

This raises the question as to why such a long hand-over period is deemed necessary.  The answer to this may be found in the different way government is conducted in the US as compared with nations such as the United Kingdom, Canada, Australia and New Zealand, which use the Westminster system.

The Americans stress the separation of legislative, executive and judicial powers, in accordance with which a member of Congress cannot hold a government office.  By contrast, under the Westminster system, legislative and executive powers are intertwined.  Under Section 64 of the Australian Constitution, for example, if a minister is appointed who is not already a senator or a member of the House of Representatives, he or she must become one within three months of appointment.

The Westminster system does, however, have another point of separation with the role of the head of state — a role that’s not generally appreciated.  Section 1 of the Australian Constitution provides that the Parliament of the Commonwealth consists of the Queen, the Senate and the House of Representatives, but, under Section 2, the Queen’s role is assigned to the Governor-General. As Australia is a federation, there are also separate governors for each state.  Both the Governor-General and state governors must formally assent to all legislative enactments and in the executive council, approve the making of delegated legislation and appointments within their respective jurisdictions.  However this assent is not a political process — a governor does not have to like something before it is signed off; his or her role is to ensure that proper process has been followed.

Under the Westminster system, the party in opposition appoints a shadow cabinet, effectively forming a ministry in waiting.  An incoming prime minister may appoint a ministry that is different from the former shadow ministry, but generally ministers are still appointed promptly.

Prime Minister Morrison’s current ministry is made up of 23 members, plus seven in the outer ministry, making a total of 30.  In addition, there are 12 assistant ministers. One may consider this quite a lot of appointments, but it’s as nothing compared with appointments falling within the purview of the President of the United States.  There are between 1,200 and 1,400 presidential appointments (PAS) that require Senate confirmation, plus over 300 presidential appointments (PA) not requiring Senate confirmation, and more than 600 non-career senior executive service positions (SE) that may be political appointments and, finally, over 1,400 Schedule C positions (SC) to serve other appointees in confidential or policy roles.  On election the Trump administration faced about 4,000 political appointment positions to review, fill or confirm, of which over 1,200 required Senate confirmation.  No president can ever be permitted to select his cabinet without Senate oversight!

This all results in decision making and decision implementation becoming intertwined and the general politicisation of government instrumentalities, as the recent shenanigans of Washington’s ‘deep state’ demonstrate.  This politicisation is as inevitable as the politicisation of a court system from a bill of rights.

It also means that in the US an extended hand-over period is believed necessary.  There is no formal shadow cabinet.  During an election, a presidential candidate has to concentrate all his attention on getting elected, with other considerations, including who to appoint to the great offices of state, taking a back seat.

What are the advantages and disadvantages of each system?

The Westminster system’s greatest weakness is the limited talent pool available for ministerial appointment, as only parliamentarians are eligible.  I’ve heard it said of Sir Robert Menzies that he was most concerned with the selection of departmental heads, ministerial appointments being by comparison mere careless afterthoughts on the grounds that the departmental head would provide the floor below which a minister should not fall.  Not only Australians but senior foreign visitors to my knowledge have noted the poor quality of some ministers, something one should not expect in a prosperous First World nation.  In the United States, senior government positions can be filled with highly qualified and capable people selected from outside the normal political process, from business, the professions and academia, together with some from think-tanks where they have resided while awaiting the call.

Unfortunately, the increasing size, complexity and administrative politicisation of the US system stimulate rivalries between power centres within it.  To an outside observer, it all seems unwieldy, incoherent and inefficient.  Washington really is a swamp.

Government in Australia is also increasing in size and complexity, with a proliferation of political staffers that add an element of politicisation to the public service being of particular concern.

However, the process for the transfer of power under the Westminster system is far superior to the process under the US presidential system.  There is no hiatus that can be manipulated.  Any change of government occurs quickly and efficiently as do ministerial changes.   The Westminster system’s major deficiency, the limited pool of ministerial candidates, must be tackled by improving the quality of our parliamentary representatives, which in any case need to be improved if parliament itself is to retain the trust and support of the electorate.

Daze of Whine and Poses

The ‘Getting’ of George Pell