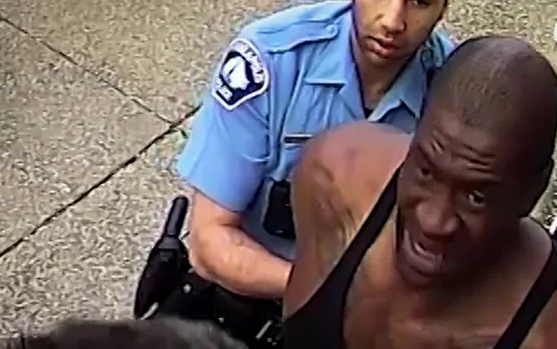 On May 25 in Minneapolis, George Floyd’s heart stopped beating after a police officer knelt on his neck for nearly nine minutes, according to a medical examiner. Floyd, an Africa,-American, was a 46-year-old petty criminal taken into custody on suspicion of passing a counterfeit $20 bill. His family later released the results of a private autopsy which concluded the cause of death was asphyxiation from sustained pressure. Floyd died as a result of indisputable police brutality that saw the four policemen involved fired. The incident has justifiably ignited a keg of public outrage that has spanned the globe in the last week.

Such a tragic and preventable tale of police thuggery has received the response that anyone with an ounce of justice and investigatory know-how would expect. Derek Chauvin — the police officer who applied the lethal force – has been hit with the now elevated charge of second-degree murder. The other three officers, previously uncharged, now face counts of aiding and abetting murder. On May 28, the United States Department of Justice released a joint statement with the FBI saying they had made the investigation into Floyd’s death “a top priority”. President Trump and leaders around the world have publicly denounced the actions of the police and expressed their deepest sympathies to Floyd’s family.

None of this response has been unusual; indeed, it was to be entirely expected and its absence would have been cause for further concern. The most striking element of the George Floyd incident has been the hysterical response from quarters of society that in many ways comprised all of the nasty themes of evidence-free illogic, peculiar self-flagellation and stunningly wild rhetoric that has become the normal run-sheet when an event of this kind transpires. It was as if someone flung open a box brimming with latent indignation and sulphurous grievance which have now washed over the world in newsfeeds and all forms of media. Of course, the greatest sign of a robust democracy is the ability to criticise the government and its cornerstone institutions, including its police force. Long may we live in a society where this remains an option.

But overstatement when discussing these nuanced and sensitive topics pours petrol on the fire.

William Gladstone once opined that “men are apt to mistake the strength of their feeling for the strength of their argument. The heated mind resents the chill touch and relentless scrutiny of logic”. Many arguments have been made, allegations screeched and placards waved since May 25, and somewhere during all the heated politicking, that precious touch of logic has evaporated. When evidence, logic and a dose of measure are usurped by fury, dishonesty and a pint of hysteria, lessons go unlearned and discourse turns unproductive before it has a chance to be otherwise.

Of all the outrageous utterances pinging around the corners of the internet, none captures the essence of overstatement better than the conclusion that officers like Derek Chauvin are illustrative of systemic racism within our institutions of law enforcement. As contemptible as Derek Chauvin’s actions were, to posit that he is the face of a vicious racism calibrated to inflict endless injustice on non-whites is a farcical fiction. To claim that institutionalised racism is the very backbone of our criminal justice systems requires an extraordinary amount of intellectual dishonesty. Very often these statements attached to social media posts are accompanied by no evidence – the posters choosing to forget the cardinal rule of high-school level analysis that demands evidence to support a claim.

The claim that the justice system and law enforcement are ‘systemically racist’ has long been a central tenant of the Black Lives Matter movement. However, very often this school of thought ignores the quiet truth that disparities in incarceration levels and police interactions can often be a product of issues other than discrimination; instead emanating from cultural issues such as the trend of fatherlessness in the black community or rates of crime being committed disproportionately by that community. Coleman Hughes, has written brilliantly on this topic. Now those facts are tragedies and issues within their own right and need to be ameliorated with haste, but they remain a more plausible justification for statistical disparities than the lazier and commonly-accepted “the system is racist”.

On the matter of racist policing there is a slew of evidence suggesting this is simply not true. Roland Fryer, a black sociologist studying crime who is tenured at Harvard, conducted an empirical analysis of racial differences in police use of force and found no detectable racial differences in officer-instigated shootings. After controlling for suspect demographics and officer demographics, the study found blacks are 27.4 per cent less likely to be shot by police, relative to non-black or Hispanics. Now let this be clear: this is not to say that racism does not exist, or individual police officers like Chauvin aren’t rogue racists. As the Fryer paper’s abstract puts it: “On non-lethal uses of force, blacks and Hispanics are more than ﬁfty percent more likely to experience some form of force in interactions with police. Adding controls that account for important context and civilian behavior reduces, but cannot fully explain, these disparities.” But the leap to systemic racism is a far higher charge and needs a little more proof to be sustained.

For people to genuinely believe that America is a dangerous place for blacks, or that Australia is a dangerous place for Aborigines, shows how far the termites have spread and how well they have dined. These beliefs conveniently overlook the eye-watering largesse of governments in rolling out affirmative action policies, university scholarships and other social measures such as the Close the Gap health initiative to ‘balance the scales’. To hold these views about the most progressive and egalitarian societies the human race has been able to construct is representative of an entire generation having been fed a libellous diet of intellectual mush over a prolonged period.

The lies we have been fed and continue to devour with not a blink of scrutiny is a sad indictment of the times in which we live which has seen the triumph of emotions over evidence. It is in part a result of wild rhetoric from public figures, such as Gayle King, the co-host of CBS This Morning, who claims Floyd’s death shows that it is “open season on black men” and Minneapolis mayor Jacob Frey’s saying that “being black in America, should not be a death sentence”. This is absurdly unhelpful rhetoric to be injecting into the public discourse. The previously cited Roland Fryer becoming the youngest African-American to ever receive tenure at Harvard, not to mention the presidency of Barack Obama, certainly does not accord with claims black men are facing an “open season” or a “death sentence” simply because of their skin colour.

While these baseless and divisive moans can be swiftly hit for six, the problem is that they are being made in the first place by people in influential positions. The result? An entire generation has been lobotomised to accept the lie that systemic racism exists. It is a peculiarly masochistic tendency for people to instinctively turn against their essential institutions, and in some cases themselves. I struggle to see the systemically racist undertones of unanimous denunciations of the Floyd incident from those of all political persuasions.

The second problem with the overstatement is the supercilious and righteous protection of it that makes any critique impossible. This is where the over-staters pre-emptively paint any dissenters as reprehensible before discourse can even begin. Examples of this include social media posts exhorting others to, “stop engaging with or talking to people you know to be racist”. Well, I am certainly glad that Martin Luther King or Frederick Douglas did not adopt that tactic. Another meme is “anyone framing their argument around property damage as being a disproportionate response is not worthy of your time”. Well, you can divorce the Floyd tragedy from a chosen response and hold differing views on the two without mourning the demise of Jim Crow laws and segregated lunch counters. Again, these feeble points can be swiftly dispatched without too much intellectual might, but the fact that they are being used as a tactic to disarm and vilify anyone who dares to swim against the current of public opinion is the issue. The overstatement could not exist if it were not wrapped in an impenetrable cloak of morally righteous justification that leaves zero room for diversity of opinion.

As a libertarian constantly on the look-out for instances of government overreach, there is nothing more that summons my rebellious juices than police brutality. I look forward to Derek Chauvin receiving a punishment commensurate with his wrong. We cannot afford police brutality and we should never excuse the death of a man who should still be alive. But we must get over overstatement.

The Politicians We Deserve

No Country for Old Men