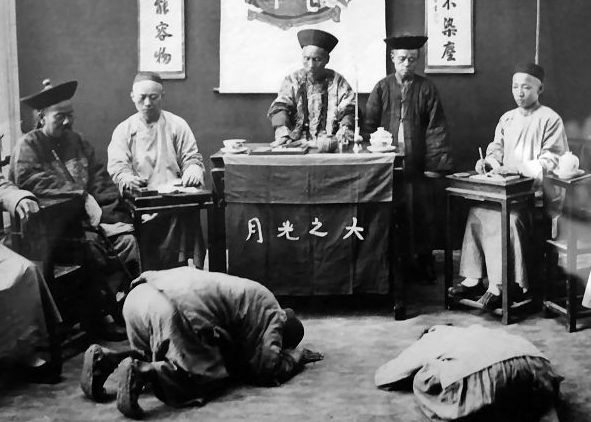 Apparently this coronavirus is so deadly that the fatality rate of those infected is less than 0.1 per cent.[1] The overwhelming majority who contract it do not have any significant risk of dying, says Dr Scott W. Atlas, a former chief of neurology at Stanford Medical Center, [2] who points out that the very old and those with underlying health conditions are more likely to succumb. However, based on data coming from New York City (the US hotbed of the pandemic), he informs us that only 1.7 per cent of those in their 70s who contracted the virus and acquired symptoms bad enough to seek medical care had to be hospitalised.[3] For those under 18, hospitalisation from the virus was only 0.01. For those aged 18 to 44 it stood at 0.1 per cent.

Of course, every life matters. But sometimes I ask myself how can any rational person not see that the Wuhan virushas been ingeniously used to scare, brainwash and control entire populations, even to the point of what amounts to virtual house arrest.

Based on fundamental biology and the evidence in hand, the appropriate policy to fight the coronavirus should be focused on protecting only the most vulnerable – those who are very old or suffering from any chronic illness.   As for the vast majority of us, says Dr Atlas, ‘essential socialising’ is essential to ‘generate immunity’ and ‘limiting the enormous harms compounded by continued total isolation’. [4]

Whether you agree or not with this leading medical doctor and academic, informed debate is what we need to make wise decisions. Whatever your view of the pandemic, some of the points raised by Dr Atlas are important. We should all be able to question government policy. Unfortunately, informed debate is precisely what we are not being allowed to have. Suddenly, our media are no longer questioning power, but colluding with power that takes away our fundamental rights and freedoms. There is very little critical coverage of the massive expansion of state surveillance currently in progress. The reality is that since March this year our government is ruling by executive decree and this country has effectively become a police state. Of course, a police state does not mean a totalitarian state — I am still able to write this article without being immediately arrested.

However, we are already living with all key hallmarks of a police state. According to Dennis Prager, the primary elements of a police state are: (1) draconian laws depriving citizens of elementary rights; (2) a mass media supportive of the state’s messaging and deprivation of fundamental rights; (3) excessive use of power by the police; (4) people being encouraged by the State to inform on their fellow citizens.[5]  We are currently experiencing every single one of these elements. Furthermore, many Australians apparently believe that no government action can ever be used for utterly oppressive purposes. Many even support a tracing app which their leader has painted as a service to the nation, saying it will be made compulsory if not enough people voluntarily download the application to help coronavirus case tracing.[6]  This is truly frightening, echoing as it does with reminders of Soviet and Nazi subjugation of rights and institutions, again for the alleged betterment and security of the State.

Talking about the Nazis, in the 1930s many Germans were deeply anxious for more security and government protection in the face of perceived social threats. They did not mind if the government also curtailed their freedoms. After all, they trusted the government and considered any such measures as important for their protection. When the first emergency Act was passed by the German Parliament, in March 1933, the power to legislate was handed over to a National Cabinet. This was done via Section 48 of the Constitution, which endowed the Executive with authority to rule by decree in times of national emergency. What followed were executive decrees that gradually suspended individual rights and freedoms. These measures expanded state control over the individual, as well as labour, businesses, and the economy as a whole. Constitutional rights were suspended “until further notice”. Germany’s emergency powers were supposed to be only temporary, yet they were re-enacted by the German government in 1937, 1939 and 1943, a sign and symptom of the regime’s schizophrenic combination of legality with a visceral contempt for fundamental rights and freedoms. Of course, “until further notice” did not occur until May 8, 1945, when these executive decrees were finally cancelled by the military government of the Allies.

Curiously, German lawyers argued that those measures were perfectly valid from a narrow legal perspective. Because they had been apparently authorised by the law, they simply assumed that the rule of law had therefore been preserved, and the executive was authorised to issue such decrees under those emergency powers. In other words, whatever the executive decided to do in the use of emergency powers was immediately assumed to be legally valid.[7] Curiously, all the statutes enacted prior to the Emergency Act remained unchanged. The application of these laws, however, became at odds with the overarching intention of the drafter. As noted by Carl Schmitt (1888–1985), who was the nation’s leading legal academic, the suspension of constitutional rights was perfectly valid and justifiable in order to “protect” the community. Between 1933 and 1936, Schmitt authored numerous articles and books providing full justification for these emergency powers, as a ‘necessary’ measure and concentration of powers for the benefit of the community.[8] As Schmitt himself pointed out:

Once this state of emergency has been declared … the decision exempts that authority from every normative restraint and renders it absolute in the true sense of the word. In a state of emergency, the constituted authority suspends the law on the basis of the right to protect society’s own existence.[9]

There was something rather appealing to many about Hitler. Many believed that he had been sent by God to save the country from communism. Some also believed that he was serving God in all matters political and that he really cared for the people.[10] In his speeches the German leader often referred to a ‘path assigned to him by God’.[11]  On one occasion, he boldly proclaimed: “Just like Christ, I have a duty to my own people”.  On another occasion he recited the Lord’s Prayer after explaining how God had assigned him with the task of conducting the affairs of the German people.[12] With the advantage of hindsight, it is quite obvious that his association with religion was entirely cynical. Pretending to be a religious person in a majority-Christian nation served his ultimate purpose of obtaining further popular support for his dictatorial regime.

Why am I referring to this? Am I saying that our Prime Minister in Australia is an aspiring dictator? Certainly not! Surely no responsible person, least of all me, would suggest such a thing. But due caution is always important nonetheless. As my good friend Bill Muehlenberg correctly points out,

Those who seem to think that the state is always benign clearly have no understanding of history.  We know how often dictators and tyrants came to power by dealing with – or promising to deal with – various emergencies and crises. It could be a breakdown in law and order, real or perceived external threats, or economic crises, but the masses tended to support these leaders in their rise to power in the face of such threats.[13]

The same concern was once expressed by Friedrich Hayek. An Austrian-British economist and philosopher who won the Nobel Prize in Economics in 1974, in volume 3 of his seminal ‘Law, Legislation and Liberty’ (1981), Hayek reminds us that “temporary” measures and policies seem to have a way of becoming permanent after the emergency is over. He offered this sobering reflection:

The conditions under which such emergency powers may be granted without creating the danger that they will be retained when the absolute necessity has passed are among the most difficult and important points a constitution must decide on. ‘Emergencies’ have always been the pretext on which the safeguards of individual liberty have been eroded – and once they are suspended it is not difficult for anyone who has assumed such emergency powers to see to it that the emergency will persist.[14]

But perhaps we should not be so concerned. Our Prime Minister is a ‘Christian’ and he is even promising to reward us for our good behaviour in the future by allowing the pubs to re-open, for example, if we all dutifully downlaod the COVIDsafe tracing app. Meanwhile, however, he is kindly letting us know in advance that his government will ‘have many more [restrictions] in front of us before it can even possibly contemplate the easing of restrictions’.[15] ‘There’s got to be a reward for all of this great effort that’s going in, and there will be, but we’ve got to make sure that’s done at the right time’, the Prime Minister told Sky News.[16]

This generosity is really very nice of him. His help will be most welcome when all these ongoing government restrictions provoke widespread job losses, bankruptcy, marriage breakdowns, and inadequate supplies of food and other essentials.

Of course, when this is over, almost none of us will know anyone who lost their lives to the Wuhan virus. We will all know, however, countless people who have lost their jobs, their businesses, their families, and even their very lives as a result of the arbitrary shutting down of the entire nation. As can be seen, this present crisis is not just about science and public health. It is also about power and about a supposed “pandemic” usefullness in dramatically increasing the power of the State.

Dr Augusto Zimmermann PhD, LLM, LLB, DipEd, CertIntArb is Professor and Head of Law at Sheridan College in Perth/WA, and Professor of Law (Adjunct) at the University of Notre Dame Australia, Sydney campus. He is President of the Western Australian Legal Theory Association (WALTA), and former Law Reform Commissioner with the Law Reform Commission of Western Australia, from 2012-2017 (appointed by then state Attorney General Christian Porter). Dr Zimmermann was chair and professor of constitutional law at Murdoch University from 2007 to 2017.

[13] Bill Muehlenberg, ‘Liberty is Too Important for Bureaucratic Bungling’, The Spectator Australia, April 19, 2020, at https://www.spectator.com.au/2020/04/liberty-is-too-important-for-bureaucratic-bungling/

Why Israel Folau is Marked for Destruction