No Choice but to Give China the Business 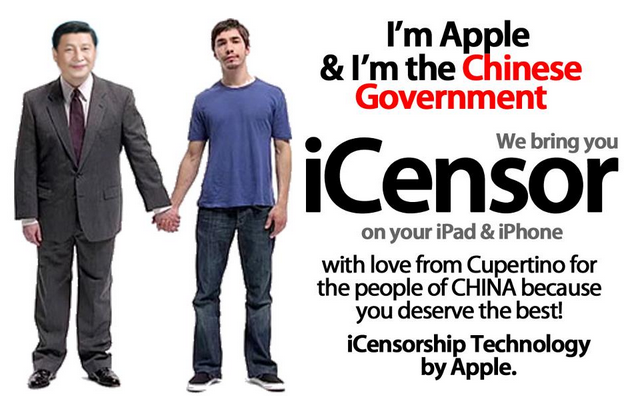 My Bose Wave audio system, which I bought six or seven years ago, was made in Ireland. Bose is an American company. I read that it has been bought by Apple. Whatever, Bose manufactures none of its audio system components in America. It used to say that its manufacturing was spread around a number of countries. True enough at the time, but I believe their products are now all or mostly made in China.

Anyway, a CD has stuck in my Bose and I can’t get it out, despite sticking screwdrivers, knives and things into the slot. I could take it to be repaired, I suppose, but it seems timely to upgrade. There’s the rub. Can I buy anything that isn’t made in China?

When I was growing up “made in Japan” was cheap, tawdry stuff, or so we thought. “Made in China” took over that mantle. These days, made in China no longer has that reputation when it comes to high-end electronics. Companies are at pains to explain that the design, engineering and quality control is in the guiding hands of home base in Europe or the US.

Accordingly, I have no overriding unwillingness, on the basis of quality, to buy Chinese. If, among others, Bose (USA), Sony (Japan), Yamaha (Japan), Jamo (Denmark), Marantz (US/Japan), Ruark (England) and Klipsch (US) put their names and reputations on the line, that should be good enough for me. Still, I thought, do none of them manufacture in their home countries?

This excited my interest from the Klipsch website dated 2014: “Paul W Klipsch designed and hand-built the legendary Klipschorn in a tiny tin shed in Hope, Arkansas. He was an American audio pioneer and a true eccentric. Since 1946, Klipsch has continued to proudly build speakers in the heart of America.”

I will buy a pair of these speakers to start with, I decided. They are available here and I had them lined up. Thought I would check. Lo and behold they are now “made in China”. And this applies to all of the audio products of the companies mentioned above.

It is clear that I either buy Chinese or do without. I am not a do-without-on-principle kind of guy. Life is too short. So, I will eventually buy Chinese. And why not, you might ask?

Well, I do have an abiding concern about the wholesale outsourcing of manufacturing to China – the loss of skills and occupational diversity it brings and its national security implications. And now, to boot, the Wuhan virus has added to my Sino (manufacturing-specific) phobia.

This is a short extract from a BBC article on May 8 (“Coronavirus: What did China do about early outbreak?”):

The Wuhan Public Security Bureau detains eight people [on 1 January] for spreading rumours about the virus, reporting it on a Chinese news programme, Xinwen Lianbo, a show watched by millions.

The article goes on to note that it took until January 30, two days after China’s WHO toady Tedros Ghebreyesus met Xi Jinping, for the WHO to declare a “global public health emergency.

The timeline (and it is fleshed out fully in the BBC article) is quite shocking on its face. Allowing people to travel internationally out of Wuhan, knowing that they may have been carrying a deadly pathogen, would be a dastardly act. One, if true, that would “live in infamy,” don’t you think?

There has been a lot of focus on where the virus came from: a lab or a wet market in Wuhan, or from another source in China. Important as this is to know, to me it is less significant than finding out whether China hid knowledge of the virus and its infectious nature while, at the same time, allowing people to travel abroad out of Wuhan, carrying the potential of death and mayhem with them.

Gross face-saving incompetence could account for it, I suppose. Communist regimes are not noted for their accountability or competence. Anything much more sinister than that would be tantamount to an act of war, wouldn’t it? Just asking. At Pearl Harbour the Japanese forces killed 2,403 Americans. So far over 80,000 Americans are reported to have died of the virus.

As we know, illness and death from the virus is only part of it; the other part can’t be blamed on China. That part is the destructive and glaring overreaction by most governments.

I have been searching for a reason why governments would prevent able-bodied people, facing no measurable risk from the virus, from going about their affairs. A shot in the dark. Perhaps the feminisation of societies accounts for it to some degree.

There is a view that Western societies in particular are becoming more feminised. I recall two past articles in Quadrant. Patrick McCauley in the September 2008 issue wrote entertainingly that for some years, “Australian Rules football has been in the hands of feminine social engineers who wish to establish equity and social justice in the football community”. Michael Evans, writing in the January-February 2010 issue on stoicism and the military, commented that, “radical feminism” is one of a number of developments since the 1960s representing the “greatest challenge to the Western profession of arms”. Both articles are well worth reading by the way.

A feminine temperament is passive, cooperative, and expressive — the latter meaning socialising with others as an end in itself. A masculine temperament is aggressive, competitive, and instrumental — the latter meaning, purposely pursuing practical goals having weighed costs and consequences.[i] This division is not wholly based on sex. We all, men and women, have elements of both temperaments. It is a question of where the balance lies. I suggest that willingly, and often seemingly too eagerly, cowering in our homes at the behest of governments is hardly an aggressive, competitive or instrumental response.

If hiding in bunkers is an archetypal feminine thing to do in the face of a threat, then climbing back out, as we are finding, is incredibly difficult for the feminine temperament to contemplate — lest even one person die as a result. Trump likens fighting the virus as to war. No, it isn’t. Tens of thousands, and sometimes many more, of mainly young men willingly fight, and die, in war. A feminine temperament simply won’t do in such times. You’d lose. And, it won’t do whenever a serious threat is faced. If you want to see feminine temperaments in action look at Gladys Berejiklian and Daniel Andrews.

Back to my start. Bear in mind, my manufacturing Sinophobia, such as it is, has not at all been heightened by the virus having been made in China. New pathogens are always going to spring up and they have to start somewhere. It’s the coverup. That’s the problem.

But problem or not I want to play my CDs. So, I will have to swallow my disgust.

Australia, How Have You Let it Come to This?

First the Republic, and then …