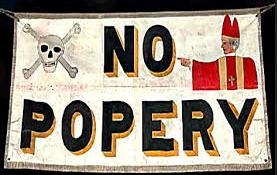 The High Court’s unanimous decision (7-0) overturning Cardinal George Pell’s conviction at his second trial is memorable for reasons other than the Justices’ demolition of any reason to perceive integrity or competence in Victoria Police and that state’s legal system. Beyond that it highlights how, when media outlets set out to crucify a public figure, a tainted jury and fair trial is impossible.

There were many offenders, starting with the ABC, the largest, richest and most implacable of George Pell’s persecutors. Here one should also mention Nine journalists at The Age and SMH, the scribbling David Marr, plus Melbourne University Press, which rushed to market Louise Milligan’s Cardinal, a gullible hack’s compendium of errors, in the full knowledge that charges were soon to be laid and the book would have to be withdrawn from sale. But by then the damage had been done.

The ABC, though, was key to the media witch-hunt, demonstrating once again the national broadcaster flagrant disregard for its charter. Note the following interview between Greg Craven, the Vice-Chancellor and President of the Australian Catholic University, and ABC presenter Karina Carvalho. Pushing back against the consistent Anti-Catholic bias, Craven stated:

What has happened today is that the High Court has unanimously said that the Victorian justice system got it hopelessly wrong and restored a person who has been consistently referred to—in a variety of the media, including leading members of the ABC—as a convicted paedophile, which he is now not, nor can it be said. That’s the news of the day.

Craven then tried to continue but was swiftly cut off by an obviously uncomfortable Carvalho.That same day, Craven also appeared on ABC24, where his criticism of the ABC encountered a similar attempt at gagging.  That second encounter is below, with the interview from the two-minute mark especially worth watching — indeed, savouring.

Sadly, this is not the first time something like this has happened. And nor will it be the last. Because the ABC has a reputation for being anti-Christian. Let me be absolutely clear: child sex abuse is a horrific crime. And it’s not only a sexual crime, it’s also a gross abuse of power. As such, it should always be dealt with seriously, especially if it has been committed by a community leader who occupies a position of authority and trust. However, as Cardinal Pell said in his statement:

…my trial was not a referendum on the Catholic church, nor a referendum on how church authorities in Australia dealt with the crime of paedophilia in the Church. The point was whether I had committed these awful crimes, and I did not.

As uncomfortable as this truth is, we also have to acknowledge that, for a plethora of reasons, sometimes people are confused, coached by others, or induced to give an account of the event which does not coincide with what actually took place. Even about an incredibly serious and sensitive subject such as being sexually abused. For example, just go back and read, To Kill a Mockingbird, a famous American novel from the 1960’s that was predicated on a real-life historical case.

Back in 2017, there was a segment on the ABC’s radio programme, God Forbid,  about “coming out” as a Christian in hostile social environments. The discussion involved host James Carleton and guests Dr. Justine Toh (Centre for Public Christianity) and ABC regular, the Rev. Dr. Michael Jensen. When the conversation turned to hostility against Christians in left-leaning media workplaces, the following exchange took place:

Carleton:  You know, there’s people since I started doing ‘God Forbid’, there’s people I’ve known for years here who go, at ABC, they go, “You know, I’m a Christian”. I go, “I didn’t know that.

Jensen:   I was going to say, actually, there are people I’ve known who’ve, who’ve worked at the ABC and have said, “I’ve never outed myself as a Christian at the ABC because it would be death at the workplace; it would give a signal that I really wasn’t a serious journalist or a serious thinker. So….

Apparently, by the admission of one of its own journalists, there are Christians working at the ABC who are afraid to identify themselves for fear of persecution. This is an incredibly serious allegation being made by an employee of the ABC. Was there an investigation?

Behold, the ABC’s culture of diversity!

Now that Cardinal Pell has been found innocent—unanimously seven-nil I might add—by this country’s highest court, many Catholic Australians might hope for a sympathetic, or at least neutral, reporting on issues involving their religion. But as we all know, that’s never going to happen and no one will be holding their breath.