As Cardinal George Pell was leaving Barwon Prison a free man, the pile-on Left took to assuring each other on Twitter that a ruling they dislike represents justice undone. Below, a random sampling from the sewer: 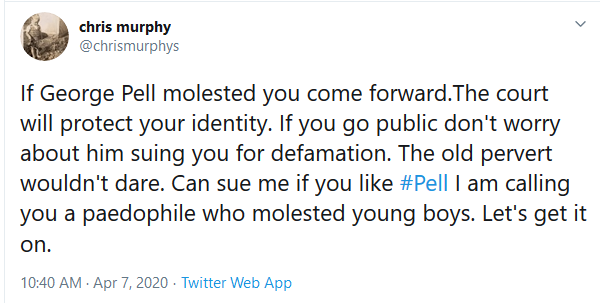 Defamation, what’s that? Clementine Ford says, in effect, ‘sue me’: 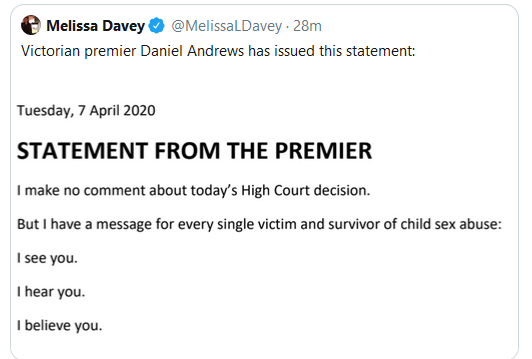 The ABC’s Chaser crew make another attempt at humour: 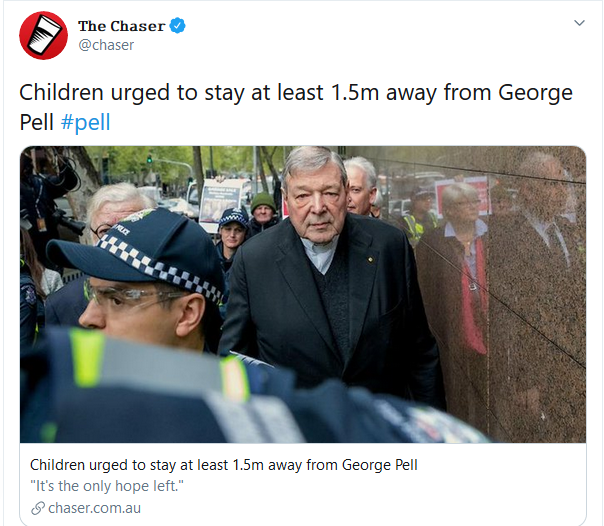 Truth on Campus, Abducted and Defiled

Butterer of the Royal Waffle