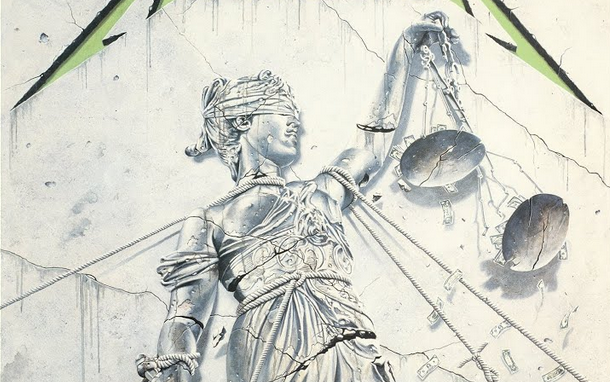 From the police, through the legislature, through the judges, we have seen a man, Cardinal George Pell, badly wronged by Victoria’s justice system. Were it not for the resounding and unanimous joint judgment of the High Court, overturning the conviction and substituting an acquittal, that wrong could have seen Pell spend his final years in prison.

Given the current trend to see everything these days through the lense of identity politics – which amounts to a Marxist-like and massively over-reductionist framework under which the sole thing that matters about anyone is the group to which he, she, it belongs, let me start by telling readers that I am not now nor have I ever been a Catholic. I was raised an atheist my Scots-Canadian parents. Before that, both sides of my family were Calvinist Presbyterians of the fire and brimstone variety, not today’s guitar playing Kumbaya sort. I have a distant relative some century ago or more ago who was the Moderator of the Presbyterian Church of Canada. You would not have to go back very many generations to find that my relatives referred to Catholics as Papists and to find, too, that just about the worst thing a young person could do would have been to marry a Catholic.

I say all of the above to make clear to the usual identity politics crowd that my defence of Cardinal Pell cannot plausibly be sloughed off as a sort of ‘Catholics defending their own’ gambit. No, my defence of Pell is premised on my belief that when you look at the evidence that led to his conviction at trial, and at the Victorian Court of Appeal’s upholding of that conviction, both were grave and disturbing miscarriages of justice. I have said as much consistently, in print, before the High Court ruled in that same vein yesterday.

To see the core problem with everything that happened to Cardinal Pell, and why his conviction was a miscarriage of justice pure and simple, I want to remind readers of a key premise – a trade-off that we are prepared to make and which lies at the heart of our criminal law procedures and presumptions (and by ‘our’ I mean all the jurisdictions in the developed common law world). Often this is referred to as Viscount Sankey’s ‘golden thread’ that runs through the English [et. al.] criminal law. This is the idea that it is for the prosecution to prove guilt and to do so beyond any reasonable doubt. It is not incumbent on the accused to prove anything. And behind that lies the further premise – I would say ‘consequentialist trade-off’ – that it is better for  good many guilty people to go free than that an innocent person be convicted and go to jail. The standard or burden of proof in criminal trials is premised on an acceptance of this trade-off, as are aspects of the law of evidence and other elements of criminal procedure.

This seems to me, and I daresay to most people who live in Australia, to be a completely defensible and desirable trade-off, a core premise to have at the heart of one’s criminal justice system. Of course, usually we tend to gild the lily as to precisely what the trade-off is. Most of us are prepared to see 10 defendants (or 20 or maybe 100 guilty accused go free), rather than that one innocent person end up to jail. However, virtually no one is prepared to see a million or half a million or 300,000 (stop me!) guilty defendants go free, rather than that no innocent person ever be convicted. If that were the bargain you wished to strike then the standard of proof you would demand of the prosecution would be ‘absolute certainty of guilt’, which is almost never on offer, and, at a minimum, would see convictions few and far between. So, given that our attachment to not convicting the innocent is not ‘absolutist’, we all know that on occasions it must be true that even in well run criminal justice systems (which compromise to a high degree to avoid wrongly convicting the innocent) that nevertheless it does happen. We know that innocent people must be in jail as we read this. That is certainly not the goal of our criminal justice system. Quite the opposite. Rather it is a core goal and explicit foundational premise to do what we reasonably can to avoid it. But it happens. Indeed, it is inevitable that it does. All we can say is that it is never the direct intention that it happen, merely an inevitable side-effect of any criminal justice system administered by fallible, biological creatures, including those that explicitly go to great lengths to avoid convicting the innocent.

That’s a long-winded way of explaining why there is a different standard of proof in criminal trials than in all the other sorts of trials you would find in a courthouse – ones involving lawsuits over contracts, negligent behaviour, property disputes, administrative over-reach and what have you. When I sue you over an alleged breach of contract, the non-criminal standard of proof boils down to the preponderance of probabilities, or which side’s case was more likely. If mine is judged to be 51 per cent likely and yours 49 percent, I win.

Let me go further. When you look at the evidence the Crown was able to present it seemed patently clear that even on the civil standard of proof, the preponderance of probabilities (which side’s case was the more likely), Cardinal Pell would have won on that basis too. And please note that this is a big claim on my part. Normally, when a person is acquitted in a criminal trial, when he or she receives a ‘not guilty’ verdict, that is flat out not the same as saying he or she was innocent. I know some defence lawyers obscure that point and pretend it was a finding of innocence when it was a finding of reasonable doubt as to guilt. But it follows from the emphasis we place on not convicting the innocent that when a jury or judge believes a person probably did it, but still retains a reasonable doubt as to whether he did, then they should acquit. Put bluntly, ‘not guilty’ is not equivalent to ‘innocent’. A cynic would say that most defendants who are acquitted by juries were probably thought likely to be guilty but that “reasonable doubt” thing kicked in.

That is why it’s a big deal for me to say I don’t think Pell should have lost, not even on a civil litigation standard of proof. That’s the same as my saying I think he was flat-out innocent. I don’t think he did it, full stop, which to beat a dead horse is a stronger claim than saying there was a reasonable doubt and he should have been judged ‘not guilty’. I think the evidence presented against Pell was weak and that it’s plain that in a world of limited biological creatures without God-like knowledge who judge matters on the evidence presented that Cardinal Pell was not just ‘not guilty’ (because there was plainly and abundantly and undeniably a reasonable doubt here) but also ‘innocent’ (as in the case for him not having done it was stronger, I’d say a lot stronger, than the case that he did do it).

Careful readers of the High Court decision will have noticed that the joint judgment also hints at this; it alludes to the view that Pell was not just not guilty but may well have been innocent. Good on them. I doubt there are any stronger critics of our current High Court right now than I in any law school in Australia, though my criticisms relate to the court’s constitutional jurisprudence. But give credit where credit is due: this was a superb judgment. It was short. It was clear. It walked the Victorians through the concept of reasonable doubt. It was not a footnote-infested doctoral thesis. And it left no one in any doubt that Cardinal Pell had been the victim of a serious miscarriage of justice.

Let me finish with a brief observation. Over two centuries ago the philosopher, jurisprude and incredibly successful reformer Jeremy Bentham – the man who gave us one of the first formulations of utilitarian thinking and who was in part responsible for extending the franchise, animal welfare reforms, prison reforms and much else – noticed that people who proclaimed an attachment to natural rights were often more likely to be harsh to those whose views they disliked than were utilitarians. That observation, two centuries on, would translate into the claim that those most keen to paint themselves as human rights crusaders are often the very people who will be the most harsh, uncharitable, unforgiving and least likely to give the benefit of the doubt to those whose worldviews verge from their own.

To paraphrase Bentham’s terms, they see themselves as moral crusaders (in rights-related terms of some variety or another) and it is that very attitude of moral self-satisfaction that somehow stirs them, when it comes to those whose views they dislike, to become the harshest judges of all. As St. Paul might say, they lack charity and are become as sounding brass and tinkling cymbals. And this led to Cardinal Pell, an innocent man, having to spend over a year in jail.

I leave readers to judge if Bentham’s observation applies to any of the various actors in the Victorian criminal “justice” system.

11 thoughts on “Rogue Justice, as Bentham Would Put It”

Sir John Kerr and the Queen

A Gravy Train on Super Steroids