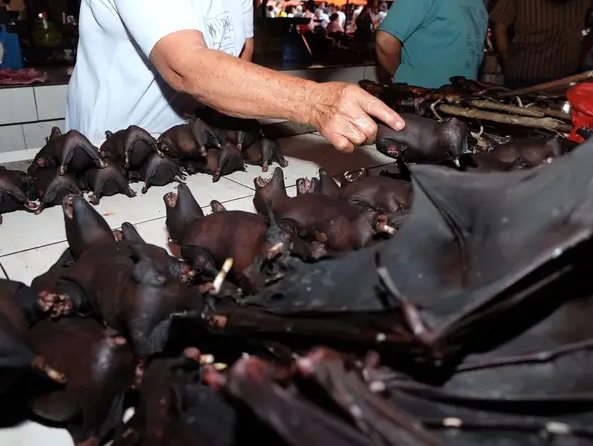 To fill the idle hours of my state-imposed social isolation, I’ve been working through a pile of books, which is how I came across this from Ross Douthat in The Decadent Society: How We Became the Victims of Our Own Success explains:

Even if an educated futurist in Tenochtitlan in the years before Cortes had somehow imagined the possibility of a technologically proficient invader arriving from distant shores, given the state of knowledge at the time (on both sides of the Atlantic), nobody could have foreseen the world-historical role played by the armies of microbes that came with the conquistadores, devastating indigenous societies and preparing them to crumple before the military blows that followed.

The lesson of 1492 and its consequences isn’t that misgovernment and human sacrifice invite conquest and guarantee destruction. It’s that any civilizational order, decadent or otherwise, is sustainable only until the right black-swan development arrives, at which point it might be doomed in a way that no simple extrapolation, no sociological analysis, could have possibly predicted.

What the world is enduring right now is just such a classic black swan. Finance professor, writer, and former Wall Street trader Nassim Nicholas Taleb popularised the term in his 2007 book, The Black Swan: The Impact of the Highly Improbable. Significantly, this was  12 months before the 2008 financial crisis, something Taleb was very nearly alone in predicting. He defined a black swan thus:

1/ It is beyond normal expectations, so rare that even the possibility it might occur is unknown.

2/ Its impact is catastrophic .

3/ It is explained after the event as if it were actually predictable.

With the virus still raging, we are not yet blessed with the benefits of 20/20 hindsight, but preliminary explanations and the apportioning of blame are well underway. Take Al Jazeera‘s Vijay Kolinjivadi, for instance, who contrives to blame Western capitalism. The exotic eating habits of the Chinese have nothing to do with it, apparently; likewise the pair of biological research labs near the “wet market” where Bejing insists it all began. No, none of that from Kolinjivadi, who — in for a penny in for pound — also pins “the climate change crisis” on evil seekers growth, profit and wealth. If only for a laugh it’s worth serving up an example of his, er, logic.

The origin of the virus makes it a perfect example of how the way capitalism commodifies life to turn it into profit can directly endanger human life. In this sense, the ongoing pandemic is the product of unrestrained capitalist production and consumption patterns and is very much part of the deleterious environmental changes it is causing.

The failure to contain it is also due to the capitalist drive of the global economy. In the United States, some have claimed that profit losses from the freezing of economic activity are not worth closing the country for business for more than 15 days.

So, according to Al Jazeera, the West is responsible for both creating the conditions that allowed COVID-19 to proliferate and then failing to contain it when it did. This is chutzpah of the first order, as it precisely reverses what we know of China as the origin of the virus and its failure to alert the world before it was too late to stop its catastrophic spread. Since then, China has even attempted to blame the US for deliberately unleashing the virus.

For a quick education in China’s culpability, the video below is hard to beat.

While China experienced a capitalistic revolution of sorts as of 1978, it is significant that COVID-19 didn’t originate in the West, but in a country committed to autocratic communism. Indeed, it could well be argued that COVID-19 occurred in the People’s Republic of China because that nation lacks the West’s stricter market and health controls.

Not that there is anything new in blaming targets of convenience, which is what a desperate China is having its agents of influence do throughout the world. Fifty years ago, not long after Rachel Carson’s Silent Spring launched the modern environmental movement, Lynn White tried to argue Christianity was to blame for what he perceived to be an unfolding global ecological disaster. This was all because Adam and Eve were told to “fill the earth and subdue it” (Genesis 1:28). However, as the broader biblical context shows, this entails preserving rather than destroying the created world. (Mind you, there was that one time when Jesus cursed a fig-tree  — I’m being sarcastic, just in case you missed it).

However, if anyone should be pleased with the outcome of the current economic situation then surely it would have to be the progressive Left. I mean, with the grounding of almost all international air travel, places such as the United Kingdom are well on the way to achieving their target of net-zero emissions!

These are early days yet, so we can expect more alleged perpetrators to be named for opening the door so the viral black swan can enter and roost, with any hint of Beijing’s responsibility swiftly shouted down amid cries of “Sinophobia” and “racism”. It will all be the nonsense of opportunists, sock puppets and barrow-pushers, of course.

It’s amazing, ain’t it, just how much influence and obfuscation Aldi bags of cash can buy.