A Letter From and About Lombardy 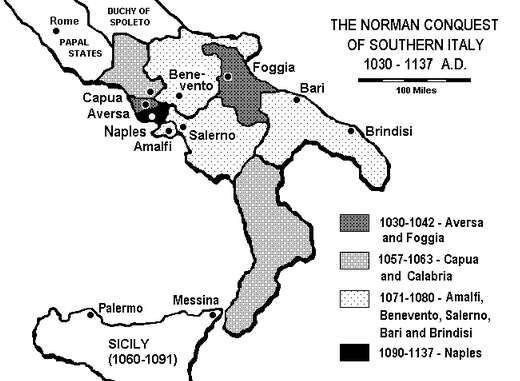 Lombardy is ground zero of Italy’s coronavirus crisis. One of the richest regions in Europe, it is home to Italy’s financial capital, Milan, also a world fashion capital, which may be how Lombardy caught the coronavirus. Clothes that are designed in Milan get manufactured in China. Lots of people travel back and forth to make that happen.

Lombardy is, of course, named for the Lombards, the marauding German tribe that conquered Italy in the late 500s. The original Lombards ruled Lombardy for around 200 years, until losing it to Charlemagne in 774. They soldiered on in southern Italy for much longer, in fact until 1077, when they were finally defeated by the Normans. Yes, those Normans.

Eat your heart out, 1066. While William ‘the Conqueror’ was busy subduing a poor, remote, semi-barbarous island in the North Sea, his upstart rival, Robert Guiscard, took possession of the rich, cosmopolitan urban centres at the crossroads of the Mediterranean. William got cold, grey London. Robert got sunny Naples and the Amalfi Coast.

Robert was actually invited into Lombardy (that is, the ‘real’ Lombardy of southern Italy) to help fend off the Muslims armies which ravaged Italy throughout the early Middle Ages. In 846, they attacked Rome itself. The raiders didn’t get into the city proper, but they did loot the old St. Peter’s Basilica on the opposite bank of the Tiber.

They then headed south and took the Lombard capital, Bari. The now-forgotten Emirate of Bari lasted from 847 until 871. The neighboring Emirate of Sicily lasted another 300 years. Robert put an end to it on his way to Naples. He left his brother, Roger, in charge of Sicily.

The capital city of the Muslim Emirate of Sicily was my maternal grandfather’s hometown, Palermo. My maternal grandmother’s hometown of Altamura was burned to the ground by Muslim armies as they tried to fight off the Normans. The destruction was so complete that no one knows the exact date.

I don’t know how my Italian ancestors felt about living under Muslim rule, though I suspect they didn’t like it when Muslims torched their homes. I wouldn’t be surprised if some of them joined the First Crusade, which was launched only twenty years later. It’s funny how we remember the Crusades, but not the jihads that prompted them.

Muslim ideologues and their Western apologists like to portray the Crusades as unprovoked attacks on the peaceful Arab lands of the Middle East, precursors to the Western colonial imperialism of later centuries. In reality, Christian-Muslim conflict was near-continuous all across the Mediterranean world for thirteen centuries, from the Muslim conquest of Christian Jerusalem in 638 until Australian cavalry wrenched the city from the Turks in 1917.

My father’s side of the family is Greek, from a village near Kalamata in the Peloponnese. They lived under Muslim rule from the collapse of the Byzantine Empire in 1453 to the Greek War of Independence in 1822 — with the exception of thirty years in the middle, when they were occupied by Venetians. They don’t seem to bear a grudge. Neither do the Italians.

That is to say, if my ancestors even were Greek and Italian. A thousand years is a long time, and a lot can happen in thirty or forty generations of intermarriage. Little Prince George of Cambridge is actually a descendant of the Prophet Mohammed and of Genghis Khan. We’re all descended from Adam and Eve.

Around the year 1200, the Lombard lawyer Sparano da Bari undertook the codification of the Lombard common law. The Lombards, remember, were Germans, and just like their Anglo-Saxon cousins, they had a common law, too. The problem was that by 1200, no one could remember what it was.

Worse, Lombards and locals had been intermarrying for so long that it had become impossible to tell who was a Lombard (and thus subject to the common law) and who was a local (and subject to civil, or ‘Roman’ law). There were also Greeks and Jews in Bari, each with distinctive laws of their own, though at least they had their laws in writing.

The Normans don’t seem to have had any laws at all, though they certainly enriched southern Italy with their genes. Robert Guiscard’s warrior wife, Sikelgaita, bore him eight children. She was a Lombard princess whose name literally meant ‘victory at the point of a spear’. They played things tough, those old Lombards.

Italy’s prime minister, Giuseppe Conti, is from Foggia in old Lombardy. His birthplace, the little hill town of Vulturara, was made the seat of a bishop by Robert Guiscard in 1059. Conti might have some Norman blood himself. His half-Swedish domestic partner, Olivia Paladino, certainly looks quite the warrior-princess. If she can help him defeat the coronavirus, all the better.

Salvatore Babones is an associate professor at the University of Sydney