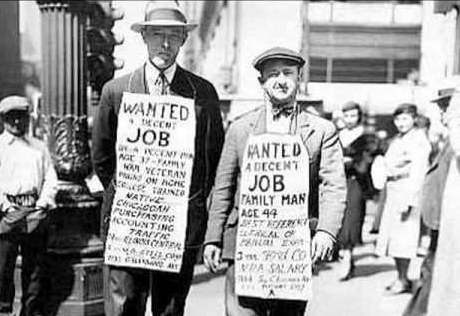 Dear Mr Morrison, these are the days where the quality of your leadership is being seriously tested. You are being asked to make huge, life and death decisions, with imperfect information and people madly shouting at you. My heart goes out to you.

But as so many of our businesses are presently shutting down, and countless of our fellow citizens being laid off, I humbly ask you to please re-consider what is happening to the national economy,  our civil rights, and to our next generation of Australians.

I acknowledge that you are working off the advice of public health experts. Still, you have to be very careful about group-thinking, aware that even small wrong decisions may have bad and unpredictable consequences. With this in mind I refer you to the comments of Dr John Ionnidis, a professor of medicine, of epidemiology and population health, of biomedical data science, and of statistics at Stanford University in California. He has pioneered the field of meta-research and is co-director of the Meta-Research Innovation Center at Stanford University. When discussing the death rate for Covid-19, Professor Ionnidis authoritatively stated:

Reported case fatality rates, like the official 3.4 per cent rate from the World Health Organisation (“WHO”), cause horror and are meaningless. The real rate, adjusted from wide age range, could be as low as 0.05 per cent and as high as one per cent.

The 3.4 per cent mortality rate reported by the WHO only tells us about how many who died had been confirmed to have contracted Covid-19. However, nothing is said about the many others who never became sick enough to get tested. The magazine Science reports that 86 per cent of infections are never documented. This would mean that the mortality rate for Covid-19 may be 0.86 per cent but no more than one per cent, according to Professor Ionnidis. If that is the actual rate, paralysing the entire country with tremendous social and economic consequences can only be seen as utterly unreasonable.

I would like to refer also to Dr Steve Woolf, director emeritus of the Center on Society and Health at the University of Virginia. He would acknowledge your lockdown measures might contain the transmission of the virus, but can nonetheless harm public health in other and un-envisaged ways, including at the cost of many more lives. Dr Woolf is concerned about all the stress and mental illness that inevitably comes from the government shutting down of the economy, triggering the massive layoffs we are seeing. “Income is one the strongest predictors of health outcomes – and of how long we lives. The poor, who have suffered for generations the highest mortality rates, will be the most affected”, he says.

Is there another way?

For me, the best solution comes from Dr David Katz, a professor of Medical Studies in Public Health at the Yale School of Medicine, and the founding director of Yale’s Prevention Research Center. In an Op-Ed in The New York Times, Dr Katz made me wonder whether your fight against Covid-19 may end up being worse than the disease. The unique nature of Covid-19, according to Dr Katz, is that it results in only mild symptoms in 99 per cent of cases, and that it appears to pose a high risk only to the elderly, to those with significant chronic illnesses such as diabetes and heart disease, and to those in both groups.

Dr Katz suggests that governments should depart from the “total war” strategy that your government and others are employing – disrupting businesses and restricting the movement of people with no regards to the variance in the risks of contracting the infection – and start adopting instead a rather more “surgical war” approach to the problem.

That surgical approach is focused on protecting and isolating those most vulnerable and at higher risk of dying after contracting the disease – the elderly, people with chronic diseases and with low immunity systems – whereas treating the rest of us in the same way as we have always dealt with other and more familiar types of flu.

For those infected by Covid-19, they should be in isolation for an indefinite period of time and as long as the symptoms last. Those who have developed these symptoms should isolate themselves, with or without tests, which is exactly what one should do when getting the flu. Those who are not suffering any symptom and are part of the low-risk population should be allowed to resume their normal lives, including returning to work and school. Otherwise, our economy risks being seriously affected by the severity of your government action. Hundreds of thousands of people are already jobless because of the draconian measures that have hit in the hotel and entertainment industries in particular. But I needn’t tell you that.

Inevitably, job losses will lead to more homelessness, more financial pressures leading to a higher suicide rate, marriage breakdown and to a dramatic growth in crime, which always increases in times of economic crisis. I am not a medical expert, just a legal academic and former law reform commissioner in Western Australia. Above all, I am a concerned citizen who is deeply afraid for his own loved ones, for his neighbours, and for people everywhere in this country.

Although I recognise that the epidemic poses a serious public health risk, the key word here is proportion.  I am certain that you will know how to protect the most vulnerable. But you should not do so by shutting down our country for months in a desperate attempt to save everyone and everywhere from a virus whose mortality rate may be no more than one per cent – and killing in the process many more people by others means, killing our economy, and even killing our fundamental rights and freedoms.

Lost in a Wilderness of Models

A Case of Patent Absurdities

The Problem with Islam is Islam