Crazy, Crazier and, Worst of All, Keynes-Crazy 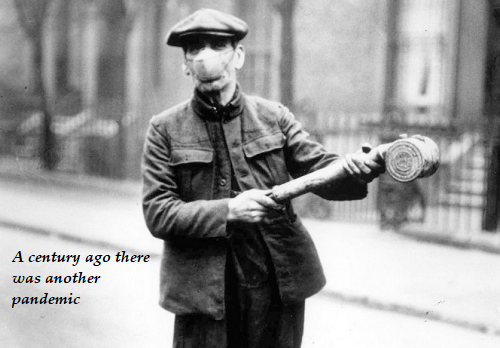 I don’t want to write about the virus anymore. This morning over coffee I was trying to find a section of my newspaper which did not refer to, you know, the virus. A quixotic quest. What I want to focus on is stimulus spending which all governments seem to be engaging in to forestall a worldwide recession which their overreaction (in my view) is possibly creating.

Mind you, while I blame governments for overreacting, I see that Boris Johnson carefully explained, on medical advice, that sporting crowds did not contribute to spreading the virus. Straight away most codes in Britain suspended their competitions. Go figure. Panic knows no bounds once it gets going. Enough of that, back to stimulus spending.

Trump of course is a problem, whatever he does. Paul Kelly charges him with failing to provide global leadership. Kelly quotes a well-known economist, Warren McKibbin, who is also, apparently, a pandemic analyst; bet you didn’t know such economists existed. “There is no global leadership. It’s just chaotic [right about that]. The United States has abandoned its role as global economic co-ordinator.” If you think that this sounds like mindless economic bafflegab, you would be right.

What is never explained is exactly what this missing “global leadership” would look like and how it would help if we knew what it looked like. Obviously, moronic assertions are one of the symptoms of the virus. Those issuing them should get tested. Here is another moronic one to conjure with.

Ours is bigger than yours, so added Kelly in unfavourably comparing the relative size of the (“inadequate”) stimulus Trump proposed to Congress and the size of ours and of Italy’s. Now appropriations are in the hands of Congress in the US, and its members are seldom averse to spending other people’s money, so the actual size of the stimulus will be a lot higher than Trump proposed. As Trump has now declared a national emergency, even more money can be spent ($50 billion) outside of that appropriated. But, as the saying goes, size is not as important as what you do with it. And I will come to that.

Before I do that let us be clear. Stimulus spending is counterproductive, at least it has been in all of the recessions we have had thus far in the modern world. Recessions are caused by a serious mismatch arising between the pattern of production of materials, goods and services and the pattern of demand for them. They are not caused by an overall shortage of demand. That is Keynesian mythology; which, unfortunately, has turned into a factoid alive and thriving in the minds of almost all economists.

What might cause the mismatch to which I refer? It might be precipitated by a shock, like oil-price rises in the early 1970s. Or, by particular asset prices collapsing, as they did in 2008 when mortgages underlying a vast array and quantity of financial assets proved to be worthless or close to.

In these kinds of circumstances market economies begin to sort themselves out by reallocating resources, guided by the price system. Governments can help by removing regulatory and taxation impediments to business development. Spending money, and usually wastefully, interferes with price signals and delays recovery.

Economies do recover despite government interference. Governments claim credit for speeding the recovery. Nothing can be proved. Myth survives.

Now with that background you might think I would be against stimulus spending in the current circumstances. However, I have to admit the situation is unique, so far as I know. This might be the first recession brought on with deliberation by governments in closing down businesses. I can’t recall this happening when the Swine Flu hit in 2009/10; when the CDC estimates, for example, that nearly 61 million people in the United States were infected and 12,469 died. Be that as it may, we are where we are.

The key must be to ensure that businesses, particularly small to medium-sized businesses are able to afford to retain their employees, including casual employees, in the expectation of things returning to normal in a short interval of time. Targeted tax relief, investment incentives, wage subsidies to retain apprentices, and even direct payments — all in the Morrison stimulus plan — seem to me well designed in the circumstances. On the other hand, I can’t understand spending almost $5 billion of taxpayers’ money on one-off cash payments to pensioners and others on government support. They will go on through the “crisis” in receiving their income regardless of the economic situation.

I suspect that Mr Keynes is behind the thinking. Pensioners will spend the money and boost the economy. On what, pray tell, will they spend that money? They are being advised to cocoon themselves. That means movies, theatres, cafes and shopping sprees are out. Maybe they can buy things on Amazon? Now that should help Australian retailers.

I recall Kevin Rudd dispensing free cash during the GFC, when we were all free to rub shoulders with fellow citizens. Also recall Gerry Harvey saying something like, ‘well that’s January taken care of, now what is the government going to do about February?’ Says it all really. This kind of cash drop is simply a waste of money. At the very best it will predominantly help China, which produces most of the goods people are likely to spend their money on.

However, I am not going to be churlish. Morrison has it mostly right in so far as no-one knows what is or isn’t exactly right. And I don’t begrudge pensioners a few extra dollars. Let me end by going back to Trump. Avoid taking seriously those suffering from Trump Derangement Syndrome and thus prone to concluding the US President is public enemy number one. He didn’t cause the virus, he can’t cure the virus, he can’t resuscitate the world economy single-handed, he is not king of the world.

A sorry excuse for a Royal Commission