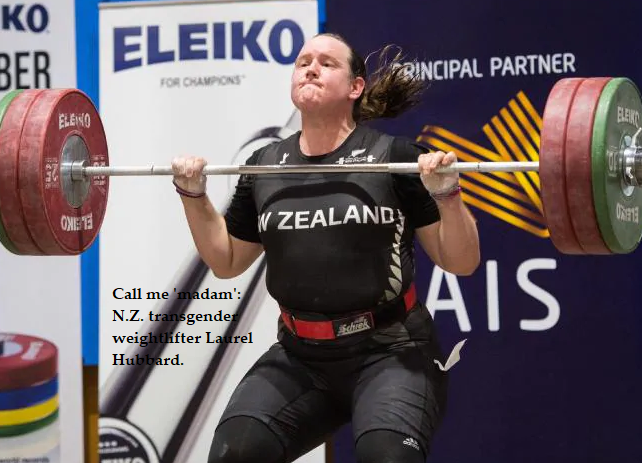 What is with the venomous pile on against Margaret Court? She said something everyone with a brain already knows: it will not work if men are allowed to compete against women in women’s sports, even if the men concerned think they are women.

Women cannot compete with men in any mainstream sport. Well, maybe darts, shooting, perhaps some gymnastics, but that is about it. Even chess seems to be bastion of natural male supremacy, although the reasons why only three woman figure in the world’s top 50 players (#41, #49, #50),  as ranked by chess.com,  are the subject of intense debate.

One of the most startling examples of the inherent superiority of men in sport came when the women’s national football (soccer) team,the Matildas, were beaten by a Newcastle under-15 schoolboy team. Not just beaten, but utterly humiliated 7-0. Bear in mind that the Matildas, despite their drubbing, remain highly fancied to take Olympic gold against other women. Wherever men have claimed to be women and competed in women’s sports, whether martial arts, track and field, or ball sports, women are pushed from the lead. If this continues, women will be pushed out of sport altogether.

As the satiric Babylon Bee website framed it with Swiftian elegance:

In an inspiring story from the world of professional cycling, a motorcyclist who identifies as a bicyclist has crushed all the regular bicyclists, setting an unbelievable world record.

In a local qualifying race for the World Road Cycling League, the motorcyclist crushed the previous 100-mile record of 3 hours, 13 minutes with his amazing new score of well under an hour.

Professional motorcycle racer Judd E. Banner, the brave trans-vehicle rider, was allowed to race after he told league organizers he’s always felt like a bicyclist in a motorcyclist’s body.

Disagree with Mrs Court? OK. But then you are also disagreeing with Germaine Greer and Martina Navratilova, who said that while she is wholeheartedly supportive of “pro-trans people or any part of the spectrum”, male-to-female transgender athletes competing in women’s sport was “insane” and “cheating”. According to the 18-time Grand Slam champ,  “You can’t just proclaim yourself a female and be able to compete against women. There must be some standards, and having a penis and competing as a woman would not fit that standard.” And then, because she is a woman in good standing with the Left, she proceeded to attack Court for saying exactly the same thing.

Not outraged by the comments of  Navratilova and Greer? No, but I guess the media hasn’t told you that is the appropriate reaction. For Mrs Court, a devout Christian, other rules apply.

You are certainly entitled to believe that Margaret, Germaine and Martina are wrong. In that case, list sports where men and women compete on an equal footing, or provide counter-examples showing where men claiming to be women have entered the lists in women’s sports without disadvantaging female competitors.

Branding as “transphobes” and “homophobes” those who disagree with hormonally dosed men competing with genetic women works well on Facebook and Twitter, where Left orthodoxy prevails. But on the sporting field, those keeping score know the difference between gender theory and biological reality.

9 thoughts on “Stiffing the Sporting Distaff”

Waiting for the Antipodean Trump

The State as Hire Authority