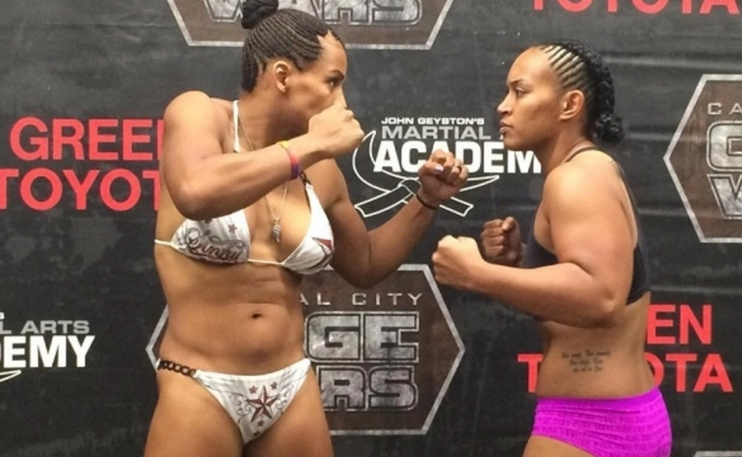 I am not ardent but I take a passing interest in professional boxing. I try to catch it when it is on TV, particularly if it is taking place in America or if it is a fight in the superb and relatively new Muhammad Ali world boxing super series. Women’s boxing has not figured in my interest. However early this year on the undercard was a fight between Katie Taylor from Ireland and a tough looking Latino woman for the lightweight (130-135 lbs) WBO world title.

I feared for the wholesome looking Katie against this toughie. My fear was misplaced. Katie dominated the fight which had to be stopped before the end.

I looked up Katie Taylor and discover how famous and accomplished she is. She is now only one of seven fighters, male and female, to have held a world title under the auspices of all of the boxing organisations – WBA, IBF, WBO and WBC. Earlier this month I saw her step up a weight division and, in a masterly display of boxing, take the WBO world title in the junior welterweight category (135-140 lbs).

Three male boxers hold the world lightweight title (same weight as the women by the way) across all four boxing organisations. I added up their records. They have fought a total of sixty-six fights with only three losses and fifty-one knockout wins. Yes, fifty-one. Boxing is a dangerous sport.

Over recent decades, steps have been taken to reduce the risks. For example, there are fewer rounds than there used to be in championship fights. Finely graduated weight divisions tend to keep larger and smaller boxers apart. Prior medical checks are more stringent. Doctors are on hand during fights. Referees are much more likely to intervene quickly to protect a hurt boxer than in the past.

Yet, despite the precautions, boxers do sometimes still suffer grievous injuries and even death. Let me add a final point of particular pertinence to my unfolding theme. Women fight two-minute rounds compared with three minutes for men. You see, as the minutes tick by tiredness and the chances of getting hurt increase correspondingly.

Take an imaginative leap. Suppose one of these three male boxers, who I referred to above, decides to wear a frock, have a course of estrogen, and fight as a woman. Katie Taylor would have her block knocked off. In fact, she would be put in grave danger. Forget all those steps to reduce risks. The betting would be on whether she would survive for less or more than a minute.

Sometimes ridiculous propositions are best shown up by getting the context right. It’s all very well to allow men purporting to be women to take part in racing sports of various kinds or in sports which either have no physical contact or which severely regulate such contact, but why stop there? If in fact men can change into women and compete fairly with biological women then that surely must apply across the board. Katie and all the other women boxers must acquiesce to getting their blocks knocked off in the cause of transsexualism (or, if you want to put it in a woke way, in the virtuous cause of “transgenderism”).

Has it already happened, I thought? Are some men with freshly-shaven legs already creating mayhem within women’s boxing? Apparently not. I did read about a Patricio Manuel becoming “the first transgender professional boxer.” Importantly, though, Patricio was previously the five-time USA female national amateur champion before transitioning to maleness with hormones and surgical intervention.

He now fights as a man and in fact won his first fight at the end of 2018. That’s fine. Good luck to him. It’s the other way around that is way beyond the pale.

What of that other pugilistic sport, mixed martial arts, badged usually as the ultimate fighting championship (UFC)? I don’t like it at all and never watch it, but that is by the way. Fallon Fox, a man who had transitioned to womanliness, was licensed to fight as a woman and had six fights between 2012 and 2014. Her last opponent was one Ms Tamikka Brents.

It was reported that Brents suffered a concussion, an orbital bone fracture, and needed seven staples to her head, all from the first and only round. “I’ve fought a lot of women and have never felt the strength that I felt in a fight as I did that night,” she said. “I can’t answer whether it’s because she was born a man or not because I’m not a doctor. I can only say, I’ve never felt so overpowered ever in my life, and I am an abnormally strong female in my own right.” (Editor’s note: Footage of that fight, shot by a fan, is embedded at the foot of this post. Fox is on the left in the picture above)

So far as I know, no other man who has transitioned has been licensed to compete in the UFC. Somehow, I think those in charge of mixed martial arts will tread very carefully from now on when it comes to pitting women against opponents who were born and lived as men. Just how woke do you have to be in order to be relaxed about seeing women being maimed and killed in the interests of LGBTQ rights?

The only participants in women’s sports should be biological women. It’s is patently clear why that must apply in pugilistic sports; in boxing and in mixed martial arts. And, by extension, if it is patently clear why it must apply in these sports, then it must apply generally. Men have a biological advantage over women in sporting endeavors requiring strength and speed. Not to recognize that is to viscerally undermine women’s sports; and to sap the enthusiasm of girls and young women working hard to excel. We shouldn’t understate its harm. It is truly another part of the pernicious agenda to tear Western civilisation apart.

I do not accept that the man and woman in the street, even those susceptible to climate alarmism or seducible by free stuff from government, buy this business of biological men competing in women’s sports. Virtue-signaling elites, vassals to LGBTQ fanatics, are behind it. How do such people get themselves into positions of influence and power? I don’t know, but no doubt they are yet another manifestation of the long (Marxist-inspired) march through our institutions.

Thieves at the Door, Dolts in Residence