Seeing Rights Where There Are None 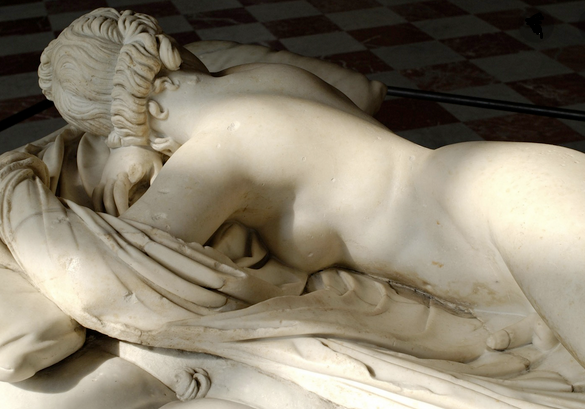 Come on, Brendan, tighten up. The argument, I mean. I’ve got this newspaper clipping. It’s been sitting here for weeks. I’ve stared at it a lot. Each time, though, it’s left me near speechless. Not the least because it comes from the pen of my favourite atheist. But one shouldn’t remain silent when heroes fall, should one?

Brendan O’Neill is brilliant. Well, often brilliant. He’s energetic.  He speaks and writes plainly and with enviable fluidity.  He’s a tireless defender of freedom and democracy against its enemies within. He’s merciless at unmasking the tyrannical impulses of the Left. He’s a principled voice for the plebs against the haughty elites. He’s a grounded patriot at odds with alienated cosmopolitans. And yet, this star gladiator of the culture wars is prone to intellectual muddle.

Take my clipping. It’s one of his recent pieces, “Trans birth certificate shift is an Orwellian step too far”, and his general point is compelling: that society is being is being dragooned, by legislation such as the Victorian Births, Deaths and Marriages Registration Amendment Bill, into accepting as true – for ideological reasons – things that are plainly false. On the way, however, Brendan engages in some muddy moral philosophising.

Really? How is it not lying when Harry changes his name to ‘Harriet’ by deed poll or gets the bureaucracy to issue him with a new passport on which his sex is recorded as ‘female’? Harry is manipulating forms of identity provided by the state to sanction his pretense that he has become ‘Harriet’ and that, “hereinafter”, he is now a she — or, rather, always was one. That is lying in exactly the same way as retrospectively changing the sex on your birth certificate is lying. In both cases, moreover, the state is a party to the lies.

So, yes, Brendan should “feel uncomfortable” about that.  Though I am saddened to see his resorting to a moral ambiguity more suitable to a Vicar of Bray than to a lion in the “public square”. If, apparently, Brendan can’t “live with” the birth certificate lie, nor should he be able to live with the deed poll and passport lies. To reject the former and to tolerate the latter, requires a collapse of moral reasoning. Brendan continues:

Up to a point, Brendan. Certainly not the State — neither any social group nor single person — should be coerced into accepting the lies we tell ourselves. Which is why, contra Brendan, we are not “perfectly at liberty to lie” to ourselves. How come? Well, man is by nature a social animal, as Aristotle put it. For this reason, when we lie to ourselves, our social nature disposes us, almost compels us, to share the lie with others. Indeed, we need to share it because of another factor in play. Man’s internal balance pivots, shall we say, upon reality. To replace reality with the unreal is an existential threat to that internal balance.

So, the social disposition, combined with the instinct for interior order, prompts us to seek confirmation from others of the ‘truth’ of our lies. Once we have accepted a lie as our ‘truth’, we need our new reality to be “socially constructed.”

Depending on its gravity, trying to live a lie, all wrapped up in a closed private world, exposes us to the risk of internal meltdown. We need, consequently, for our lie to be lived by others so that, through them, our new ‘reality’ might be confirmed. Just as truth within human communities requires a “social construction”, in order that it might be lived communally, so what is opposed to truth demands, with an urgency peculiar to itself, a rival “social construction.” Hence the need to have same-sex unions declared ‘marriages’ by the state or to see the creation of a phoney paper trail of identity papers. And for the rest of us meekly to nod assent.

It may well be, as Brendan says, that people are “perfectly at liberty to lie to themselves”. I agree, but only in this sense: that they are free to exercise the power of doing so. That they do do so is pathological in the moral sense; and, depending on the scope of these lies or self-deceptions, they engender social consequences that are corrosive to a greater or lesser degree. No human right, therefore, is engaged by our propensity for self-delusion.

Accordingly, Brendan is mistaken, when he goes on to express his full support for the “right of people to adopt opposite-sex names, opposite-sex dress and even to seek sex-change surgery …” There is no right here to which Brendan can add his support. There is only a capacity to act in certain ways. The mere fact that one can do something does not create a right to do it. It’s an elementary point. If that were not so, then Raskolnikov would have been justified in killing Alyona Ivanovna, and stealing her money, just because he could.

Brendan is right, however, to claim that “public institutions should not have to buy into other people’s beliefs about themselves …” It’s just that he does not go far enough. Depending, once again, on how far removed from reality they are, people’s beliefs about themselves imply a demand upon society bearing with it potentially grave implications. The common good, accordingly, requires that the lies we tell ourselves, the self-delusions we entertain, should not be “socially constructed”.

How society-at-large and all its mediating institutions, including above all the family, deals with our treasured personal fictions is something that calls for wisdom, tact, patience – and, yes, toleration. Allowing us to believe our private novellas correspond to documented history — let alone, more broadly, to reality itself — is never permissible. And, yet, we have become just such a society. I find it sad that Brendan’s worldview — his conventionally wise conflation of freedom with rights — is part of the problem.

In the case of an atheist on the side of the angels, one can only hope that some of their angelic grip on reality might eventually rub off.

Media and the Left