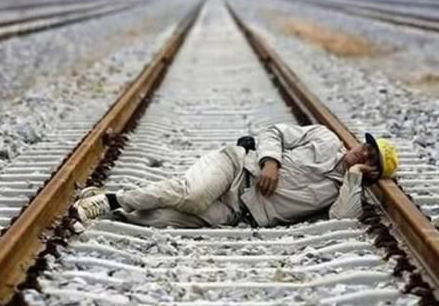 Nick Cater in The Australian rightly lampoons a Harvard study that, by polacing its focus on manufacturing, manages to rank Australia ninety-third in the world economic complexity league table. By contrast, another study, Credit Suisse’s Global Wealth Report, puts Australians second in the world in terms of average wealth and the wealthiest for median wealth. These assessments inevitably involve some exercising of problematical judgements by their authors, but that aside, wealth is not as easy to measure as it might appear. 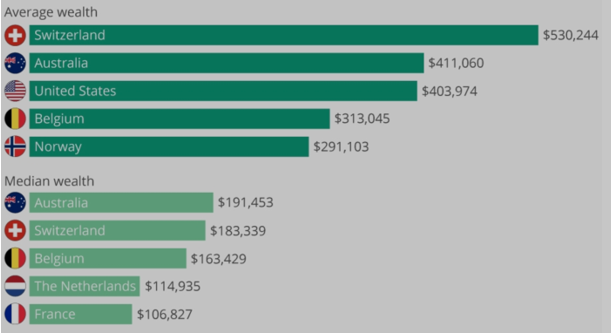 The Credit Suisse study would be heavily coloured by the fact that most of Australians’ household wealth is locked up in the homes they own.  And the value of those houses is inflated threefold more than that of comparable houses in the US or France, where planning regulations are more liberal. Take away the illusory wealth represented by regulatory-driven land scarcity (in the nation with the world’s highest per-capita land availability!) and Australian’s household wealth falls to average OECD levels.

One long-standing annual assessment of nations’ comparative performances is the Global Competitiveness Report of the World Economic Forum.  Its appraisals are based on multiple factors grouped into “pillars”, the first of which is based on “security, property rights, social capital, checks and balances, transparency and ethics, public-sector performance, future orientation of government, and corporate governance”.  Okay, some of the actual assessments could be coloured by prejudices but, in general, the rankings in this “pillar” seem sound, with the top performers being Finland, Singapore, New Zealand, Netherlands, Hong Kong and Switzerland.

This first “pillar” of comparisons is moderated by other criteria including infrastructure, and information and IT (Australia coming a distant 29th in both cases) macroeconomic stability (where Australia is ranked as equal first along with 33 other countries), labour market, human capital, financial system stability, meritocracy, R&D and “entrepreneurial culture”.

The overall positioning of the top 20 nations in 2019 was 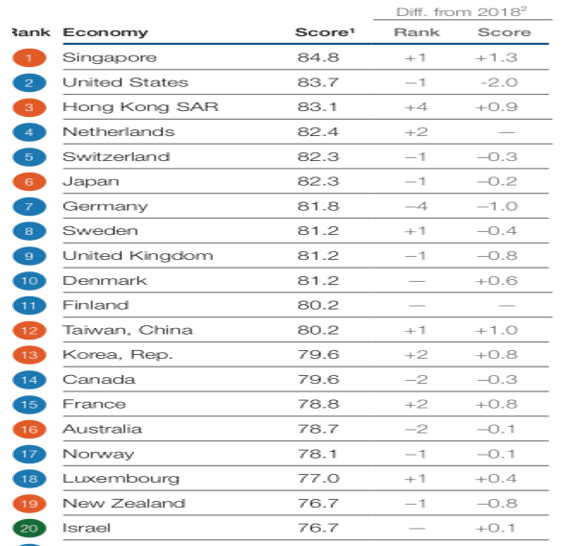 That ranking would tend to confirm some intuitive thinking, all the more so when one sees the nations bringing up the rear are the failed, impoverished states of Chad, Yemen, Congo and Haiti.  That said, the competitiveness indices somehow fail to comprehend the achievements of the recent success stories seen in some of the fastest growing nations: China (ranked 28), Vietnam (67) and India (68).

For Australia a sadly realistic assessment can be gleaned from the picture over time.  Our halcyon days were at the beginning of the 21st century, following the micro-economic reforms and privatisations that were seen in the Hawke/Keating and Howard governments (as well as those in the states, led from Victoria by the Kennett government). In 2001, Australia ranked in the top five on the Global Competitive Index. Even before the fall of the Howard government we had been running out of steam but the apotheosis was crushingly dethroned by the excesses of the Rudd/Gillard years and has not been retrieved.

This seems unlikely to change.  There is no radical reform program finding a political sponsor, no constituency for dramatic cutting of spending. All we can see is regulatory measures being intensified in energy, water, land use, mining and telecommunications.

Worse, the bigger risk is that a future ALP government with the policies similar to those Shorten took to the May election would send us on a further downward spiral.

Alan Moran of Regulation Economics is the author of  Climate Change: Treaties and Policies in the Trump Era

From Ballot Box To Abyss