Polite Persuasion is Wasted on the Shrieking Left 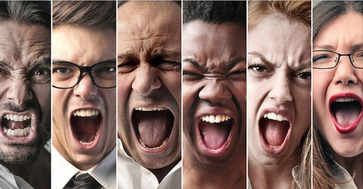 Like Jordan Peterson’s reputation, Lionel Shriver’s conservative credentials were burnished by leftist idiocy. In Peterson’s case it was his interview on the UK’s Channel 4 by Cathy Newman. In Shriver’s case it was Yassmin Abdel-Magied walking out of the Brisbane Writers’ Festival in 2016 in protest at Shriver’s views on identity politics and cultural appropriation.

Neither Peterson nor Shriver are my kind of conservatives and, to be fair, I am sure they would not claim to be or would want to be. That’s fine. What I would like to say is that conservative warriors are now needed more than ever. Much less useful are prominent notables on the conservative side who come over all reasonable in the face of those intent on our destruction.

Peterson lost his standing with me when he suggested that Brett Kavanagh should first win his confirmation to the Supreme Court but then immediately resign to clear his name. That was a ridiculous suggestion, to put it extremely mildly. Clearly Peterson has no idea about the enemy we face.

I caught Shriver on Q&A last week. True, I could only stand five minutes or so before turning it off. Any longer spent watching Q&A is injurious to my peace of mind. Nevertheless, I saw enough to sense that Shriver was trying hard to appear “reasonable” to other panellists and to the usual green-leftist ABC audience. Hint for Shriver: Prostration is pointless. They’ll always despise you. Look to, say, Michelle Malkin for a role model.

Did I get a false impression of Shriver’s demeanour? I think not. The following evening I attended the Bonython Lecture in Sydney, where she explained that her engagement, front and backstage, with other Q&A panellists was civil; and, furthermore, she made a point of extolling the need for civility generally in political debate.

I want to be clear. Come the witching hour I believe I will find myself on the same side of the barricades as Peterson and Shriver. After all, where else could we be? But I would like to think that we can avoid arriving at the witching hour. And we won’t if our side is populated by those falling over themselves to be civil.

Civility is paramount among people of sound mind and goodwill. Those of the new progressive Left don’t qualify. They need to be fought, not reasoned with. Reasoning with a poisonous serpent is useless. You have to chop its head off. And, being religiously minded, I choose the metaphor of a serpent advisedly.

Go to the US to see the progressive Left at its most transparent. It’s here in Australia, in the UK and in Europe in full-enough measure, but only in America has it the chutzpah to stand in the spotlight. Anyone who caught any of CNN’s seven-hour town-hall meeting on the “climate crisis” with the top ten Democrat presidential candidates would know what I mean. They have no shame.

They tell blatant lies, like Hurricane Dorian is a product of climate change, which are easily exposed. Yet they will simply go on repeating them. It is lying in the name of saving the planet. Taqiya for Gaia. The destruction of America’s economy, and, with it, Western civilisation, is collateral damage apparently. Or is that all part of the plan? It surely must be.

Run down the list (in no particular order and without attempting to be exhaustive): the ‘green new deal’, pulling down border security, providing free health insurance to illegal immigrants, publicly funding abortion up till the moment of birth, slashing military spending, funding more and more ‘free stuff’ through greatly increased taxation (and, no doubt, through untrammelled money printing as per leftist modern monetary theory[i]), persecuting those with the temerity to practice Christian beliefs, marginalising the traditional family, insidiously siding with Palestinians over Israel, and hiking minimum wages to add to the rampant unemployment which will follow, as night follows day, from the other ruinous environmental and economic policies.

Quite simply America as we know it would cease to exist. It would be crippled. America stands between Western civilisation and the Islamic and the Chinese-communist barbarians. We would fall as other civilisations have fallen. At some point the Islamists and Chinese would turn on each other. But, by that time, we would be vassal states watching the big boys duke it out. I will go back to my start.

I am generally polite and civil, even after a few drinks. But I ask this question. How civil is it proper to be to those who espouse policies which, if ever enacted, would put our grandchildren’s lives at risk?

[i] “Unmasking Modern Monetary Theory” in the July/August issue of Quadrant.

5 thoughts on “Polite Persuasion is Wasted on the Shrieking Left”