If Only There Was a Tax on Envy 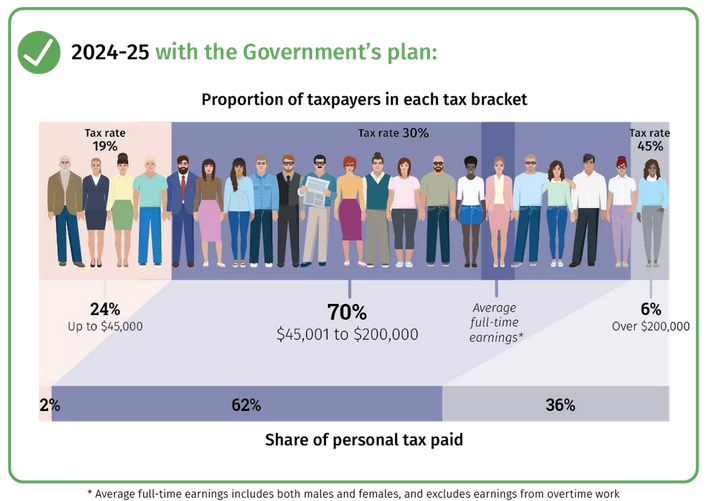 Wayne Swan is the former federal treasurer who promised a budget surplus over and over and over again, but never delivered a single one. He retweeted this tweet in response to the Government’s new tax rates.

This is either idiocy or willful ignorance. It’s simplistic propaganda to sell socialism, using sneaky and manipulative language to cover a culture of greed and envy for other people’s money.

The wiggle word to watch out for here is rate. But rate is not a measure of burden or real cost. The opportunity to be generous to people hard up is the level at which the tax-free threshold is set, ie., the amount which the government won’t tax. Earn less than that amount and you pay nothing. Zero exploitation there.

Rate is the only real measure of equality of opportunity. All socialists have ever done though is cut down tall poppies in pursuit of equality of outcome. That doesn’tdon’t make anyone permanently richer. As Churchill said, “Socialism is … the gospel of envy.”

The math doesn’t lie, so let’s have a look at who is being oppressed in the tweet Swanny is sweet on. Given the hyperventilating is about some flattening of the tax brackets, as opposed to what the Green economists call ‘progressive’ tax, let’s use their worst case hypothetical scenario, a completely flat tax rate of 30% and the same tax-free threshold.

The cleaner is not “exploited” if the executive doesn’t pay even more tax. He’s completely and entirely unaffected.

This isn’t unfair, it’s perfectly equal. If anything, the executive who derives the same or less benefit from the government is paying disproportionately more than the cleaner. He earns 6.75 times more than the cleaner but pays 12.33 times more tax. I think that’s fine, because it’s calculated equally. I think the union/Labor hyperventilations about flat taxes is incredible.

One response to my critique is that the executive has far more left over than the cleaner. As I opened with: socialist envy.

Of course an executive takes home more pay than a cleaner. Complaining that professions which require more knowledge, skills, training, qualifications and experience and which have significantly more responsibility than others get paid more than those that anybody can do is irrational.

But that’s to be expected from people who don’t know the history of the economic and human costs of socialism.

Dave Pellowe has a blog

Not Ready for Prime Time

An Outcast at the Table

The ABC and SBS: A marriage that won’t happen