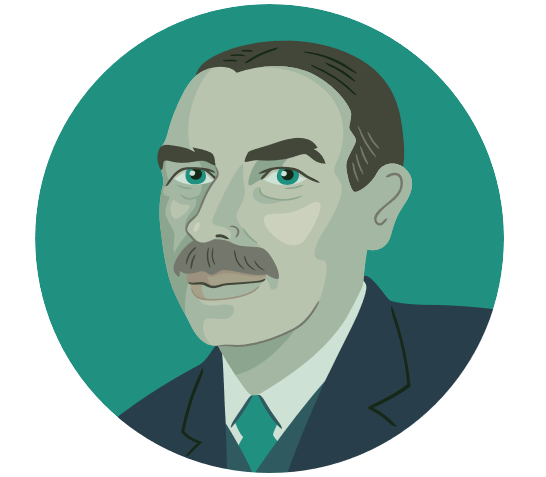 The Reserve Bank (RBA) reduced the cash rate to one percent on July 2. The cash rate, for those who don’t know, is the rate at which banks borrow from and lend to each other overnight. What has that to do with interest rates which apply more generally in the market place. ‘It depends’ is the answer.

It depends on banks having a captive market of depositors and acting collegiately (a kinder word than collusively) to raise or lower rates. So, when the RBA lowers the cash rate, which has nothing directly to do with funding costs, banks all dutifully act together to lower their deposit rates and, lo and behold, their funding costs fall. Stuff depositors. Political pressure, and the costs they face in raising funds other than through deposits, then determines the degree to which their lending rates move in sync with the cash rate.

When interest rates are bought down depositors suffer – particularly those with limited savings and those in retirement who are understandably reluctant to risk their capital and, potentially, end up aging on Queer Street. However, depositors have little political clout. Borrowers get the attention. And among borrowers, by political consensus, first homebuyers form an especially needworthy class.

Lowering interest rates has an economic rationale. The theory is that economic activity will be stimulated, unemployment will fall and wages rise. So, depositors suffer for the greater good.

Take one. I think I know that halving interest rates from ten to five 5 percent will tend to make worthwhile investment projects more bankable. Economic development will follow and more goods and services will be produced. But, remember that increases in investment must have counterpart in savings whether sourced domestically or from abroad. You can’t spend your time building a boat on a desert island unless you’ve saved some coconuts to eat or someone from a nearby island paddles across and lends you some.

Take two. I don’t know at all whether halving interest rates from two to one percent will make worthwhile investment projects more bankable. Is an investment which can only jump a one-percent interest-rate hurdle worthwhile? Probably not, I’d say. In any event, it seems unlikely that there are any material investment projects which have not already gone ahead when interest rates were just two percent. Hence, we have desperation among Europeans which has produced negative interest rates in some jurisdictions, in the forlorn hope that their economies will respond. They haven’t.

Never mind, theory continues to triumph over conflicting experience. Or, perhaps more to the point, it is now hard, to put it mildly, to wean bond and share markets off negligible to negative short-term interest rates. An apt enough analogy: it might have been best to get Uncle Bill off the turps before he became a chronic tosspot.

How do we bystanders put it into perspective? First and foremost, resort to common sense. Here’s a clue. Does what you earn and save contribute to your wealth or what you spend?

Understand the powers that be are all allegiant to a wrong-headed theory called Keynesianism. This is Philip Lowe, governor of the Reserve Bank, speaking on July 2 about the need to supplement monetary policy with other government action after the RBA had lowered the cash rate.

One option is fiscal support, including through spending on infrastructure. This spending adds to demand in the economy and – provided the right projects are selected – it also adds to the country’s productive capacity.

Leaving aside for the moment his comment on infrastructure, he notes the need for “fiscal support” which “adds to demand in the economy.”

This is from the RBA press release of July 2.

The main domestic uncertainty continues to be the outlook for consumption, although a pick-up in growth in household disposable income is expected to support spending.

Economists in government service do not seem to understand that wealth comes only from what we produce, not from what we spend. Keynes gave emphasise to spending and demand in 1936 and his misguided legacy lives on in the minds of present day economic ‘experts’.

The world looks like a different, commonsensical, place when we ask this pertinent question: What are the conditions which will promote saving and productive investment and thereby make us rich? Just maybe those conditions are not untowardly-low interest rates which penalise saving and which do not properly distinguish between high-value investments and those able to scrape over a very low borrowing hurdle.

Infrastructure projects take a long time to plan and to build. They should never be used in an attempt to offset temporary (cyclical) weakness in the economy. Weakness in the economy is best tackled by removing artificial impediments to development and growth – like the vexatious delays to Adani and lumbering industry with increasingly costly power. Deregulation of commodity, product and labour markets is the key to getting the best out of a nation’s resources

Infrastructure projects do not belong to a single class. Some, partly or wholly, will directly pay for themselves by the application of usage fees – like airports and ports and some major road and rail links. Others add might bring an indirect economic benefit – like improved suburban roads and bridges. Others simply add to general wellbeing – like public buildings and parks.

Overall, infrastructure spending usually results in a large charge on the budget. The only way to pay for that is to get the private sector to make, and go on making, more and more goods and services. Making not spending makes us rich and also able to pay additional taxes for infrastructure. For that we need patriotic capitalism freed from the dead hands of governments, from environmentalists and from union leaders stuck in cloth-cap days of yore. Most of all we need economic experts who understand that and preach it.

Fat men can fight too