The Comfort of History as May 18 Draws Near 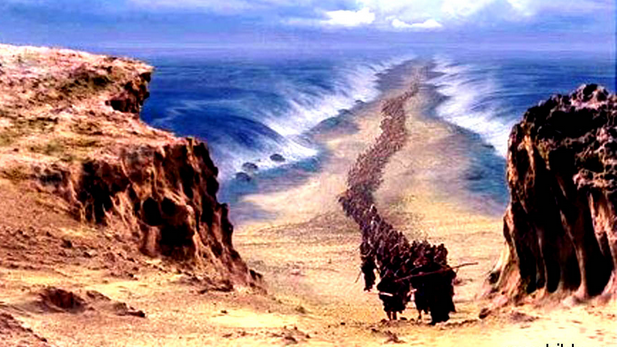 As the old cliché goes, a week is a long time in politics. And as the recent New South Wales State election underlined, campaigns matter. Given that Labor has been ahead in the polls for so long, it seemed Bill Shorten would glide effortlessly to victory on May 18. Mind you, those opinion polls have conveyed the longstanding public disillusionment with the Coalition. It would seem difficult to expect a sudden reversal of fortune in just a few short weeks.

However — and call me an optimist if you will —  I strongly suspect voters will opt for what they see as the lesser evil, a perception bolstered by the narrowing gap NewsPoll’s surveys of public sentiment have found as the election date draws near. The explanation resides in the long period of “tuning out” by many voters, coupled with the ALP being the default beneficiary  of public disenchantment with a Coalition that defenestrates leaders and is wobbly on principles. It is not as if the ALP brand engenders much enthusiasm. Rather, the polls suggest voters have swung to minor parties, some espousing “right wing” policies. At different times we have seen swings to One Nation and, more recently, Clive Palmer’s United Australia Party. In the NSW state arena, the Shooters, Fishers and Farmers has become a growing force. The common denominator is that loss of support by the Coalition has tended to benefit right-wing populist parties, rather than those of the Left. The ALP benefited to the extent that it presented a small target and its policies escaped close scrutiny.

Whether erstwhile Coalition voters, or, more significantly, millennial voters will have an urge to embrace left wing policies, such as “action on climate change”, whatever that might mean, is one of the major talking points of this election campaign. Scott Morrison is eager not to appear as a “denier”, lest he alienate the “moderates” in his own ranks. The richly funded GetUp campaign is unusually concentrated in the affluent suburbs within Tony Abbott’s electorate of Warringah, where we see a large contingent of affluent professionals, plus the university-educated children of the affluent middle class, spurning the ‘carbon economy’ basis of their own wealth.

I believe Tony Abbott will win the battle to retain his seat, but the campaign underscores both the effect of the Left’s march through the institutions and a partial breakdown of the old socioeconomic  alignment in Australian politics. Here it is instructive to consider where GetUp is deploying its prime offensives aimed at ousting conservatives. While the activist behemoth has launched a massive on-the-ground campaign in Abbott’s seat of Warringah, it seems largely absent from the electorate of Hughes, held by Craig Kelly, a noted critic of global warming hysteria. Are the tradies in his electorate, and in the Sutherland Shire generally, immune to the nonsense which has infected too many of the upper crust on the North Shore? So it would seem. Likewise, GetUp has pulled out the stops in the “doctors’ wives” bailiwick of Kooyong, held by Treasurer Josh Frydenberg.

Meanwhile, Bill Shorten’s ALP is now a large target. On key policies such as taxation, electric cars, the 50 percent renewal-energy goal and other policies which target a huge swathe of the middle class, Bill Shorten and shadow treasurer Chris Bowen have exposed their flank to attack.

There are three elements, including the lessons of history, which should give pause to the conventional narrative of an imminent Labor landslide.

# Scott Morrison leads Bill Shorten by a wide margin in terms of personal popularity. This does not mean Bill Shorten needs to take the lead to win. But there should have been a distinct evening-up over the course of the campaign season. Instead, we see reports of local ALP candidates scarcely mentioning Shorten at all. The overall impression is that Shorten is a drag on support for Labor

# Scott Morrison has emerged as a viable and vigorous campaigner prepared to take the fight to Labor. Apart from the bitter and twisted Turnbull family, whose influence is diminishing as the former PM and his peculiarly obnoxious son, Morrison has both united the Coalition and enhanced the public’s perception of his personal authenticity. On the policy front, it is steady as she goes. This is as good as we can expect. In a more subtle political sense, Morrison is a tribal figure, making it easy for average people to identify with him.

# Related to the first point, the ALP lacks a charismatic leader whose appeal extends beyond the boundaries of the Labor brand. Each change of government from Coalition to Labor since World War II has been marked by an outsized personality leading Labor. In 1972, it was Gough Whitlam. In 1983, Bob Hawke. In 2007, Kevin Rudd answered the casting call. All achieved extraordinary heights of personal popularity. All won against dispirited and visibly tired Coalition governments. In 1972, the Coalition was led by the widely derided William McMahon, who deposed John Gorton. In 1983, Malcolm Fraser had survived a recent challenge from Andrew Peacock. In 2007, John Howard was seen as hanging on past his time to the Liberal leadership.

In the absence of a charismatic leader, Labor has won only by default when the non-labor side succumbs to division. In 1929, the decidely uncharismatic James Henry Scullin defeated Bruce Page after Billy Hughes and a few followers defected over attempts to change the arbitration system. An early election was called and Bruce lost his seat. Labor won in a landslide.

The second example was the booting of Robert Menzies in a coup mounted by some members of his own backbench in 1941. The two independents, who had hitherto supported the non-labor side, switched to the ALP, led by Curtin. Labor subsequently won, by default, the 1943 election. Again, this Labor victory owed most to the discredited state of the non-Labor parties. It is true that Curtin’s stature increased during his time in office — perhaps undeservedly, as Jonathan Huston argued in a recent Quadrant. What needs to be remembered is that Curtin had led the parliamentary Labor Party since 1935, lost the 1937 election by a fairly wide margin to Joe Lyons, and came close to losing his seat of Freemantle in 1940. We also forget that then-prime minister Menzies did quite well in the West, only losing ground in the Eastern states.

So what does all this tell us? To the extent that the Coalition remained divided, with Malcolm Turnbull the main catalyst for that division, Bill Shorten’s ALP seemed assured of a cakewalk triumph. To the extent that Scott Morrison can continue to forge a new unity and diminish Turnbull’s sidelines sniping, the more likely he will be to secure what only weeks ago seemed a most unlikely victory.

Perhaps it is wishful thinking, but until and unless the tally on the evening of May 18 proves me wrong, I am tempted to regard Scott Morrison as the antipodean Harry Truman, who won the presidential election against the odds and all predictions in 1948. Truman was known as, “Give ’em Hell, Harry”. Let us see what Scott Morrison can do.

The ABC’s Slip is Showing