Conspicuous Grieving and the Politicisation of Tragedy 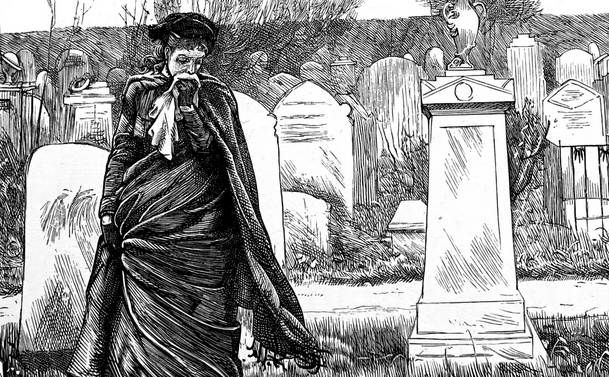 The recent tragedy of Christchurch was, for once, not an act of the God of earthquakes but yet another in the long history of actions that serve to remind us all of the “evil that men do”.

One always hopes, against hope, that there will be at least a few days, even a few hours, for those grieving to be allowed to begin to deal with their losses, to come to terms with the enormity of what has occurred, and simply to set their faces to the suffering and pain that must come their way. One hopes, though sadly nowadays it is only a futile hope, that they will be left in peace by the analysers, the 24-hour-news cycle jockeys, the instant pundits and ideologues of all persuasions. But no, it was indeed too much to hope for.  Even when the site of the carnage is dear, sweet, innocent New Zealand.

Alas, there is a phenomenon emerging in the age of instant media and of hopelessly divided societies – perhaps we should call it Tarrant’s Law – of the shrinking of the time between an atrocity and the first political comment about it.  There can be little doubt that this time lapse is getting shorter and shorter, and that the propensity to be outrageous in one’s politicisation has proportionally increased as well. The prize for Christchurch surely goes to the tweeters who blamed Donald Trump, for “enabling” white supremacist slaughters. But there have been other contenders; politicising tragedy now takes a number of broad forms.

First, there is the naming of adjectival terrorism.  The aversion that many in the mainstream and leftist media and across most police forces to placing the “M” adjective in front of terrorists who slaughter Christians and the infidel generally, lest we light a fire under rampant, casual Islamophobia, strangely vanishes in cases where Muslims are the sad victims of the slaughter.

In cases like Christchurch, the adjectives tumble out.  There were three here: “Australian”, “white” and “right wing”.  Labelling early saves analysts and ideologues the trouble of justifying this later.  By then, everyone is usually on board with the descriptors, and therefore with the embedded understanding of why something like this happens.  The use of adjectives merely saves you from having to come up with any deeper explanation of what are inevitably complicated matters with both proximate and remote causes.

Two words notably missing from the media coverage of the events in Christchurch were “lone” and “wolf”, tags so often appended to Islamic terrorists as “explanations” that serve to distance the individual from the cause that motivates him.

Second is the politicisation of tragedy, sometimes done actually in advance of the initial spray from the other side.  The prize here, of course, goes to Senator Fraser Anning, who, if he didn’t actually exist, would have to have been invented by the progressive Left. What and when he said what he did was very, very off. One guesses he just couldn’t help himself; to invade anyone’s deepest grief, like he did, leaves one with no sympathy at all for his action.  In terms of his position, that is another matter, and if the polls are to be believed, Australians are ambivalent at best about Muslim immigration.  For good or ill, this may well be the view of a majority of voters.  Saying or even implying, though, that the innocent dead somehow “deserve” their fate is appalling beyond words, and is quite another matter.  It also confuses proximate and remote causes – which should never be confused, as any Thomist knows.

Anning was, it seems, getting in first in anticipation of the outpouring of grief that has indeed occurred across our two nations, grief that he no doubt sees as ersatz, if not exaggerated, and politically correct.  His untimely and gauche intervention makes it that much harder to have conversations that begin with a defence of right-of-centre positions on immigration, or indeed begin simply with a plea for equality of conspicuous grieving in light of the many Christians slaughtered in the religious/ideological wars of our age.  To deny this war, of course, is utter fantasy.  The innocent dead of Christchurch were not progenitors of this war.

Speaking of conspicuous grieving, this too can be an act of politicisation of tragedy.  This is my third form of politicisation.  This can be unintended, or intended.  It necessarily occurs when political leaders move in to comfort victims and indeed to attain those rare presidential moments that, on the face of it, are above politics.  Some of it is just so over the top, though, to be just as gauche in its own way as Anning-type interventions.  The prize here, it pains me to say, goes to the normally sane and sensibly centrist Greg Sheridan.  No Greg, we are not all Muslims today.  We can pray, silently or loudly, and grieve with those whose suffering is more deadly and direct.  But let us keep it proportional to our own proximity.

Others are far less innocent in their conspicuous grieving.  It is simply political grieving.  Woke grieving.  Its purpose is to make a point about the West, to point the accusatory finger ar right-of-centre politicians and/or the evils of racism, despite Islam not being a race, as many so conveniently and so often forget.

Whether the New Zealand Prime Minister’s inevitable donning of Islamic garb falls into the category of inadvertent or conscious political grieving is a matter of opinion and, no doubt, ongoing pub talk in both our countries.  John Howard was a past master at capturing those “father of the nation” moments during bushfires, floods and the like. To assert that leaders should not do this would be absurd. Nor is it the case that politicians do not, or should not, feel personal shock at the tragedies that befall our nations and desire to join in the grieving.

Do these interventions in what is, in effect, the formation of public solidarity, help the victims of the tragedies?  I have no idea.  It may indeed help to overcome the national senses of loss and of mourning.  But when journalists, commentators and other fringe public figures cast themselves as grievers-in-chief, especially if and when it suits the ideological dispositions of those involved, things can get ugly, even cringeworthy.  It can crowd out private grief, and is prone to politicisation.

It also raises the temperature across all forms of media, especially now, of social media. The rights of those directly affected by the tragedy seems become crushed between the clamberings of all the multiple grievers, posturing pundits and assorted chancers who seize the opportunity to make a political point,

Politicising such tragedies as the Christchurch shootings takes many, many forms.  It can be pre-emptive.  It may be an example of irresistible virtue signalling.  It is often gauche.  It is almost always premature and therefore abhorrent.  ‘Here is my point of view’, and this tragedy just proves I am so right!

Finally, politicising tragedy is sometimes truly sinister because it is casual, very subtle, clever and all but unnoticeable.  Labels like far-right, even “white”, roll of the keyboard without great demur.  Then conservatives, or the many folks who would see new arrivals’ greater adherence to Australian norms and values, are on the back foot, perhaps even backed up against the wall.  They may indeed actually be silenced, due to their own, quite proper (dare one say Christian) regard for the feelings of the victims of senseless shootings.  In the meantime, the early deployment of politicisation ensures that the “right” words are embedded into the narrative so as to ensure, yet again, that those who control the past (even the very recent past) also control the present, and so control the future.

Like many tactics utilised by the Left in the ongoing culture wars, there is a cleverness about much of the way this plays out — a cleverness that would make Orwell (in his analysis of the politics of language, in particular) shake his head in either dismay or grudging admiration of those so adept at pulling this off while simultaneously holding candles and singing Kumbaya.