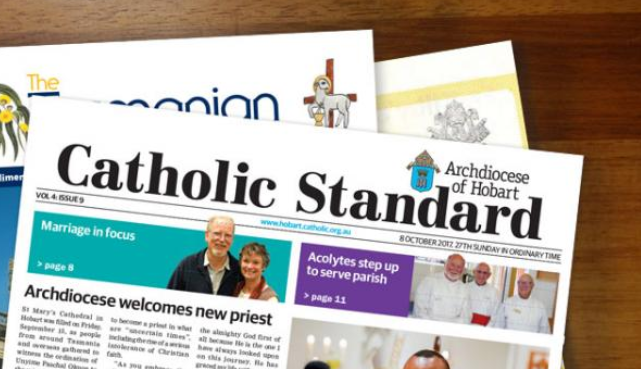 Late last week, as today’s sentencing of George Pell drew near, the Hobart’s Catholic Standard was being to delivered to parishes across the diocese when an extraordinary order was given to withdraw and pulp the edition. The reason was a short column by David Daintree, director of the Christopher Dawson Centre for Cultural Studies, that not only defended the cardinal but decried the “wickedness” of the many improbable accusations piled upon him.

Prof. Daintree accepted the decision in silence and has since declined to comment, leaving Catholic Standard readers and others to wonder just what might have a prompted such an extraordinary action. A Quadrant Online reader who obtained one of the few copies to escape the shredder transcribed the column and sent it along to us. It is reproduced below:

I have recently read and reviewed two very books, Rod Dreher’s The Benedict Option and Greg Sheridan’s God is Good for You.  They diverge in their conclusions:  Dreher believes that Christianity in western countries faces far more testing times to come, including active persecution;  Sheridan is more optimistic about the future, trusting that there is among our politicians a strong residual Christian faith that will see us through difficult times.  I think that Sheridan’s kind heart is too optimistic, that his confidence in the political system is misplaced, but being weak I also hope that Dreher’s depressing forecast never eventuates.  Let that cup pass from us!

What both writers agree on, though, is the sadly evident truth that the Faith is losing its hold on the young, that fewer and fewer young people retain any active connection with the Church.  We are bleeding badly.  That alone is an awful challenge.

Could Dreher be right?  Is it even worse than that?

The embargo on the Pell case has been lifted and we now know that he has been found guilty as charged and will be sentenced.

I know Cardinal Pell well, I like him and respect him. I simply cannot believe that he is guilty.

He is not the first innocent man to be found guilty by a jury, nor will he be the last, but my confidence in the jury system has been weakened.

There are some similarities with the Lindy Chamberlain case of forty years ago: the judge summed up for an acquittal, but the jury had taken against her, almost certainly because they disliked her for her faith and the calm acceptance it engendered in her, so she went to jail. She was eventually exonerated, but there are still those who hold that she was guilty despite the total discrediting of the evidence that brought her to trial.

Likewise there are those who believe that Pell should be punished anyway, for being what he is, and that the truth or otherwise of the particular charge on which he has been convicted is irrelevant.  Such views are repellent, for they subvert or ignore the principles on which our Law is based, but they are commonly expressed in tweets and similar unthinking outbursts.

Pell is a tough man and he will, by the Grace of God, survive the wickedness of his accusers and the silence of many who should defend him but won’t. Those who believe in prayer should pray for him, and for his alleged victim too, and for those who voted to condemn him.

26 thoughts on “Pro-Pell and Pulped as a Consequence”

Machiavelli from the bargain bin

Revolutions, Taxes and the Coming Revolt

The Enduring Lesson in the Gulags’ Defiant Wisdom