The Left’s Embrace of Antisemitism

If you told me this time last year that, come January 2019, I’d be standing in Parliament, addressing a room full of people at a Holocaust memorial event, describing the hideous abuse I’ve been receiving daily since I started speaking about the growing problem of antisemitism in the UK, I wouldn’t know where to begin with my incredulity.

My own identity as a Jew has been a confusing one. As I often joke, my mum’s Jewish and my dad’s Man United, and we’ve worshipped far more often at the Theatre of Dreams than I’ve ever been to shul. As a child, I knew not to sing the Jesus bit in the assembly hymns but the bacon sandwiches mum would feed us meant I didn’t quite know where we fit into all of this. 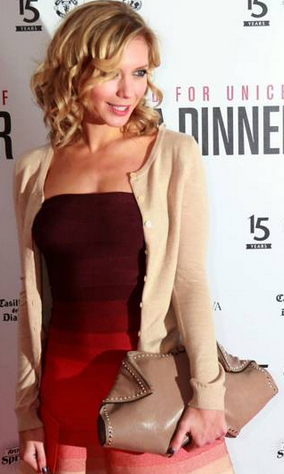 But one part of my Jewish identity, that forms part of my very being, is the deep and irreparable sorrow I feel in relation to the Holocaust.

I’ve always known that having just one Jewish grandparent, in the lifetime of my own Jewish grandparents, was enough for some to feel justified in carrying out unspeakable acts of inhumanity against them, like ripping babies out of mothers’ arms and smashing them against walls.

I visited Auschwitz for the first time in November. Most memorable to me were the videos in the Shoah exhibition of normal looking people in the 1930s – Jews – having fun in swim suits on the beach, playing cricket, enjoying family together, who would soon be reduced to dust.

The enormous mountain of hair, including little girls’ plaits, some blonde, some brunette, tied neatly, presumably by their loving mothers, before they would have to say goodbye forever, with all that would be left of them, cut off to be made into fabric. I’ve never experienced the literal feeling of being emotionally punched in the stomach like I did standing by that display.

I’d never understood why they did this, nor did I try to get inside the mind-set of a Nazi, to empathise with their feelings or work out why anyone could ever think this was ‘noble’.

I thought all Jew-haters were like them, loud and proud, and acting through irrational hate which could neither be explained nor understood – and I also thought that that the horrors of the Holocaust would mean that antisemitism would never rear its ugly head again.

Sadly, I was wrong on both counts.

I first started following the story of antisemitism in Labour after the protest outside parliament in March last year. I started listening and I started reading. And the more I read, the more shocked I became.

At first it was just online. Rothschild bankers here, Holocaust revision there, but gradually I began to see the ripple effects from this undercurrent of antisemitism, appearing in places I would never have expected.

I finally broke my silence when a number of bus stops in London, the city where I live, were plastered with “Israel is a Racist Endeavour” posters – a reaction to Jeremy Corbyn’s attempt to omit parts of the IHRA’s definition of antisemitism. 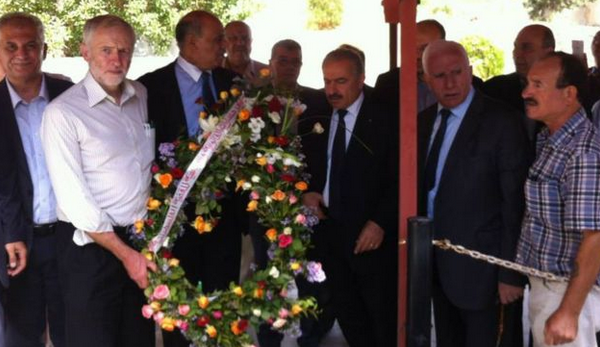 Jeremy Corbyn lays a wreath at Tunisia’s Memorial to the Martyrs of Palestine in 2014.

Knowing how decimating the Holocaust was in the years immediately preceding Israel’s inception, and the desperate plights that people faced to flee somewhere, anywhere to safety, and how often they were refused and turned away, I found this description as to the character of Israel’s existence deeply offensive.

Without irony, I’m shown just how little many people understand about antisemitism, simultaneously denying any evidence of it whilst actively participating in it – vilifying me, the Jew calling it out, as a paid Israeli shill, angrily comparing Israel to Nazis, or classing me as “Zionist racist scum” in response to me posting about anything but the subject of Israel and Palestine.

They cry “smear” or “anti-Zionist is not antisemitism” even in the face of outright Holocaust denial, finding new and obscene ways to explain or obfuscate it way, echoing the excuses often heard from their political heroes.

On Twitter, the messages I’m sent are often indistinguishable from that which you’d expect from a Neo-Nazi, yet the tweeters are identifiably not Neo-Nazis. The markers of the red Labour rose, coupled with the Palestine flag and the hashtags #GettheToriesOut and #JC4PM along with the standard claim to be “against racism in all forms” are their signature giveaways.

If I had a penny for every cry of, “Where’s your evidence” at the bottom of a whole thread of evidence, I’d be as rich as the so-called Rothschild bankers they hate so much.

After I used the recent anniversary of my ten years as Countdown’s numbers lady as an opportunity to give this topic a bigger platform, with an on-camera interview, an 11,500-word article was written with the sole intention of discrediting many brave and dedicated people standing up to antisemitism. I can only describe this article, as A-grade conspiracy garbage, complete with go-to clips, neo-Nazi like, to use to ‘prove’ that “antisemitism’s just a trick”. A quarter of the article was about me, including how I’m antisemitic and should be fired.

Subsequently, rewarded for his efforts, the author of this article tweeted delightedly to have been followed on Twitter by both Labour Shadow Chancellor John McDonnell and Labour General Secretary Jennie Formby. (I remain unfollowed by them.) On my birthday, I was shown a tweet from Karl Hansen, political advisor to Labour’s Shadow Transport Secretary Andy McDonald, which told his followers how I “smear my political opponents”, boost troll accounts and don’t stand up to bullying.

This is the tactic used over and over again against Jews — and, indeed, anyone speaking out against antisemitism in the Labour Party. The victim becomes the aggressor and the aggressor becomes the wronged-party. It’s gas-lighting. They can’t attack the facts so they attack the messenger.

I’ve had to do so much research and learning to even begin to have the tools to fight this. I’ve read books, watched videos, taken an online course, spoken to experts, spoken to Jewish groups, spoken to Labour Party members and MPs. I spent six hours on Christmas Day watching education videos on the history of antisemitsm, including so much not-so-festive stuff about the Holocaust.

It pains me to revisit these atrocities, it tires me, it angers me, but knowledge and truth are our only weapons. If I can do this in just a couple of months, there is no excuse for any Labour official not to take-up the same kind of learning themselves, when they clearly still haven’t got to grips with understanding this problem.

You need to know next to nothing to propagate Nazi or Soviet Jew-hating propaganda, reframed to fit today’s narrative, which spreads like wildfire and is dangerous. But you need to know nearly everything in order to combat it. The odds are stacked in the antisemite’s favour.

Every Labour official who labels this a smear, every disciplinary decision that gives the perpetrator a free pass while its victims are abused, or even disciplined themselves, is a disgrace.

My level of engagement in this issue is directly proportional to the amount of antisemitism and hostility to Jews and their allies I’m witness to, which is why it’s currently consuming my life.

Since speaking out, I’ve attracted the attention of a Who’s Who of antisemites and apologists, who’ve publicly criticised me. Neo-Nazis, naturally, have also shown their interest. A local Labour Party secretary repeatedly libelled me to Channel 4, ignoring my requests for her to check her facts and stop. Labour supporters have taken it upon themselves to contact my employers, calling for me to be sacked, suggesting we should rename our show ‘Eight out of Ten Cats does Paedophilia’ in my honour. I’ve seen thousands of untrue slights against my character, with those making them knowing they can do so to praise from their echo-chambers, in all likelihood with impunity – yet one misplaced word from me could be ruinous.

We need to re-stack those odds. No-one should have to risk their safety and jeopardise their career speaking out against antisemitism in Britain in 2019.

This has been happening to others for the last three years. Campaigners — the large majority ex-Labour people, deeply hurt by what they are seeing — have been called every name under the sun. They’ve postponed careers, degrees, lost businesses through harassment, and in recent weeks I’ve even seen three people baselessly libelled as paedophiles in a desperate attempt to discredit and silence them, and it’s all been allowed to happen in quiet.

It’s lonely speaking out about this. And we can’t win this fight alone, nor should we have to try. We’ve seen where antisemitism can lead from centuries of persecution. It never ends well.

We need to remember our history, and I am so grateful to groups like the Holocaust Educational Trust and speakers like Eva Clarke, who by sharing their stories help in the only way we know how to safeguard future generations from this ever being allowed to happen again.

This needs a bigger spotlight. This should be a national scandal. We need action rather than words. I call on all people, the media and politicians from every side to stand with us and be louder against antisemitism.