Religious Freedom and the Rule of Judges 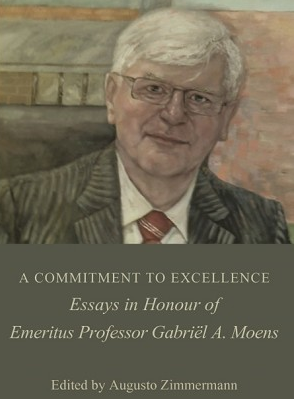 But in recent times, as most of us would know, anti-discrimination law in particular has been used to target proponents of the traditional definition of marriage and this problem could intensify now that same-sex marriage is legal.

I want to stress that same-sex marriage is now the law of the land. I accept that and, in a sense, helped to facilitate that by committing the government to a plebiscite.

But while same-sex marriage is now legal, and I have no plans to challenge that, what should continue to be maintained and protected is the rights of the church to teach the traditional concept of marriage and to keep sacramental marriage exclusively for a man and a woman. Likewise, the church should be able to teach its doctrine and to employ staff who respect that doctrine.

You give the judges enough scope and they go from being interpreters of the law to being, in effect, makers of the law. This is a real problem, given that judges are not accountable in the way that lawmakers normally are. Under these circumstances, the rule of law can easily become the rule of judges and we can easily find ourselves living not in a democracy so much as in a judge-ocracy.

When it comes to an issue such as freedom of religion, invariably people will say ‘of course, we must have freedom of religion’, but they will argue about a particular application of that principle to circumstances. For instance, people will say church schools are entitled to keep their ethos; but of course they can’t deal harshly with gay kids — as if any church school would deal harshly with gay kids.

But the natural desire to ensure that all are treated with decency and humanity should not also mean that church schools and other institutions with a particular set of values can be held hostage by activists. There are the practical questions that can so easily become very complicated in a situation enshrining broad general rights. Having thought about it again, in the light of the contributions to this volume, I am of the view that it would be better to leave undisturbed the exceptions to anti-discrimination law put in place by the Gillard government, than it would be to try in a very different political climate to improve on them. It says something about these times that what is clearly desirable is not necessarily politically feasible. O tempora, O mores!

Our duty is to improve things, and that’s what Gabriel Moens has been doing all his life. In the course of doing a bit of reading for tonight’s event, I came across an article in The Bulletin from December of 1984, just over 34 years ago. This article dealt with a report which had been written for the then-Human Rights Commission by a young academic at the Institute of Technology. His report was so clear-headed, so robust, that having commissioned the report, the Human Rights Commission refused to publish it. The author of that report, Dr Gabriel Moens, told The Bulletin that the problem with so much human rights legislation, and with so many of these human rights bodies, was that while they claimed to be promoting equality of opportunity, they end up promoting equality of outcome.

Dr Moens told the The Bulletin that the “replacement of the ideal of equality of opportunity with that of equality of outcome was the most important social change since the Second World War.” He added that this is a rather disturbing development in our society, as it “interferes with the right of people not to be discriminated against and interferes with their legitimate expectations to be promoted on the basis of merit.” He went on to say that affirmative action “is in danger of becoming a racket: the only real beneficiaries of affirmative action may turn out to be women, and upwardly mobile middle-class women at that, and a man who wants to deal with this issue is treated as a trespasser, he might have ideas incompatible with those of the feminist groups.”

It was rare, even then, to find an academic of such fearlessness. I thought it was even rarer today, until I read the contributions in this volume. So it seems, Gabriel, that not only have you been a beacon of light but you have won many disciples. Common sense in this area might be less rare than many of us have thought.

While there’s not a chapter in this book which isn’t well worth reading, the most topical chapters, I believe, were those dealing with religious freedom and I want to particularly thank our editor, Augusto Zimmermann, also Keith Thompson, the Associate Dean here, and Michael Quinlan, the Dean here, for their really high quality contributions.

This is an edited version of the speech given on January 23 by Tony Abbott at the University of Notre Dame Sydney Law School, Sydney, to launch A Commitment to Excellence: Essays in Honour of Emeritus Professor Gabriël A. Moens, edited by Augusto Zimmerman, (Connor Court Publishing).