The Muse of the Local Tip

Few these days would recall a quite remarkable  woman, Renee Erdos, who passed away in 1993, leaving a substantial estate and instructions that a portion of her fortune be dedicated to the promotion of art and the artists who make it. The granddaughter of Portuguese-born painter Arthur Loureiro, a minor member of the Heidelberg School, her bequest honoured a family heritage steeped in oils and pastels. Having studied at Sydney University, an institution for which she maintained an abiding affection, it must have struck her that she could find no more worthy nor responsible steward of her money and posthumous intentions.

This week the university announced artist Nick Dorey as the latest recipient of the $28,000 Fauvette Loureiro Prize, named in honour of Ms Erdos’ mother, the painter’s daughter. What the award’s late patron might have made of his artistic efforts we’ll never know, but we can well imagine. While grandpa Loureiro was a figurative artist, albeit subject to eruptions of Victorian sentimentality and, every now and again, downright kitsch (below), he was a bona fide artist. One looks at his landscapes, for instance, and recognises trees, hills, horizons – the sort of things a layman can easily appreciate and readily understand. 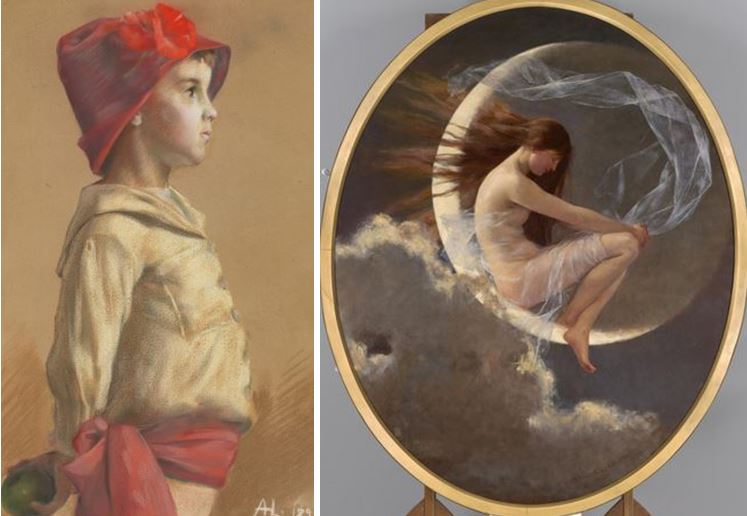 The innovative Mr Dorey represents another school of thought entirely. The rudiments of a stunning, prize-winning work are to be obtained at the local tip, he explained to the ABC after being honoured for installing, as they say, a work in the lobby of Albury’s municipal art gallery. Consisting of old tyres, a sandbagged wading pool, discarded lumber and other ratty junk, it bears the title The Drowning of Hermaphroditis. If you have four minutes to spare and an extreme tolerance for pretentious nonsense you can learn of the link between done-in Dunlops and Greek mythology at this audio link. The artist and his Albury creation are pictured below. 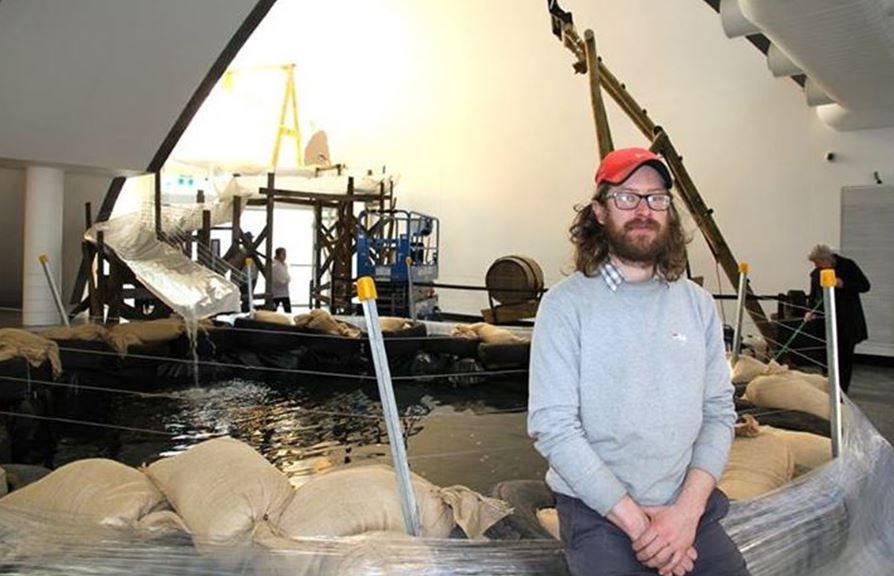 Mr Dorey’s latest work, the homage to beauty that scored him the current windfall and will pay for artistic explorations of the US and Britain, is pictured below. 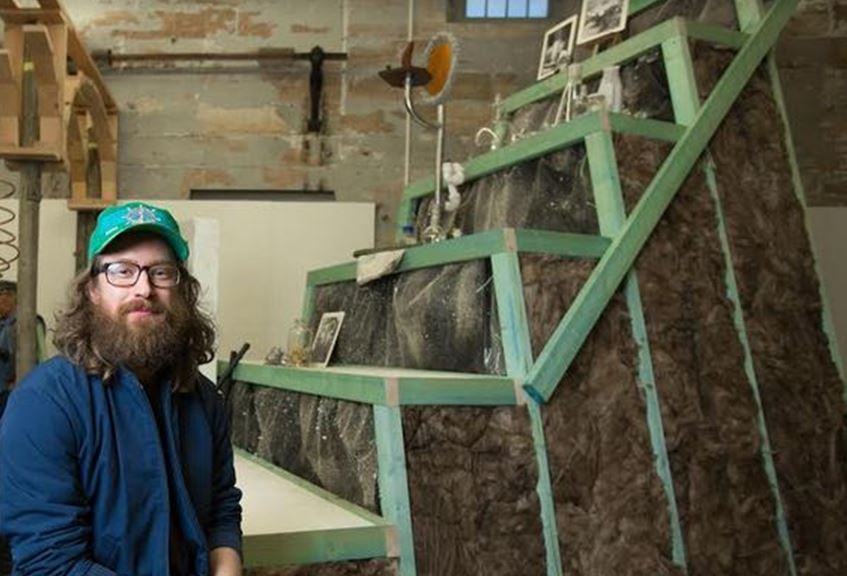 The appreciation of art is, of course, an entirely subjective matter, so opinions will vary on the worth of Mr Dorey’s prize-winning effort, pictured above. Some – philistines, no doubt, in the view of Sydney University’s professors of post-modernism — will see only a set of jerry-built steps stuffed with what appears to be dirty insulation — is there no end to the charity of the local landfill? —  and garnished with a random scatter of nick-nacks. But what do such uncultured brutes know of art and beauty! Chair of the judging panel, Professor Margaret Harris, explains what might well have escaped the untutored eye:

“Nick’s towering piece is at once seductive and repulsive. It challenges and rewards the attentive viewer in every one of its intricate details.”

Sydney University’s press release goes on to advise that Mr Dorey will use the prize money “to undertake two overseas trips and three distinct artist endeavours”, adding that one of his stops will be in Devon at (emphasis added) “an underground silver galena mine once owned by John Dee, the court alchemist of Queen Victoria.”

Who knew Queen Victoria employed an in-house alchemist? Dee would have been well into his fourth century by that stage, having been born in 1527.

Unlike art, you can’t just make up history as you go along. But at Sydney University, where the muse resides in the local tip, apparently you can.

The War That Shall Not Be Mentioned